To some, his actions from the bench are more intimidating. Whether it is investigating former President Jair Bolsonaro, arresting protesters on slim evidence or banishing his far-right supporters from social media, de Moraes has been aggressively pursuing those suspected of undermining Brazil’s fragile democracy.

In the wake of this month’s attack on Brazil’s Congress, presidential palace and Supreme Court by a mob of Bolsonaro supporters seeking to overturn the recent election, de Moraes’ role as chief judicial power broker has expanded further. Some accuse de Moraes of overstepping in the name of protecting Brazilian democracy from the twin threats of political violence and disinformation. Others view his brash tactics as justified by extraordinary circumstances.

“Our democracy is in a situation of extreme risk, so it is understandable that some exceptional restrictions be put in place,” said Juliana Cesario Alvim, a human-rights professor at the Federal University of Minas Gerais who has researched the Supreme Court’s decisions. “But that doesn’t mean there shouldn’t be criticism of how these cases are handled.”

Defining the boundaries of free speech isn’t just a conundrum in Brazil. In the U.S., some conservatives see content moderation of social media as censorship. Some liberals say that not enough is being done to root out hatred, violence and misinformation.

In Brazil, Bolsonaro loyalists who say de Moraes is muzzling expression have recently gained support — and the social media megaphone — of Pulitzer Prize-winning journalist Glenn Greenwald, who resides in Brazil.

Unlike the U.S., where the First Amendment is an almost sacred text taught in every middle school, Brazil’s constitution is more unwieldy. Drafted in the aftermath of the 1964-1985 military dictatorship, it contains of a long list of aspirational goals and prohibitions against specific crimes such as racism and, more recently, homophobia. But freedom of speech is not absolute, according to Jane Reis, a federal judge and law professor in Rio de Janeiro.

Still, some of de Moraes’ decisions have raised eyebrows — even among his defenders. In August, he authorized search warrants targeting business leaders after a local media outlet reported that they had a private group chat that included loose talk favoring a possible coup, but did not seem to show a coordinated effort to topple democracy.

The Supreme Court decided in 2019 to investigate fake news and threats against the top court’s justices, dramatically bolstering de Moraes’ authority to raid, censor and even jail antidemocratic voices.

The move immediately generated controversy and was unprecedented because it wasn’t the result of a request from lawmakers or a government institution. The probe has been carried out with the court’s magistrates — and de Moraes as lead investigator — serving as accuser, victim and arbiter all at once, according to critics. The court denies that characterization, saying it would rule only on charges prosecutors present or against someone who has special legal protection, such as a sitting lawmaker.

Soon enough, de Moraes turned attention to Bolsonaro. In 2020, police raided the homes and froze the social media accounts of far-right supporters and YouTubers, Pro-Bolsonaro lawmakers argued for de Moraes’ impeachment, claiming that he was biased against the far-right leader. Bolsonaro for months used his sizable social media presence to raise unfounded doubts about Brazil’s electronic voting system, pitting him against de Moraes as he assumed the presidency of the electoral authority.

Since Bolsonaro’s loss to leftist former President Luiz Inácio Lula da Silva in an October runoff, de Moraes’ crusade has intensified. Three days after the mob stormed Brazil’s capital, de Moraes ordered Facebook, Twitter, TikTok, and Instagram to block the accounts of individuals accused of inciting or supporting attacks on Brazil’s democratic order. Failure to comply within two hours would result in a fine of 100,000 reais ($20,000) per day, according to the secret edict first revealed by Greenwald.

Among those targeted are Nikolas Ferreira, a 26-year-old YouTuber who received the most votes of 513 federal lawmaker candidates in the last election. Days after the assault, Ferreira falsely blamed the incoming administration for the violence.

“In the name of democracy, an unelected judge is silencing the elected representatives of the people on the internet,” Greenwald, who fashions himself a free-speech absolutist, said in an interview.

Telegram has declined to block Ferreira’s account. Local media reported Wednesday, without specifying its sourcing, that the company sent a letter to de Moraes saying that the content-removal orders impede legitimate discussions, imply censorship and curb freedom of expression.

Ferreira thanked Telegram on his channel, the only public platform he can still use.

“They literally want to disappear me from the internet. Surreal,” he wrote.

Moraes on Wednesday fined Telegram 1.2 million reais ($237,000) for failure to comply, and gave the company five days to pay, according to the text of his decision.

Legal scholars point out that de Moraes isn’t acting on his own. His decisions, while sometimes taken swiftly in response to news reports, must eventually be ratified by the court’s full bench. In the absence of any action from the prosecutor-general — a Bolsonaro appointee — de Moraes has been thrust by his colleagues to the front of their fight against far-right radicalism.

The legal experts say that the free speech debate distracts from the bigger concerns about overreach, pointing to a few de Moraes decisions not analyzed by the full bench, including arrests, and the origin of the fake news probe.

“The responses of the judiciary must be proportional to the attacks and should not be excessive,” said Marcus Vinicius Furtado Coelho, a former president of Brazil’s bar association, who made clear he agrees with almost all of de Moraes’ decisions. Coelho added that the judiciary should arrest people only as “the last resort, and only necessary and after a fair trial.”

Brazil’s Supreme Court said in a statement that “every investigation is absolutely constitutional.” It added that de Moraes’ rulings in the fake news probe were confirmed by the full court on 40 occasions, as many other investigations under his watch move forward with the court’s authorization.

Moraes, 54, appears to relish his image as an enforcer. Uniquely among the Supreme Court’s justices, who hail mostly from other courts or prosecutors’ offices, he initiated his legal career as a criminal defense attorney. Later, he took the reins as the security chief of Sao Paulo, the most populous state.

So far, many leftists and some moderates have seemed willing to turn a blind eye to any potential overreach so long as Bolsonaro’s movement is contained.

But they were blasting him as a “coup monger” when he was nominated to the Supreme Court six years ago, accusing him of plotting to impeach then-President Dilma Rousseff, a close Lula ally.

During the Jan. 8 invasion of government buildings, a door from de Moraes’ office was ripped off and proudly displayed to an excited mob. Hours later, the justice was issuing arrest warrants for hundreds who partook in the mayhem.

“These people are not civilized. Just look what they did,” de Moraes said in a speech days later. “The Supreme Court, I am absolutely sure, with legal support, with our constitution, and the Federal Police, will punish everyone responsible.” 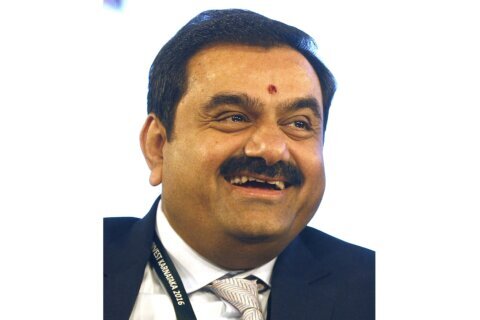