COMANESTI, Romania (AP) — Centuries ago, people in what is now northeastern Romania would don bear fur and dance to fend off evil spirits. Nowadays, the custom lives on as a popular festival that has been drawing crowds of tourists.

The so-called ‘dancing bears festival’ takes place every December, starting in the days before Christmas and ending with New Year’s Eve.

Hundreds of bear-costumed people of all ages roam villages and towns while dancing to the deafening sound of drums. The festival has done wonders for local tourism but has triggered criticism from animal rights groups over the use of real bear skins.

Locals say that the custom dates back to the pre-Christianity era when it was believed that wild animals guarded people from misfortune or danger. Dancing bears, therefore, went to people’s homes and knocked on their doors for luck and a happy new year.

Brown bears are widely present in Romania’s tradition and culture, and often can be seen by mountain roads and in forests. Excessive bear hunting prompted the authorities to issue a ban in 2016, except when the numbers grow too big or in case of illness.

The festival highlight falls on Dec. 30, when hundreds of bear-clad people — some 30 bands from all over the region — descend on the regional center of Comanesti for the finale of the street festivities.

Residents are happy that the tradition has lived on since many people left the region in 1990s looking for jobs in Western Europe after the fall of Communism.

Visitors come from as far away as Japan for the sight: rows and rows of gaping jaws and claws marching and dancing. Giant, red pom-pom decorations are added to the furs to give them the look of a marching band.

Animal rights groups have expressed concern that the festival fuels bear hunting for costumes. Participants defend the event, saying that most of the furs have been preserved for generations and treated with great care.

Another local tradition in Romania, the forcing taming of bears in captivity to dance for audiences, was curbed decades ago to halt animal abuse. 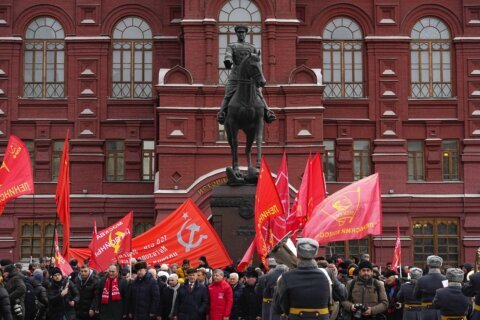 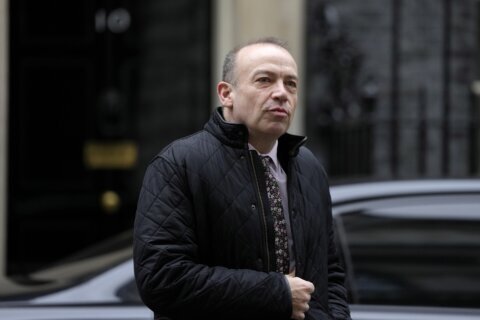 UK to probe whether 1998 Omagh bomb could have been stopped