IDLIB, Syria (AP) — A humanitarian convoy on Sunday delivered urgently needed supplies to Syria’s last rebel stronghold, a day before the U.N. Security Council is set to vote on a resolution that would determine whether aid deliveries to the war-stricken territory can continue.

Syria’s conflict has killed hundreds of thousands and displaced half the country’s pre-war population of 23 million since it began in March 2011.

The convoy of 18 trucks entered the area of Idlib through frontlines held by Syrian government forces.

Russia, which is allied with Syrian President Bashar Assad, has moved to replace humanitarian aid crossing the Turkish border into Syria with convoys like Sunday’s shipment, which pass through government-controlled areas. In the early years of the war, Turkey strongly supported Syria’s rebels.

In July, the U.N. Security Council approved a resolution extending humanitarian aid deliveries to Idlib, which is home to 4.1 million people. Many of the people sheltering in the area have been internally displaced by the nearly 12-year conflict.

Russia is expected to abstain in Monday’s vote. The draft resolution would continue aid deliveries through the Bab al-Hawa crossing to rebel-held northwest Syria for six months, until July 10.

In Idlib, dozens of paramedics on Sunday protested outside a main medical center against any attempt by Russia at the U.N. to prevent the flow of aid from Turkey.

On Friday, 14 aid trucks crossed from Turkey through the Bab al-Hawa frontier point — Idlib’s only land connection with the outside world.

Last month, U.N. Secretary-General Antonio Guterres warned in a report that the already dire humanitarian situation in Syria is worsening, and said if aid deliveries from Turkey to Idlib aren’t renewed millions of Syrians may not survive the winter.

In July 2020, China and Russia vetoed a U.N. resolution that would have maintained two border crossing points from Turkey for humanitarian aid into the northern Syrian rebel stronghold. Days later, the council authorized the delivery of aid through just one of those crossings, Bab al-Hawa, and this has been the case since.

Russia has repeatedly said the cross-border aid deliveries that began in 2014 were meant to be temporary.

Guterres said deliveries have increased across conflict lines within the country, like Sunday’s delivery, which Russia has pressed for. But he said they cannot substitute for “the size or scope of the massive cross-border United Nations operation.” 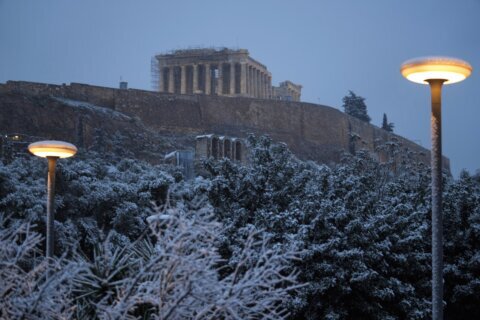 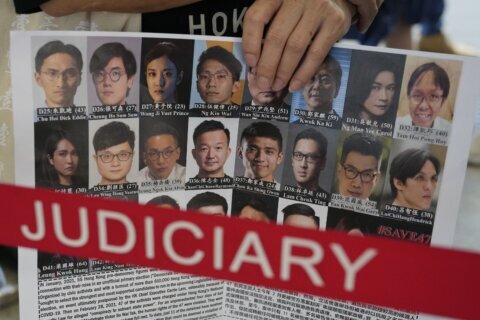