Uganda gets Ebola vaccine doses for trial on Sudan strain

KAMPALA, Uganda (AP) — Uganda’s government says it has received more than 5,000 doses of Ebola vaccines for a clinical trial to assess their protection against the Sudan strain of the virus that caused an outbreak with over 50 deaths.

Health Minister Jane Ruth Aceng told journalists on Thursday that a global expert consultation will be held on Jan. 12 to determine when the trials should start.

That’s a day after the World Health Organization is expected to declare the Uganda outbreak over if no new cases are reported. According to WHO guidelines, an outbreak is declared over if there are no new infections within 42 days.

Uganda has recorded 142 cases including 56 deaths since the Ebola outbreak was announced in September. The Sudan strain of the virus, unlike the Zaire strain that has caused outbreaks in neighboring Congo in recent years, has no proven vaccine.

This outbreak, the first in a decade of the less common Sudan strain, is a chance for clinical trials of the three vaccines donated by the U.S.-based Sabin Vaccine Institute, University of Oxford and Merck.

Uganda’s health minister said participation in the trials will be voluntary, and the vaccines will not be used outside the trials.

She thanked the U.S., British and Canadian governments as well as international agencies like the WHO, the Health Emergency and Preparedness and Response Authority and the Coalition for Epidemic Preparedness Innovations for funding the trial process.

Ebola, which can sometimes manifest as a hemorrhagic fever, spreads through contact with the bodily fluids of an infected person or contaminated materials. The World Health Organization has said the fatality rate of the current outbreak is about 40%. 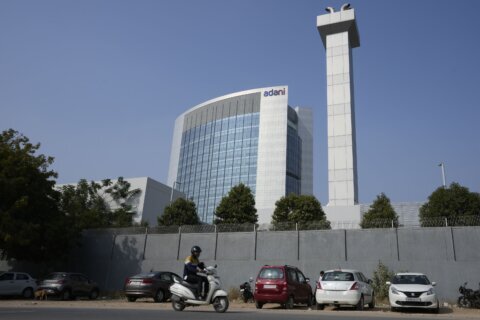