ISTANBUL (AP) — Turkey’s foreign minister on Tuesday called the refusal of Sweden’s top court to extradite a man wanted by Turkey a “very negative development,” as Ankara continues to delay Sweden and Finland’s membership in NATO.

Mevlut Cavusoglu said Turkey’s request for the extradition of Bulent Kenes was rejected despite a memorandum signed by Turkey, Sweden and Finland that prevented Turkey’s veto of their NATO bid in June.

Kenes, 53, who has asylum in Sweden, was the editor of the English-language Today’s Zaman newspaper, which was owned by the network linked to U.S.-based Muslim cleric Fethullah Gulen. It was closed down as part of a government crackdown on the group.

Turkey blames Gulen for the failed coup in 2016 and considers his network to be a terror organization. Turkey also accuses Kenes of being among the coup plotters.

On Monday, Sweden’s Supreme Court said that there were “obstacles to extradition because it is a matter of so-called political crimes, i.e. crimes that are directed against the state and that are political in nature.”

The joint memorandum states that Finland and Sweden “will not provide support to… the organisation described as FETO,” which is Turkey’s designation of Gulen’s network. Cavusoglu said “coup plotters” there would have to be extradited.

He repeated that Turkey needed to see “concrete steps” rather than “beautiful words” in order to approve the Nordic countries’ NATO membership. Cavusoglu said his Swedish counterpart, Tobias Billstrom, would visit Ankara on Thursday.

NATO-member Turkey has been holding up bids by Sweden and Finland to join the military alliance after they dropped their longstanding policies of military nonalignment following Russia’s invasion of Ukraine, pressing for the two Nordic countries to crack down on groups it considers to be terrorist organizations and extradite suspects wanted in Turkey. Any decision on NATO enlargement requires approval by all alliance members.

The parliaments of Turkey and Hungary have yet to ratify the NATO applications. The 28 other NATO states have already done so. 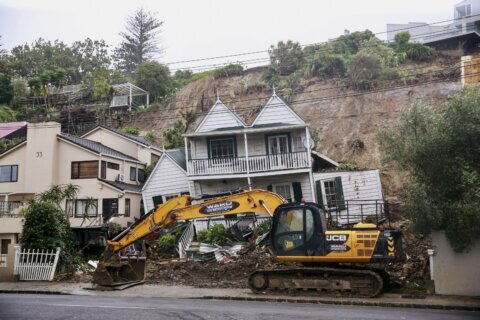