Russians find asylum lifeline to US, but at a high price

Asylum is supposed to be free and for those most in need, but some are charging to help those seeking it.
Listen now to WTOP News WTOP.com | Alexa | Google Home | WTOP App | 103.5 FM
(1/4) 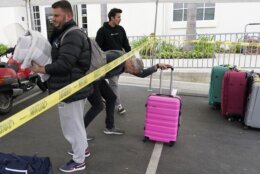 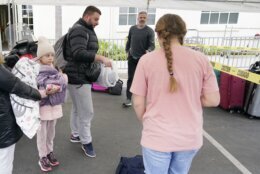 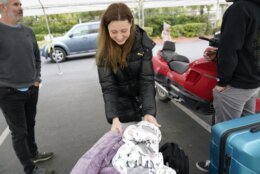 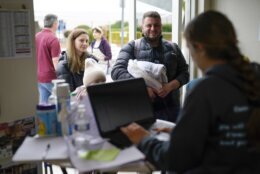 CHULA VISTA, Calif. (AP) — Phil Metzger promises to arrange entry to the United States for Russian-speaking asylum-seekers through unmatched connections with U.S. border officials and people in Mexico who can guarantee safety while traveling. Though seeking asylum is free, the pastor of Calvary San Diego said his services are “not cheap.”

In an interview with a Russian-language YouTube channel, he touted direct computer access to U.S. Customs and Border Protection to enroll migrants and was vague about “opportunists” in Mexico who ensure customers’ safety after they fly there on tourist visas and while they wait in Tijuana to cross.

“I just know there’s a lot of power on that side that I just don’t control,” the evangelical Christian pastor said. “But I do have one control. I control who goes across. So I have to negotiate. To keep those people safe, I have to negotiate with those in power (in Mexico).”

Asylum is supposed to be free and for those most in need; many have been unable to even ask for protection under COVID-19 restrictions that are set to expire Wednesday.

Yet Metzger’s service, as described in the 25-minute interview last month at his church in the San Diego suburb of Chula Vista, is a private money-generating enterprise that uses its government connections to bypass those restrictions. It’s part of an opaque, bewildering patchwork of exemptions CBP has developed. Immigration advocates select who gets in, though CBP has final say.

Asked about an outside group charging money, the Department of Homeland Security said there is no fee related to exemptions from asylum restrictions and that it will “look into any allegation of abuse.”

“DHS takes any allegations of fraud or abuse of our immigration systems very seriously,” it said in a written response to questions about the service.

The pastor did not respond to text, email and phone messages left over a week and his office was closed when a reporter went there on a recent weekday afternoon.

This story is part of an ongoing Associated Press series, “Migration Inc,” which investigates individuals and companies that profit from the movement of people who flee violence and civil strife in their homelands.

Migrants have been denied rights to seek asylum more than 2.5 million times since March 2020 on grounds of preventing the spread of COVID-19 under Trump-era restrictions known as Title 42.

Exemptions are supposed to be for migrants deemed most vulnerable in Mexico — perhaps for gender identity or sexual orientation, or for being specifically threatened with violence — but some partners say CBP doesn’t question choices and that migrants selected often face no unusual danger. The agency doesn’t publicly identify its partners or how many slots are made available to each, leaving migrants guessing who they are and which ones are best connected to U.S. authorities.

In El Paso, Texas, CBP gives out 70 slots daily, half for the government of Mexico’s Chihuahua state and the rest for attorneys and advocacy groups, said Nicolas Palazzo, an attorney for Las Americas Immigrant Advocacy Center, which participates in the arrangement. He said some attorneys unaffiliated with his organization charge migrants for the service.

In Piedras Negras, Mexico, across from Eagle Pass, Texas, the city government chooses who escapes the reach of Title 42, according to a report last month from the University of Texas at Austin Strauss Center for International Security and Law. In Reynosa, across from McAllen, Texas, a migrant shelter picks who crosses, while in Laredo, Texas, there are no exemptions, the report says.

In San Diego, CBP exempts about 200 people daily, including 40 slots that are set aside for Russian speakers working through Calvary San Diego, said Enrique Lucero, the city of Tijuana’s director of migrant affairs, who regularly communicates with U.S. officials.

Other slots in San Diego are for advocacy groups Al Otro Lado, which operates an online registration list, and Border Angels, which leans on migrant shelter directors to select who gets to cross, and the U.S. Committee for Refugees and Immigrants, a refugee resettlement organization.

CBP is allowing more Russians to enter the United States with Title 42 exemptions, with about 3 in 4 coming through California border crossings with Mexico. In October, it exempted 3,879 Russians, more than triple the same period a year earlier. It exempted 21,626 Russians in the fiscal year that ended Sept. 30, more than five times the previous year.

In the YouTube interview last month with Alex Moore, Metzger said his call center fields more than 1,000 inquiries a day. CBP tells him how many people can cross and “I control who crosses.”

“Honestly, we think it was God opening a door for us,” said Metzger, who grew up in Southern California but spent much of his adult life in Eastern Europe.

Metzger is unclear on who he pays to greet customers in Mexico and bring them to the border, saying he doesn’t know them.

Through a Telegram account called Most V USA, the cost for single adults paying cash was 1,800 (presumably U.S. dollars) Monday — a “price reduction.” For married couples paying cash, the cost was $3,500. Online payments were $300 less for individuals and $500 less for couples. Children were free.

“You pay not for the crossing, but for the consultation on the crossing,” Most V USA says on its website. “We use the only legal way available to our organization — making an appointment with a CBP officer at the border.”

The price includes crossing to the United States safely in groups from Tijuana to San Diego, with a bag containing water and protein bars.

Metzger opened his large church to Ukrainian refugees after Russia’s invasion this year, working with volunteers on a smooth-running operation that deployed a mobile app used to track church attendance. Ukrainians who flew to Tijuana were told to report to a San Diego border crossing as their numbers approached, a system organizers likened to waiting for a restaurant table.

Metzger touts connections with CBP developed during that time and warns about falling for scammers who use his Most V USA brand.

“No, it’s not cheap. No, it’s not easy but we will make sure that it is safe and that you will get into the States,” he said. 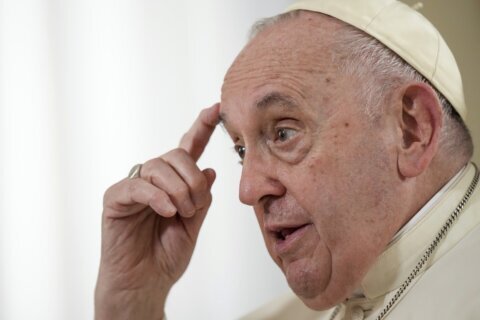