Ireland minister: `The world is a crazy and tragic place’

UNITED NATIONS (AP) — Ireland’s foreign minister says “the world is a crazy and tragic place at the moment,” pointing to the war in Ukraine and other conflicts, looming famine in the Horn of Africa, Iran’s expanding nuclear program, global impacts of climate change and a polarized U.N. Security Council as some of the major challenges.

In a wide-ranging interview Wednesday with The Associated Press, Simon Coveney also addressed problems closer to home, saying he hopes that quiet ongoing negotiations between Britain, Ireland and the European Commission can resolve difficult Brexit issues by April 10, the 25th anniversary of the Good Friday Agreement, which largely ended three decades of sectarian violence in Northern Ireland in which more than 3,000 people died.

Coveney, who came to New York as Ireland is nearing the end of its two-year term on the Security Council, called his country’s experience on the U.N.’s most powerful body “one of frustration at times,” saying there are examples of the council achieving “good things, but unfortunately, there are many more examples where the Security Council has failed.”

He cited its failure “over and over again” to protect vulnerable people around the world, its failure to adopt a single resolution on the war in Ukraine because of Russia’s veto power, and the council’s membership which reflects the post-World War II world not today’s global powers, and importantly has no permanent seat for an African country.

Coveney said history will also be “a very harsh judge” of a lot of countries for what has been allowed to happen during the 11-year war in Syria, “and the human suffering that has flowed from that.”

He said Ireland and Norway are trying to renew a resolution that expires Jan. 9 before they leave the council at the end of December that would continue U.N. authorization for humanitarian aid to be delivered from Turkey to rebel-held northwest Syria where 4.5 million people — “almost the population of Ireland” — need food, medicine, tents and education for their children.

“I think we can get it done,” Coveney said. “I don’t want to say that with too much confidence because, of course, ultimately, this is up to Russia to decide.” Russia, Syria’s closest ally, has sought to reduce cross-border aid, with the aim of eliminating it, using its veto threat — and deliveries are now limited to a single crossing for just six months.

“And let’s hope that we find a way of bringing the madness of war in Ukraine to an end in a much, much shorter timeframe than has happened in Syria, or in Yemen,” he said. Civil war in Yemen began in 2014 and is continuing after a six-month truce ended in early October.

When Ireland joined the Security Council in January 2021, Coveney said it never dreamed of the scale of conflict the council would attempt to try to deal with, including in Ethiopia which is “hardly in the news,” in Afghanistan where the U.S. and NATO exit and the Taliban takeover have created “huge suffering and vulnerability for the female population,” and in Ukraine.

As a foreign minister and defense minister, Coveney said he never thought he would see a war in Europe with a level of “brutality and aggression” not seen since World War II where “a military superpower,” decided to try to change international borders by force by invading Ukraine on Feb. 24 and is “now unapologetically and blatantly targeting civilians and civilian infrastructure as well, to try and make life impossible in Ukraine.”

The minister said Ireland sees “significant war crimes happening almost on a daily basis” and is supporting the International Criminal Court, which is investigating alleged crimes, both politically and financially.

Ireland is militarily neutral, he said, but it has taken in 65,000 Ukrainian refugees and is supporting the Ukrainian military by paying for items including uniforms, fuel, body armor, food and medical supplies.

“So we are part of this war and we want to bring it to an end,” Coveney said.

But he said Russia can’t be allowed to succeed in Europe or anywhere else because “it creates a precedent for other powerful countries to dominate their neighbors militarily,” he said.

Given the sacrifices Ukraine has made — and Coveney estimated at least 250,000 civilians and military have been killed — the world must be guided by what the Ukrainian government can accept when it comes to ending the war, he said.

Coveney expressed hope that through diplomacy and the military reality on the ground, Russia will change course.

“I can assure you that the EU and the U.S. and other partners will not ever abandon Ukraine,” he said.

Closer to home, Coveney spoke of the ongoing Brexit issues following Britain’s 2020 exit from the European Union which upended the open border between Ireland and Northern Ireland, which is part of Britain, following the 1998 Good Friday peace agreement, and the lifting of trade barriers because Ireland and Britain were both EU members.

When Britain left the EU, an agreement known as the Northern Ireland Protocol was reached to keep the Irish land border free of customs posts and other checks because an open border is a key pillar of the peace deal. But instead, there are checks on some goods entering Northern Ireland from the rest of the United Kingdom.

In May, Northern Ireland elected a new Assembly that saw the Irish nationalist party Sinn Fein that seeks union with Ireland win the most seats for the first time and the Protestant pro-British Democratic Unionist Party coming in second.

But the DUP says the checks on goods undermine their place in the U.K. and have refused to join a power-sharing government until they are scrapped. Under the Good Friday agreement, no government can be formed without agreement of both the biggest unionist and nationalist parties.

Coveney expressed hope “that in the next few weeks we will find a way to make the protocol work for everybody — unionists, nationalists, London, Dublin, Brussels, and we’ll finally allow ourselves to be able to move on from this circular and negative debate.” 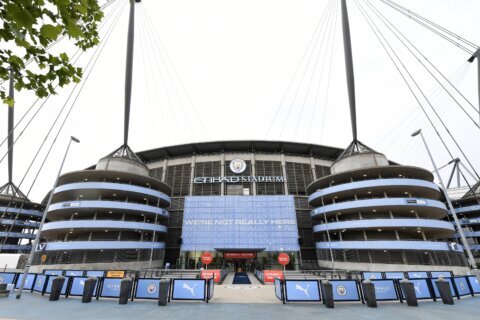 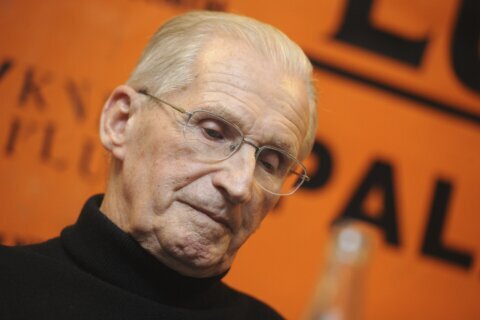