CAIRO (AP) — The International Monetary Fund has approved a deal that will provide a $3 billion support package to cash-strapped Egypt over a period of almost four years, with the agreement expected to draw in an additional $14 billion in financing for the Middle East country.

The announcement from the IMF’s executive board late on Friday comes after a preliminary agreement was reached in October between Egypt and the fund. That initial deal came hours after Egypt’s central bank introduced a series of reforms, including a hike in key interest rates by roughly 2 percentage points.

The Egyptian economy has been hard-hit by the coronavirus pandemic and the war in Ukraine, events that have played havoc with global markets and hiked oil and food prices worldwide. The Egyptian pound has lost 36% of its value against the dollar since March.

Egypt is the world’s largest wheat importer, most of which came from Russia and Ukraine. The country’s supply is subject to price changes on the international market.

The deal announced Friday — known as an Extended Fund Facility Arrangement — is expected to cover a period of 46 months and will give the Egyptian government immediate access to about $347 million, which will help the nation bolster its balance of payments and budget, the IMF said.

The statement said the package is expected ‘’to catalyze additional financing of about $14 billion from Egypt’s international and regional partners.

According to the IMF, the package will introduce wide-sweeping economic reforms, including a ‘’durable shift to a flexible exchange rate regime” and a ‘’monetary policy aimed at gradually reducing inflation.”

It also envisages structural changes to the Egyptian economy to rebalance ‘’the playing field’’ between the state and private sector, IMF said.

For months, Egypt has been battling spiraling inflation, with its yearly rate reaching over 18% in November.

For decades, most Egyptians have depended on the government to keep basic goods affordable through state subsidies and other similar schemes. About a third of Egypt’s 104 million people live in poverty, according to government figures. 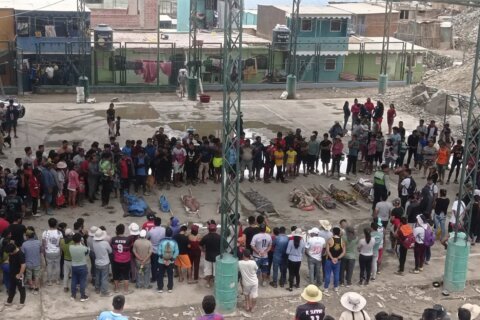