BANGKOK (AP) — Stocks rose Wednesday in Asia after a rally on Wall Street spurred by news that inflation in the U.S. cooled more than expected last month.

The 7.1% consumer price index reading for November raised hopes Tuesday for easing pressure on the economy ahead of an interest rate policy update from the U.S. Federal Reserve.

The Fed is widely expected to raise its benchmark rate a half-point Wednesday, smaller than the past four hikes of three-quarters of a point.

Also Wednesday, the Bank of Japan’s quarterly “tankan” survey showed a deterioration in business conditions for major Japanese manufacturers, reflecting higher costs for industrial inputs and energy and weaker demand as the Fed and other central banks raise interest rates to tame inflation.

The headline index for large manufacturers was 7, down from 8 in the previous quarter and the fourth straight quarter of declines. The tankan measures corporate sentiment by subtracting the number of companies saying business conditions are negative from those responding they are positive.

Conditions for nonmanufacturers, such as service industries, rose to 19 from 14, as Japan lifted pandemic precautions and reopened to foreign tourists.

“Today’s Tankan survey suggests that while the services sector is going from strength to strength, the outlook for the manufacturing sector continues to worsen,” Darren Tay of Capital Economics said in a commentary. He noted that capital spending projections also weakened slightly.

Stocks pared back gains as analysts cautioned investors not to get carried away by hopes for an easier Fed, as they have in the past.

The detail of the inflation data “under the hood being less encouraging than it is on the surface,” Mizuho Bank economists said in a report. They noted that core services prices were up 0.4% from a month earlier, distorting inflation risks.

“To be precise , the headline understates underlying inflation risks that concern the Fed,” the report said.

Tuesday’s report offered hope that the worst of inflation really did pass during the summer, though inflation remains painfully high and shoppers are paying prices well above levels from a year earlier.

A Fed rate hike of 0.50 percentage points would usually be a big deal because it’s double the typical move. But with inflation coming off its worst level in generations, it would be a step down from the four hikes of 0.75 percentage points the Fed has approved since the summer.

Some of Wall Street’s wildest action Tuesday was in the bond market, where yields fell sharply immediately after the inflation report’s release.

The yield on the 10-year Treasury, which helps set rates for mortgages and other important loans, fell to 3.50% from 3.62% late Monday. The two-year yield, which more closely tracks expectations for the Fed, dropped to 4.22% from 4.39%.

Other central banks around the world, including the European Central Bank, are also likely to raise their own rates by half a percentage point this week.

Even if inflation is finally abating, the global economy still is threatened by rate increases already pushed through. The housing industry and other businesses that rely on low interest rates have shown particular weakness, and worries are rising about the strength of corporate profits broadly.

In other trading, U.S. benchmark crude lost 19 cents to $75.20 per barrel in electronic trading on the New York Mercantile Exchange. It jumped $2.22 on Tuesday to $75.39 per barrel.

Brent crude, the pricing basis for international trading, shed 23 cents to $80.45 per barrel. 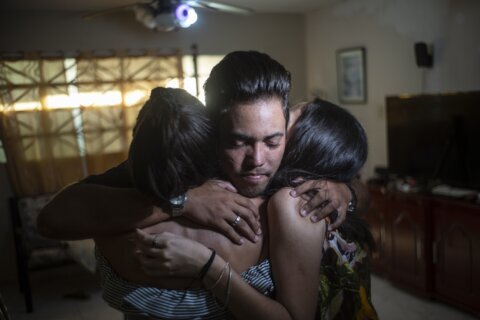