As sports betting grows in Africa, many see a real scourge

KAMPALA, Uganda (AP) — The Ugandan health official was so sure Argentina would win its World Cup soccer match against Saudi Arabia that he gambled $1,800 advanced to him by authorities as allowances for 243 people who had participated in a polio immunization campaign.

Argentina lost, and the official was in trouble. Later he was chased by an angry crowd, locked himself indoors for days, and now faces consequences that include the possible loss of his job, according to his supervisor.

In at least five African countries, gamblers and experts said that many see the growing sports betting industry as a source of regular income, and a possible path out of poverty. Critics warn that sports betting in Africa is underpinned by widespread poverty, unemployment and poor or non-existent regulation.

In Uganda, an East African country where annual income per capita was $840 in 2020, sports gamblers range from students to politicians, night watchmen to civil servants like the hapless health official who now is being asked to refund money he doesn’t have.

“First he said he had taken a loan and the money had been intercepted. But I knew he was lying and kept asking him to tell me what exactly had happened. He broke down and said, ‘Doctor, I have to tell you the truth. I bet the money on Argentina,’” said Mark Bramali, the top health officer in the district of Zombo.

Continent-wide data on sports betting is not readily available, but snapshots from different countries show its growing popularity. Online gaming platforms have enjoyed recent growth, driven by widening adoption of mobile payments and pandemic-era demand for digital entertainment. Much of the betting focuses on soccer games in Europe.

A South African government survey from 2017, the most recent on gambling, found that sports betting grew 14% per year from 2008 to 2016, even as the number of South Africans who gambled fell from 57% to a third of the country’s adult population.

Today, online sports betting makes up 45% of the South African gambling market, “a starkly different picture to just 10 years ago when casinos held 80% of market share,” said the National Gambling Board.

Sibongile Simelane-Quntana, executive director of the South African Responsible Gambling Foundation, said that her group has seen “significant growth” in online sports betting in the aftermath of pandemic-related lockdowns. Funding for her group, which comes from gambling houses, “has increased by 50% from where it was before the lockdown,” she said.

In Uganda’s capital, Kampala, one Fortebet shop is often full of gamblers, including some who spend the whole day sitting with pen and paper, ticking off the games that go their way. A World Cup promotion encourages punters to bet at least $0.8 every day until the day of the final in order to earn a share of online “betting points,” manager David Mugisa said.

“With each day the sales are going up,” especially during the World Cup, fueled by demand from students, casual laborers and others of the urban poor, he said.

Argentina’s loss to Saudi Arabia was so unexpected that gamblers came in to collect winnings without checking the results, Mugisa said. “That game caused havoc,” he said.

In Zimbabwe, where most people in formal employment don’t make more than $100 a month, sports betting “has become a major income earner even for those who are in formal employment,” said Japhet Moyo, secretary-general of the Zimbabwe Congress of Trade Unions. “The problem is that it becomes addictive and some lose their salaries to betting.”

There, as elsewhere in Africa, shock results at the World Cup have proved hurtful. In one betting house in the Zimbabwean capital, Harare, many customers looked glum after England beat Senegal for a spot in the finals Dec. 4, trashing their tickets and leaving in apparent anger.

African gamblers often count on winnings to fund daily needs. Philo Ragada, an unemployed schoolteacher in Harare, sat on edge as Senegal played England for a spot in the quarterfinals. The Zimbabwean was supported the African team but said he wanted England to win because “that’s where my money is.” His winnings, he said, would be “enough for tomorrow’s bread and tomatoes.”

“In Nigeria of today you just have to find a means of surviving,” said Wale Babalola, a college graduate in the Nigerian city of Lagos who owns eight betting shops after once struggling to find a job. “If not for betting, I wonder how some people will survive in this country.”

Moses Ssali, a regular gambler in Kampala, said World Cup losses haven’t dented his faith in betting as one way to support himself. He’s putting up a modest three-bedroom house that he said he’s built “small, small” from winnings over the years, once putting a deposit on cement and, another day, sand. He’s now looking beyond the World Cup for a major win that will pay for roofing sheets.

Concern about the industry is also growing. The growth of sports betting in Africa “threatens to push young men and women into its fatal depths,” said Reagan Wamajji, a researcher and analyst with the Uganda-based Center for Policy Analysis.

“There has to be deliberate campaigns against gambling, sports betting in particular, similar to what is happening in the tobacco industry,” he said. “However, it is such a lucrative business that meaningful reforms might be hard to push.”

Nigerian lawmaker Akin Alabi, who chairs a committee overseeing betting and is the founder of prominent betting platform Nairabet, said the problem is a minority of exploitative “charlatans.”

“We can only have problems when it is not well regulated,” Alabi said of sports betting.

Neighboring Kenya has reported declines in gambling since 2019, when the country imposed taxes on all bets, win or lose, and revoked the licenses of several major gambling companies after accusing the country’s largest sports betting platform of tax evasion. A government survey found that respondents who saw gambling as a good source of income fell by half from 2019 to 2021, from 22.7% to 11.2%.

For regular gamblers, especially those who stake money that isn’t theirs, this World Cup has been punishing,

Gideon Matua, a night watchman in Kampala who bets regularly said two friends recently lost their jobs after losing other people’s money. One, sent to make a bank deposit on his employer’s account, lost the sum in a betting shop, and the other diverted money meant to pay for electricity at home. Both men have since lost their jobs as guards, he said.

“I’ve seen very many people here crying,” he said. “Someone comes here and puts a big amount on one team. If the team loses, they just go home. Some of them have been chased away from their jobs.”

“They beat me, and I am feeling cold,” he said of bets on World Cup matches. “But I know that if you don’t put in, you can’t get out anything. Even when you romance a woman you have to spend money, but she can disappoint you, not so? You can start a shop and it fails.” 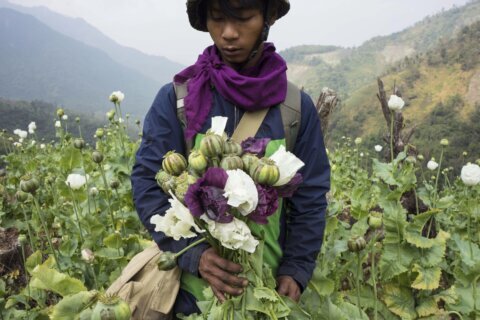 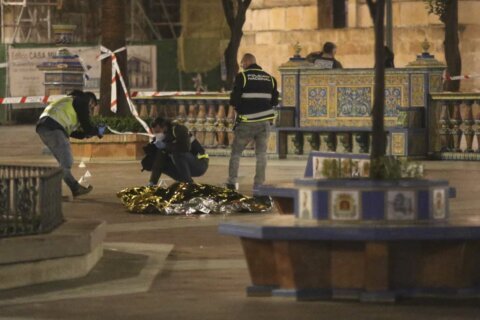