De Klerk, South Africa’s last president under apartheid, jointly received the prize with Nelson Mandela in 1993 for their roles in South Africa’s peaceful transition to democracy. Mandela became the country’s first black president in 1994 after serving 27 years in prison.

According to South African media reports, the theft of the medal took place at de Klerk’s home in April, allegedly by a former worker there. Other items, including jewelry, were reported stolen.

De Klerk remained a controversial figure in South Africa until his death in 2021 and faced criticism for comments that apartheid was not a crime against humanity. Before his death, he made a public apology. 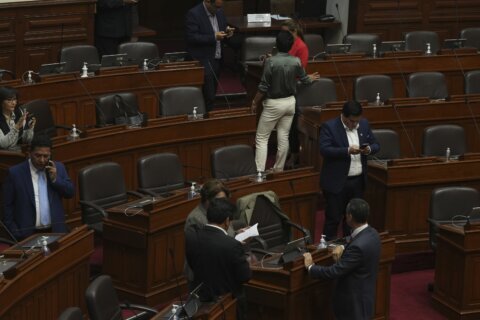