CAIRO (AP) — Tribal clashes in Sudan’s southern province of Blue Nile have killed at least 170 people over the past two days, two Sudanese officials said Thursday, the latest in inter-communal violence across the country’s neglected south.

The officials, who spoke to The Associated Press on condition of anonymity because they were not authorized to talk to the media, said the clashes erupted on Wednesday and that sporadic fighting continues. Government troops were deployed to the area to try to de-escalate the conflict. The dead include women and children, the two officials said.

Blue Nile has been shaken by ethnic violence over the past months. Tribal clashes that erupted in July killed 149 people by early October, and last week, renewed clashes killed another 13 people, according to the U.N. Office for the Coordination of Humanitarian Affairs, or OCHA.

The July fighting involved the Hausa, a tribe with origins across West Africa, and the Berta people, following a land dispute. On Thursday, a group representing the Hausa said they have been under attack by individuals armed with heavy weapons over the past two days, but did not blame any specific tribe or group for the attack.

A Hausa group issued a statement calling for de-escalation and a stop to ”the genocide and ethnic cleansing of the Hausa.” The tribe has long been marginalized within Sudanese society, with July’s violence sparking a string of Hausa protests across the country. The Blue Nile is home to dozens of different ethnic groups, with hate speech and racism often inflaming decades-long tribal tensions.

OCHA had no confirmation of the latest surge in casualties but said the violence has displaced at least 1,200 people since last week. According to the U.N. agency, the villages surrounding the city of Ar Rusyaris have been at the epicenter of the violence.

Later Thursday, a grassroots pro-democracy group in Sudan known as the Resistance Committees blamed the country’s military rulers for what it said was a lack of security in the Blue Nile, accusing them of not protecting ethnic groups in the province.

Earlier in the day, OCHA said that tribal clashes in nearby West Kordofan province, which broke out last week, killed 19 people and wounded dozens. A gunfight there between the Misseriya and Nuba ethnic groups erupted amid a land dispute near the town of Al Lagowa, the agency said.

The West Kordofan state governor visited the town on Tuesday to talk to local residents in a bid to de-escalate the conflict before coming under artillery fire from a nearby mountainous area, OCHA said. There were no reports of casualties from the artillery fire.

“Fighting in West Kordofan and the Blue Nile states risks further displacements and human suffering,″ OCHA said. ”There is also a risk of an escalation and spread of the fighting with additional humanitarian consequences,” it said

On Wednesday, the Sudanese army accused the Sudan People’s Liberation Movement-North, a rebel group active in the Blue Nile and South Kordofan, of being behind the attack on Al Lagowa. The rebel group has not responded to the accusation.

The violence in West Kordofan prompted around 36,500 people to flee Al Lagowa while many who remained sought shelter in the town’s army base, OCHA added. The area is currently inaccessible to humanitarian aid, the agency said.

Eisa El Dakar, a local journalist from West Kordofan, told The AP last week that the conflict there is partly rooted in the two ethnic groups’ conflicting claims to local land, with the Misseriya being predominately a herding community and the Nuba mostly farmers.

Much of Kordofan and other areas in southern Sudan have been rocked by chaos and conflict over the past decade.

Sudan has been plugged into turmoil since a coup last October that upended the country’s brief democratic transition after three decades of autocratic rule by Omar al-Bashir. He was toppled in an April 2019 popular uprising, paving the way for a civilian-military power-sharing government.

Many analysts consider the rising violence a product of the power vacuum in the region, caused by the military coup last October. The violence has also further threatened Sudan’s already struggling economy, compounded by fuel shortages caused, in part, by the war in Ukraine. 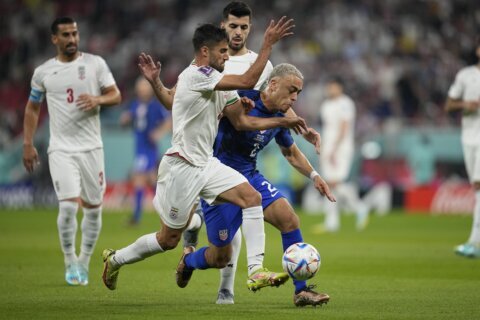 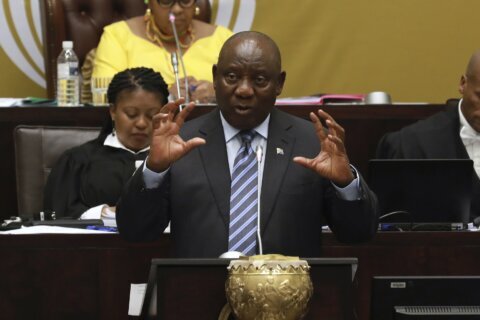