Holidays: 'Enchant' shines with millions of lights in Nats Park | Where to see holiday lights | Send in photos of decorations | How to give greener this season
Home » World News » UN: Flooding in west,…

GENEVA (AP) — The U.N.’s refugee agency said Friday that destruction from flooding has displaced more than 3.4 million people in west and central Africa.

UNHCR said Friday that Nigeria’s worst floods in a decade have killed hundreds, displaced 1.3 million residents and affected over 2.8 million people in the West African nation of 218 million.

Survivors had to scurry for higher ground as water submerged farmland and infrastructure. Many have been living in camps for the internally displaced that were set up in part to help people fleeing simmering violence in the region, among other troubles.

The agency noted that the government in Chad, where floodwaters affected more than 1 million people, has declared a state of emergency. Floods also have killed hundreds of people and displaced thousands in in Niger, Mali and Burkina Faso, UNHCR said.

The downpours in West Africa contrast with the worst drought in 40 years in the Horn of Africa.

Nigeria records flooding every year, often as a result of inadequate infrastructure and non-adherence to environmental guidelines. Authorities in September blamed this year’s floods on water overflowing from some local rivers, unusual rainfalls and the release of excess water from Lagdo dam in neighboring Cameroon’s northern region. 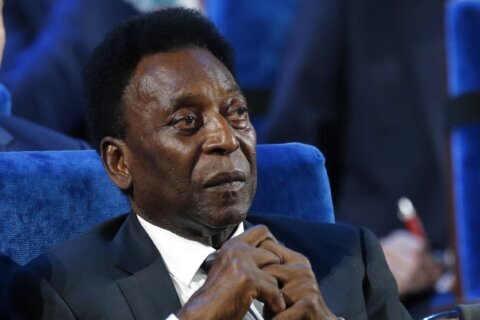