SAN JUAN, Puerto Rico (AP) — Federal authorities on Tuesday said they were trying to rescue more than 100 migrants stranded on an uninhabited island near Puerto Rico during a human smuggling operation.

The nationality of the migrants awaiting help on Mona Island wasn’t immediately known, although officials believe the majority are Haitian, said Jeffrey Quiñones, spokesman for U.S. Customs and Border Protection in Puerto Rico.

It wasn’t immediately clear if anyone in their group drowned before authorities were notified of the situation. Quiñones said authorities are still interviewing the migrants.

In the group are 60 women, 38 men and five children ranging in age from 5 to 13 years old, according to Anaís Rodríguez, secretary of Puerto Rico’s Natural Resources Department. She noted that three of the women are pregnant, adding that the group overall is in good health.

Mona Island is located in the treacherous waters between Dominican Republic and Puerto Rico and has long been a dropping off point for human smugglers promising to ferry Haitian and Dominican migrants to the U.S. territory aboard rickety boats. Dozens of them have died in recent months in an attempt to flee their countries amid a spike in poverty and violence.

“The conditions in Mona are inhospitable,” Quiñones said. “Smugglers do not have any regards for the safety of people they’re transporting. They basically pile them up in a boat.”

From October 2021 to March, 571 Haitians and 252 people from the Dominican Republic were detained in waters around Puerto Rico and the U.S. Virgin Islands, according to U.S. Customs and Border Protection. Of the Haitians, 348 landed on Puerto Rico’s uninhabited Mona Island and were rescued.

The migrants are taken to Puerto Rico for processing, where some request asylum given the increasingly chaotic situation in Haiti, where fuel and water supplies are dwindling amid a cholera outbreak as a powerful gang blocks access to a key fuel terminal for more than a month. Haitian leaders have requested the immediate deployment of foreign troops. 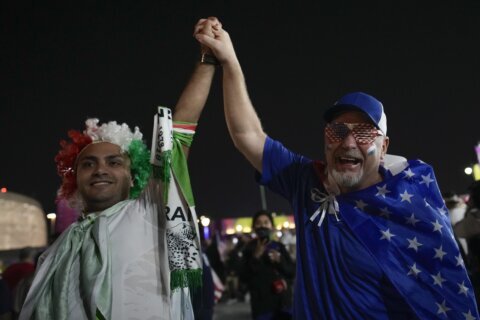 US, Iran fans mingle in Qatar ahead World Cup clash 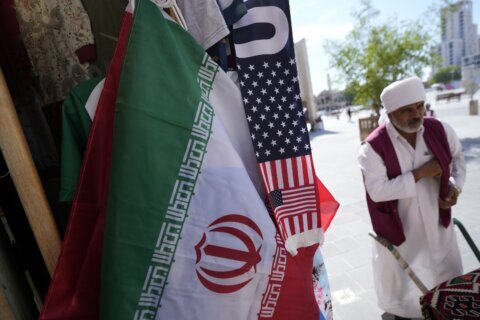 US-Iran match reflects a regional rivalry for many Arab fans