BEIRUT (AP) — Lebanon is still mediating between the United States and Syria over the fate of American journalist Austin Tice who went missing a decade ago in the war-torn country, a Lebanese general said Tuesday.

Washington maintains that Tice is held by Syrian authorities.

Tice went missing shortly after his 31st birthday on Aug. 14, 2012, at a checkpoint in a contested area west of the Syrian capital of Damascus. A video released a month later showed him blindfolded and held by armed men. He has not been heard from since.

Lebanese Maj. Gen. Abbas Ibrahim, who met with U.S. officials in Washington in May as part of mediation efforts for Tice’s release, told reporters in Beirut on Tuesday that his mission is ongoing but described it as “long and complicated.”

Ibrahim, head of Lebanon’s General Security Directorate, has mediated complicated hostage releases in the past and regularly visits Syria.

In August, President Joe Biden accused Syria of detaining Tice, the clearest indication so far that the U.S. is certain that the journalist is being held by President Bashar Assad’s government. Just few months earlier, in May, Biden met Tice’s parents and reiterated his commitment toward “Austin’s long overdue return to his family.”

At the Beirut press conference, Ibrahim struck an upbeat tone.

“Matters might be moving slowly but they are going as they should,” he said. “The back-and-forth negotiations did not stop.”

Tice, from Houston, is one of two Americans who went missing in Syria. The other is Majd Kamalmaz, a psychologist from Virginia, who vanished there in 2017.

Tice’s work has been published by The Washington Post, McClatchy newspapers and other outlets. He went to Syria to cover the conflict that started in 2011, quickly descending into a full-blown civil war.

The war has killed hundreds of thousands and displaced nearly half of Syria’s pre-conflict population of 23 million. More than 5 million of those are now outside Syria. 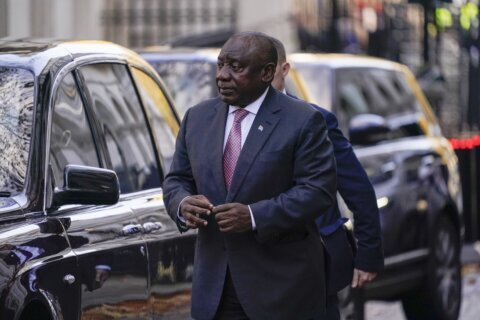