RIO DE JANEIRO (AP) — In a decision that critics have labeled as dangerous, Brazil’s government granted a preliminary environmental permit for paving a dirt highway that cuts through one of the Amazon rainforest’s most preserved areas.

The road known as BR-319, runs about 900 kilometers (560 miles) and is the only highway connecting Manaus, home to 2.2 million people, with the nation’s larger urban centers further south. Half the length of BR-319 is still unpaved, and that stretch usually becomes impassable during the rainy season, which can last up to three months. This difficulty keeps forest clear cutters away.

Researchers and environmentalists argue that the paving will lead to mass clearing of pristine rainforest, given that most Amazon deforestation occurs alongside roads where access is easier and land value is higher. In fact that is already happening before the paving even starts.

The preliminary license is a crucial part of the project’s ultimate approval, because it means it has passed both economic and environmental screens. The asphalt work can’t begin yet though. Brazil’s environmental agency, Ibama, also laid down several conditions, including creation of a conservation area as a buffer for an Indigenous group, the monitoring of water quality nearby and an archeology program.

But the agency is ignoring “the main problem, the explosion of deforestation in the region,” Suely Araújo, Ibama’s former president, told the AP.

The conditions established in the license are not enough to assure there won’t be a surge in deforestation, so it shouldn’t have been granted, said Araújo, now a senior public policy specialist at the Climate Observatory, a network of environmental groups.

President Jair Bolsonaro, who is campaigning for reelection, celebrated the permit on his Twitter account as another example of an infrastructure project moving ahead under his watch and said the paving will help keep traffic flowing in the nation’s interior.

“Brazilians have gotten used to cars and trucks getting bogged down on the BR-319 highway,” he wrote, along with a video showing deep mud on the road. “This time, fortunately, it is coming to an end.”

After Bolsonaro repeatedly promised to pave BR-319, the area around it this year for the first time became the Brazilian Amazon’s main deforestation hotspot, according to official data.

The BR-319 Observatory, a network of non-profits including WWF Brazil, Greenpeace Brazil and the Coordination of Indigenous Organizations, says local communities haven’t been consulted about the project, as the law requires.

“These peoples’ rights have been violated,” Meirelles said. ___ 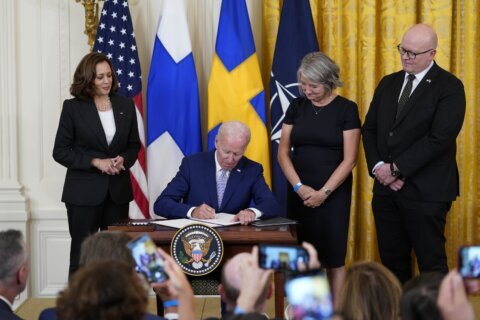 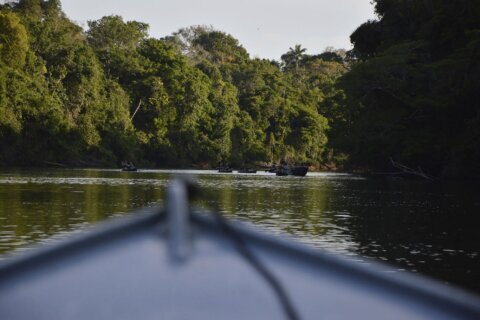