MIAMI (AP) — It’s one of the world’s highest-fetching wild-caught fish, sold for $32 a pound at Whole Foods and served up as meaty fillets on the menus of upscale eateries across the U.S.

But Russia’s obstruction of longstanding conservation efforts, resulting in a unilateral rejection of catch limits for the Chilean sea bass in a protected region near Antarctica, has triggered a fish fight at the bottom of the world, one dividing longtime allies, the U.S. and U.K. governments.

The diplomatic feud, which has not been previously reported, intensified after the U.K. quietly issued licenses this spring to fish for the sea bass off the coast of South Georgia, a remote, uninhabited U.K.-controlled island some 1,400 kilometers east of the Falkland Islands.

As a result, for the first time since governments banded together 40 years ago to protect marine life near the South Pole, deep-sea fishing for the pointy-toothed fish is proceeding this season without any catch limit from the 26-member Commission on the Conservation of Antarctic Marine Living Resources or CCAMLR.

The move essentially transformed overnight one of the world’s best-managed fisheries into a France-sized stretch of outlaw ocean — at least in the eyes of U.S. officials threatening to bar U.K. imports from the area.

“In a world beset by conflict, the U.K. is playing a risky game,” said Will McCallum, head of oceans at Greenpeace U.K. “The history of Antarctic protection is one of peaceful cooperation for the common good of humanity. Russia’s consistent willingness to abuse the process cannot excuse unilateral action by other Members. We trust that countries who have previously imported South Georgia toothfish will not accept the catch of what is now an unregulated fishery.”

For decades, the fishery near South Georgia was a poster child for international fisheries cooperation, one that brought together sometimes adversarial powers like Russia, China and the U.S. to protect the chilly, crystal blue southern ocean from the sort of fishing free-for-all seen on the high seas.

Last year, as tensions with the West were rising over Ukraine, Russia took the unprecedented step of rejecting the toothfish catch limits proposed by the Antarctic commission’s scientists. The move was tantamount to a unilateral veto because of rules, common to many international fisheries pacts, that require all decisions to be made by unanimous agreement.

But critics say the U.K.’s response — issuing licenses without a CCAMLR-approved catch limit — is unlawful under the commission’s rules and weakens the Antarctica Treaty established during the Cold War that set aside the continent as a scientific preserve. U.S. officials have also privately told their U.K. counterparts that they would likely bar imports of any toothfish caught near South Georgia, according to correspondence between U.S. fisheries managers and members of Congress seen by The Associated Press.

The fight underscores how Russia’s attempts to undermine the West have extended to even obscure forums normally removed from geopolitical tussles. It also risks reviving Britain’s tensions with Argentina, which invaded South Georgia in 1982 as part of its war with the U.K. over the Falkland Islands.

But the outcome couldn’t be more consequential: With fish stocks across the globe declining due to overfishing, consumers are demanding greater transparency about where the filets on their plates are sourced. Central to that effort is rules-based international fisheries management on the open ocean and environmentally sensitive areas like the polar regions.

“It sets a dangerous precedent,” said Evan Bloom, who for 15 years, until his retirement from the State Department in 2020, led the U.S. delegation to the CCAMLR.

“What the Russians did clearly violates the spirit of science-based fisheries management,” added Bloom, who is now an expert on polar issues at the Wilson Center in Washington. “But that doesn’t necessarily mean that the U.K. can act unilaterally.”

Three of the four vessels authorized by the U.K. to fish near South Georgia starting May 1 belong to Argos Froyanes, a British-Norwegian company that pioneered techniques credited with dramatically reducing seabird mortality in the south Atlantic.

One of its customers is New York-based Mark Foods, the largest U.S. supplier of sea bass certified by the Marine Stewardship Council, the industry’s gold standard for sustainability.

CEO Barry Markman declined an interview request but said his company would not import any product deemed illegal by U.S. authorities.

“We have been working collaboratively with U.S. officials to resolve this situation in a favorable manner,” he wrote in an e-mail.

Chilean seabass — the commercial name of Patagonia toothfish — from South Georgia is sold at both Whole Foods and Orlando-based Darden Restaurants, which operates the fine-dining chains Eddie V’s and The Capital Grille. Neither company responded to a request for comment.

An official from the government of South Georgia and the South Sandwich Islands, which issued the licenses in coordination with the U.K. foreign office, said it took action so as not to give in to obstructionist tactics by Russia that it doesn’t expect will end anytime soon.

The fishery is one of the best managed in the world, with catch limits set by South Georgia below even the quota recommended by the Antarctic commission. In addition, all vessels authorized to fish near the island have observers and tamper-proof electronic monitoring equipment on board.

Officials say that closing the fishery would’ve taken valuable resources away from research and monitoring because about 70% of the island chain’s budget comes from the sale of licenses.

They point out that the population of toothfish — a bottom-dwelling species capable of living up to 50 years — almost collapsed in the days before CCAMLR due to poachers, many from the former Soviet Union, drawn to the high prices paid for the fish, which can weigh over 200 pounds. However, thanks in part to the multinational efforts of the commission, the species has bounced back.

But U.S. officials have taken a dim view of the U.K.’s actions.

Janet Coit, a senior official at the National Oceanic and Atmospheric Administration, wrote in an April 25 letter obtained by the AP that in the absence of approved protections, any fishing near South Georgia would be of “questionable legality” and have “serious implications” for the Antarctic commission.

She also stated that any shipments of fish harvested in what’s known as subarea 48.3 would likely be barred from entering the U.S., a preliminary view she said was shared with the U.K. government and U.S. importers to guide their decision-making.

“We recognize that fish from this subarea has represented a substantial percentage of toothfish imports,” according to the letter, which was sent to a bipartisan group of seven House members concerned about the impact of a ban on the seafood industry. “However, we are bound by our obligations under the CAMLR Convention, applicable conservation measures in force, and relevant U.S. law.”

The financial hit for the seafood industry from any import ban could be significant.

Every year, the U.S. imports around 3 million pounds of MSC-certified toothfish from South Georgia, worth about $50 million. The loss of those imports can’t be easily substituted because the four other MSC-certified toothfish fisheries in the CCAMLR convention area — run by Australia, France and the Falkland Islands — are fishing at or near capacity. Overall, about 15% of the more than 12,000 metric tons of toothfish caught in the CCAMLR convention area comes from South Georgia.

Under U.S. law, fishing conducted in a way that disregards conservation measures, such as catch limits, adopted by international fishery organizations to which the U.S. is a party, is considered illegal. Vessels that engage in such activity can be denied access to U.S. ports and blacklisted within the Antarctic commission framework.

Meanwhile, the U.K. has shown no sign of backing down. Even with no conservation measure in place, it insists it will continue to operate the fishery in the conservative way it always has, basing its decisions on the quota and other guidelines proposed by commision scientists.

“Russia egregiously blocked the agreed catch limits citing spurious scientific concerns not recognized by any other member of the CCAMLR,” the U.K.’s foreign office said in a statement. “The UK will continue to operate the toothfish fishery within the framework agreed by all CCAMLR Members.” 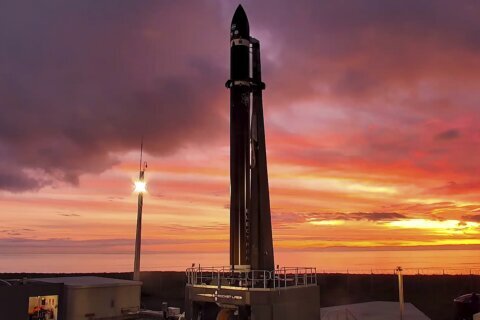 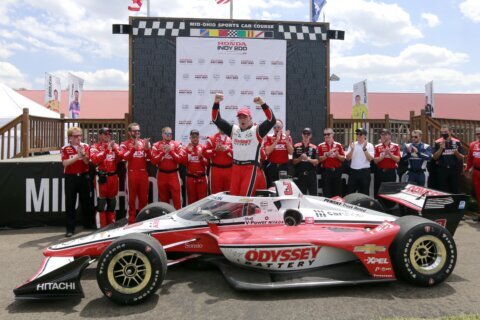