Horuna said he received a call at 4 a.m. on the first day of the war and had a chance to leave the country, but he declined. "We'll do what is needed," he said.
Listen now to WTOP News WTOP.com | Alexa | Google Home | WTOP App | 103.5 FM

▶ Watch Video: This Olympian from Ukraine is prepared to fight against Russia

A little over two weeks ago, Olympic medalist Stanislav Horuna was the captain of Ukraine’s national karate team. Now, in his words, he’s just an “ordinary soldier” fighting in a war against Russia.

“Everyday nonstop the night before the news, we are checking if our friends and family members are okay, if somebody needs something… So, no time to complain or time to reconsider your life,” Horuna told CBS News from his hometown of Lviv. “That’s just how it is. It’s a critical moment.”

Horuna, who won bronze in the Tokyo Games last summer, is among the many Ukrainian athletes who have dropped everything in their lives to fight off the Russian invasion. 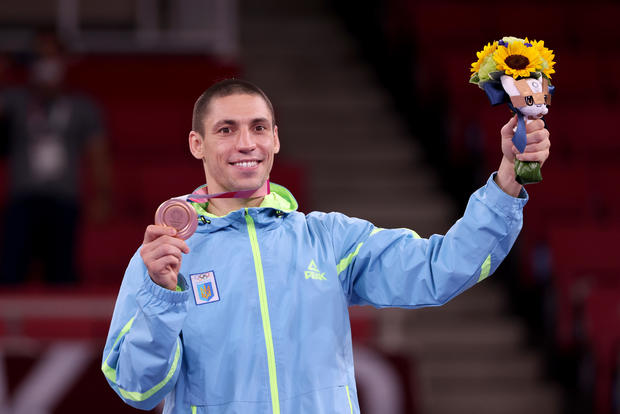 Horuna said he received a call at 4 a.m. on the first day of the war and had a chance to leave the country, but he declined. “We’ll do what is needed,” he said.

Horuna said he never wanted to be a soldier because of the lack of freedom that comes with it, but he and his fellow Ukrainian citizens have felt a calling to fight in the ongoing conflict.

“We don’t have proper military preparation trainings and fighting experience, but anyway, we are on our land, we are at home and we are ready to protect,” he said.

“If it is needed, we will kill, of course. We will shoot. There is no other option for us,” he added.

Horuna said the experience has been mentally and emotionally taxing, saying he feels “helpless” and “full of anger.” When Russia on Wednesday was accused of launching a strike on a maternity hospital in Mariupol, Horuna, a father of one, said he asked his commanders to send him there. They shot down the idea because of his lack of military experience. 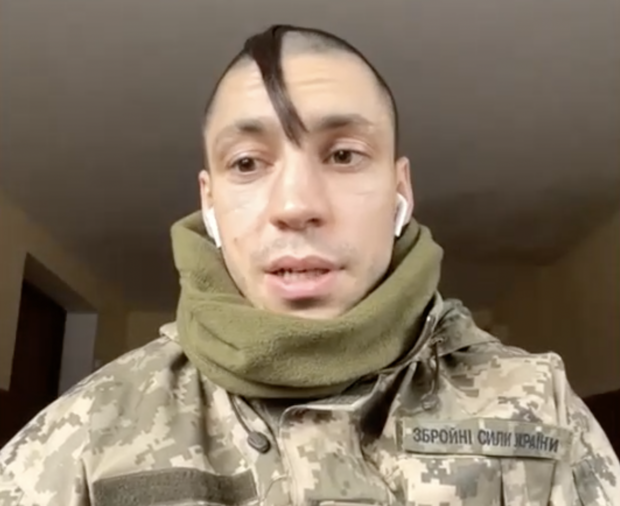 Stanislav Horuna won a bronze medal in the Tokyo Olympics months ago. Now, in his words, is an “ordinary soldier” fighting against Russia.

He said they told him to “stay here and protect this territory. Because if enemy comes here, somebody needs somebody to fight.”

Horuna told CBS News that he believes that if it were not for Ukraine’s staunch defense, Putin would invade further into Europe.

“Now, Putin is the symbol of terrorist aggression,” he said. “Violence he ordered with no real reason. He ordered his soldiers to kill innocent people here in Ukraine. And if we didn’t resist, it’s just a matter of time when he would go further to Poland, Slovakia, Estonia, Finland and so on.”

The 33-year-old marveled at the amount of people from “more than 50 countries” who have come to fight with Ukraine.

“They know that the whole world is now under the risk of the third World War,” he said. “And that guy, Putin, has to be stopped.”

Still, even in a moment of tragedy and turmoil, Horuna said he feels an immense sense of pride for the way Ukrainians have come together.

“Now, we are all as one as a real nation, we are all together, so, of course, it makes me proud of my people,” he said.