EU eyes sanctions in Mali, and against Russian mercenaries

BRUSSELS (AP) — The European Union is planning to take action against anyone delaying Mali’s political transition and is drawing up a list of sanctions to impose on Russian mercenaries that Mali’s government hired to fight extremists, EU foreign policy chief Josep Borrell said Monday.

After chairing a meeting of EU foreign ministers, Borrell said that they agreed to set up a system for imposing asset freezes and travel bans on Mali officials and organizations at a future date.

“This will allow us to take sanctions against those obstructing the transition,” Borrell said.

Mali has struggled to contain an Islamic extremist insurgency since 2012. Extremist rebels were forced from power in Mali’s northern cities with the help of a French-led military operation, but they regrouped in the desert and began launching attacks on the Malian army and its allies.

In June, Col. Assimi Goita was sworn in as president of a transitional government after carrying out his second coup in nine months. Mali faces increasing isolation from the international community over the junta’s power grab. Elections are due to be held in February, but the EU fears they will be delayed.

Borrell told reporters that the ministers also gave the green light for officials to draw up a list of sanctions to impose on the Kremlin-backed private military company, Wagner Group. Russia has denied any official military involvement in Mali.

“There was consensus to move forward in order to also take restrictive measures against this group,” Borrell said. The list of names and organizations linked to the Wagner Group will be examined at the next meeting of foreign ministers on Dec. 13.

The Wagner Group has been accused by western governments and United Nations experts of human rights abuses in the Central African Republic and involvement in the conflict in Libya. France and Germany have both objected to the presence of its mercenaries in Mali.

Russian Foreign Minister Sergey Lavrov has said that the company has a “legitimate” right to be in the West African nation because it was invited by the transitional government, and he insists that the Russian government is not involved. 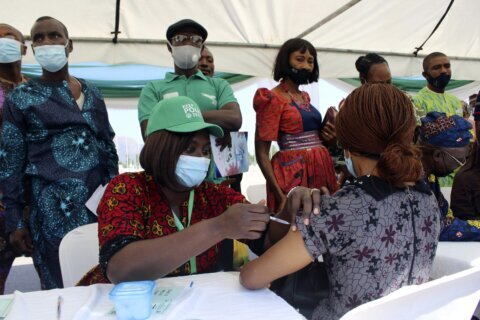 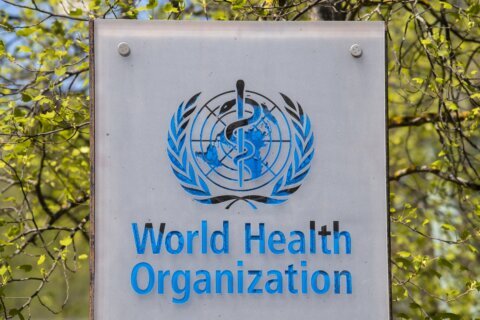 WHO chief: Omicron shows need for global accord on pandemics