WELLINGTON, New Zealand (AP) — The coronavirus pandemic has shown that humans are very good at responding to an immediate crisis, says New Zealand’s Climate Change Minister James Shaw. But when it comes to dealing with a slower-moving threat like climate change, he says, we’re “terribly bad.”

Shaw spoke to The Associated Press on Wednesday ahead of a key climate summit that starts in Glasgow, Scotland, on Oct. 31. Many environmentalists say the U.N. summit, known as COP26, represents the world’s final chance to avert a climate catastrophe.

Shaw said that at Glasgow, he intends to announce a more ambitious target for New Zealand’s emissions reductions over the coming decade, and he hopes many other countries also aim higher.

He said a top priority will be to ensure that a promise made by wealthier nations to provide $100 billion a year to help poorer countries switch to cleaner energy is fulfilled.

“The developed world so far has not delivered on that promise,” Shaw said.

That has led to a breakdown in trust and a fraying of the consensus reached with the 2015 Paris Agreement, he said. It’s also giving an excuse to authoritarian regimes to disrupt international cooperation, he added.

Shaw said the pandemic had accelerated the transition to cleaner energy in some countries. But in many developing nations it had slowed improvements, he said, because they were struggling simply to cope with the massive financial and social impacts from the disease.

Shaw said he has doubts whether some of the positive environmental changes made by people during the pandemic — like working from home more and driving less — will endure.

“I think those are possibilities, but I also think human beings tend to revert to type,” Shaw said. “I know when we’re in the middle of it, it feels like the world has changed fundamentally.”

New Zealand’s government has promised the country will become carbon-neutral by 2050. But it has also faced criticism for talking a lot about climate change and not taking action quickly enough. Greenhouse gas emissions in the nation of 5 million reached an all-time high just before the pandemic hit.

Shaw said lawmakers have passed many new bills in recent years that will have a positive impact over time, including a ban on new offshore oil and gas exploration, tougher emissions standards for cars, a subsidy scheme for electric vehicles, and the establishment of a climate change commission.

“Is it enough? No. And the thing is, it never will be enough,” Shaw said. “We know that every single year, we are going to have to continue to take new and further actions on climate change because this is a multi-generational battle over the course of the next 30 years and beyond. It’s going to involve every part of our economy, every part of our society.”

Climate scientist James Renwick said he thinks New Zealand and other nations need to bring more urgency to their actions.

“The countries of the world have talked about this issue for many years, but we still haven’t really seen the action, and time has got extremely short now,” said Renwick, a professor at the Victoria University of Wellington. “We’ve got to see emissions reduction starting immediately, 2022, and we have to get emissions down really fast in the next decade.”

Almost half of New Zealand’s greenhouse gas emissions come from agriculture — think millions of cows burping methane gas — in an economy that relies on exporting food. Many environmentalists say farmers are essentially getting a free pass from lawmakers.

Shaw said farmers will be subject to new emissions rules that will come into effect by 2025, and that many are finding innovative ways to reduce their carbon footprints.

He said an important part of his trip to Glasgow will be to stand alongside colleagues from low-lying Pacific islands who are already feeling extensive effects from climate change through more severe cyclones and rising sea levels.

He said the Cook Islands, for instance, spends about a quarter of its national budget on mitigating the effects of climate change.

Shaw acknowledges the irony that thousands of people from around the world will be burning many tons of fossil fuels to fly to Glasgow for the talks.

“Unfortunately, it’s the only way that we can practically get there and proactively participate,” Shaw said.

Renwick said that aspect didn’t bother him too much.

“We all live in the world we live in, the one that’s been created over the last century or more,” Renwick said. “I think it’s just the way it is. You have to burn a bit of fossil fuel to work out how to stop doing that.” 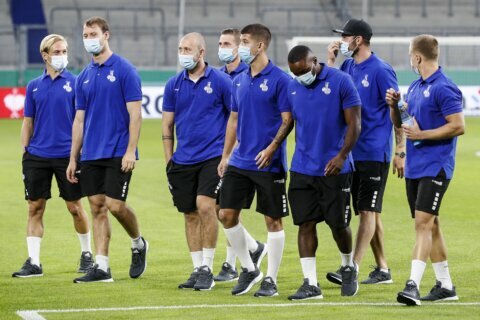 Vaccine uptake over 90% for soccer players, staff in Germany 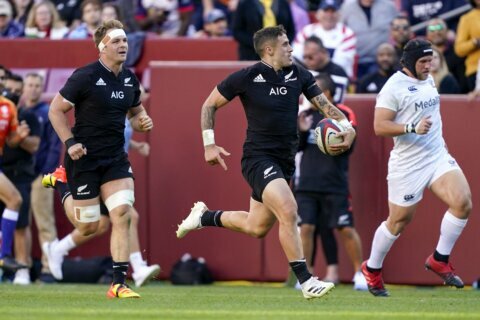 Cane lacking sharpness, ready to wait for All Blacks start 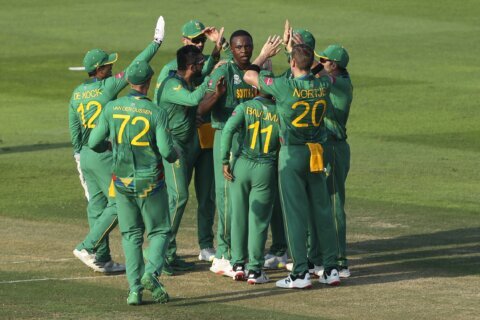