HONOLULU (AP) — Comments on social media about a 16-year-old boy shot and killed by Honolulu police have been so hateful that a Catholic priest, who hails from the same small Pacific island as the teen’s family, hesitates to repeat them.

“It is really bad and I don’t want to say it as a priest,” said the Rev. Romple Emwalu, parochial vicar at a parish outside Honolulu who was born in Chuuk in the Federated States of Micronesia. “But, like, ‘Micronesians are dirt.’”

Some in the Micronesian community say the April 5 shooting of Iremamber Sykap highlights the racism they face in Hawaii, a place they expected to be more welcoming to fellow islanders.

Police say Sykap was driving a stolen car when he led officers on a chase through oncoming traffic after a series of crimes including an armed robbery and purse-snatching.

Sykap’s family is from Chuuk, but he was born in Guam, a U.S. territory, said his mother, Yovita Sykap.

Of Hawaii’s 1.5 million residents, 38% are Asian — mostly Japanese and Filipino — 26% are white, 2% are Black, and many people are multiple ethnicities, according to U.S. census figures. Native Hawaiians account for about 20% of the population.

There are an estimated 15,000 to 20,000 Micronesians in Hawaii, who began migrating here in bigger numbers in the 1990s in search of economic and educational opportunities, said Josie Howard of We are Oceania, which advocates for the Micronesian community.

The Compact of Free Association allows citizens from the Federated States of Micronesia, the Republic of the Marshall Islands and the Republic of Palau to live and work freely in the United States in exchange for allowing the U.S. military to control strategic land and water areas in the region.

Located about 2,500 miles (4,000 kilometers) southwest of Hawaii, the Federated States of Micronesia consists of 607 islands with a population of about 107,000.

The relationship with the U.S. seems to make people in Hawaii incorrectly believe that Micronesians are a drain on social benefits, said Sha Merirei Ongelungel, a Honolulu resident.

A Palauan born and raised in Oregon, Ongelungel came to Hawaii “because all I wanted to do was to fit in and be around Pacific Islanders and know what it was like to not stand out like a sore thumb.”

When she first got here, a cousin advised her to tell potential employers she was from Oregon. “If you tell them you’re Micronesian, you won’t get a job,” she said her cousin told her.

She wasn’t prepared for the racism in Hawaii, and so she left after a year.

Ongelungel said she felt equipped to deal with the racism on the U.S. mainland against those who are not white. “I didn’t have training to fight people who looked like my actual blood relatives,” she said.

What might be difficult for a priest to repeat, Ongelungel doesn’t hesitate to describe: “People talking about killing cockroaches, calling for a purge on Micronesians, calling to have us — even those of us who are U.S. citizens who are born in the United States — calling for us to be deported, calling for the parents of minors to be incarcerated, you name it.”

She said that whenever there’s a crime in the news involving someone who is Micronesian, there’s an uptick in hateful comments, but “they never fully go away.”

After the shooting, some local media outlets reported about Sykap’s criminal history as a juvenile.

“I want to press people on why his past matters when he’s a child,” Ongelungel said.

The police department has offered little information on the shooting. The department won’t release body camera footage because there were other minors in the car with Sykap.

A little more than a week after the shooting, Honolulu police shot and killed a Black man who had entered a home that wasn’t his, sat down and took off his shoes, prompting a frightened occupant to call 911. Chief Susan Ballard said race wasn’t a factor in that incident.

In response to protests in other parts of the country decrying police brutality against minorities, Ballard, who is white, has said that in general, that degree of racism doesn’t exist here.

“Officers are extensively trained to respond to the individual’s behavior and actions, not race,” said police spokeswoman Michelle Yu.

Eric Seitz, an attorney not involved in the Sykap case who represents families of others who have been killed by police, says Honolulu police have similar issues with race as other U.S. cities.

“More and more people are coming to realize that Hawaii is not different and that just as they release video footage in all of these other cities for all of these other incidents, it should be obligatory as a matter of public responsibility to release the similar information here,” Seitz said.

Nothing in the law prevents police from blurring out faces of the other juveniles in the car with Sykap, he said.

Jacquie Esser, a state deputy public defender, said police will often stop Micronesians for no reason or call them cockroaches. “It’s so blatant,” she said.

Esser believes the department leaked Sykap’s sealed records to the media to demonize him and now are relying on juvenile confidentiality to keep the footage from becoming public.

The department denies doing so. “Juvenile arrest records are generally confidential, and department policy prohibits the release of a suspect’s prior arrest history,” Yu said.

Ann Hansen befriended Sykap’s family in 2008 and became godmother to him and four of his siblings after noticing they walked 3 miles (5 kilometers) each way to get to the Cathedral of St. Andrew, an Episcopal church in downtown Honolulu.

People called him “Baby” because he was the youngest of eight, she said. Hansen said she used to drive him to ukulele lessons.

There has also been an outpouring of support for the slain teen, including a memorial for Sykap at a street corner near where the shooting took place. Some people have kept round-the-clock vigil at the site, decorated with floral bouquets, balloons, candles and a stuffed bear. 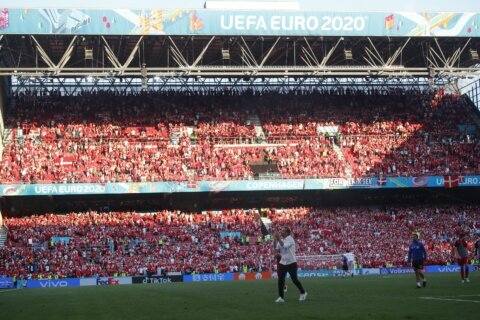 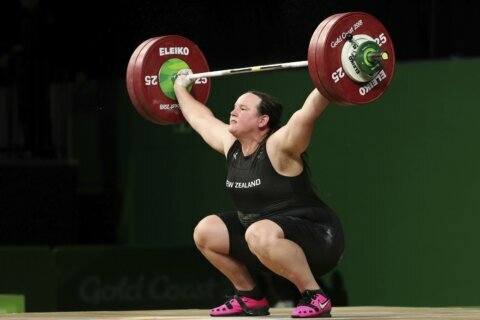 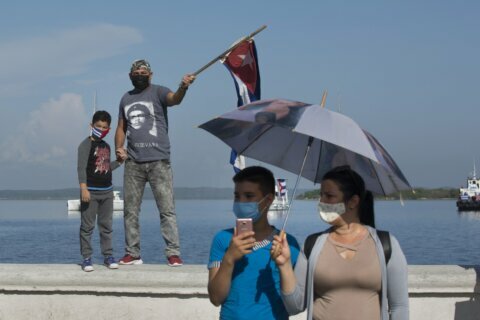