BRUSSELS (AP) — Top European Union officials on Friday urged member countries to swiftly submit plans for how they would use their share of the bloc’s massive coronavirus recovery fund so that the sorely-needed money can be released starting this summer.

The call came as the officials signed an agreement on a 672.5 billion-euro ($814 billion) “Recovery and Resilience Facility” made up of loans and grants devised to help the EU’s 27 countries breathe new life into their virus-ravaged economies.

The facility is the central pillar of the 750 billion-euro ($908 billion) recovery plan adopted by EU leaders last year. It must still be endorsed by national parliaments, hopefully within weeks.

Once that is ratified, “the (European) Commission will go to the market, raise money, and disburse,” Commission President Ursula von der Leyen said.

“By mid-year we should be able to disburse the first funds,” she said. Up to 13% could be handed over then.

Von der Leyen also said that the EU aims to have 70% of adults across the 27-nation bloc, which has a population of around 450 million people, vaccinated by the end of the summer.

To receive their share of the recovery aid, which is linked to a series of undertakings and respect of the rule of law, EU countries have been requested to submit reform plans by the end of April. The plans must dedicate at least 37% of the budgets to climate and at least 20% to digital transformation. The funding will be available for three years.

So far, 19 EU countries have submitted draft plans to the Commission, which is in charge of their assessment. Seven other countries are well advanced in what von der Leyen described as a “humungous” process.

“We must take up the ambition of having the first plans approved by the end of April,” said Portuguese Prime Minister Antonio Costa, whose country holds the EU’s rotating presidency until June 30. “We cannot afford to waste more time. We cannot afford to fail our citizens.” 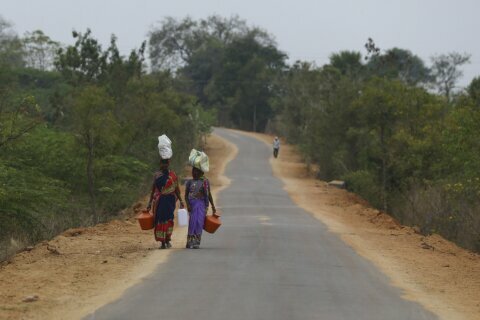