WELLINGTON, New Zealand (AP) — A woman has died in what appears to be New Zealand’s first fatal shark attack in eight years, police said on Friday.

“Indications are that she had been injured by a shark,” Police Inspector Dean Anderson said.

She was dragged from the water with leg wounds and attempts to resuscitate her on the beach failed, media reported.

A vacationing doctor joined paramedics, lifeguards and emergency services personnel in attempting to save the woman, Anderson said.

The woman, whose identify has not been made public, was scheduled to undergo an autopsy on Friday, Anderson said.

The last fatal shark attack in New Zealand was in February 2013 when a 46-year-old swimmer was mauled at Muriwai Beach, 41 kilometers (25 miles) west of Auckland. 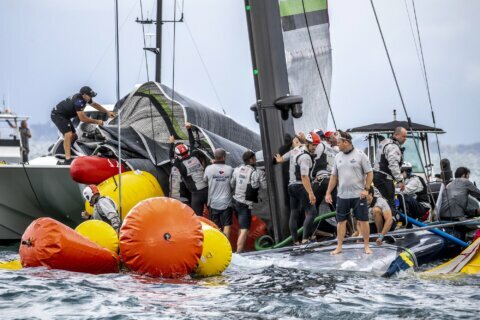