JUNEAU, Alaska (AP) — The U.S. Bureau of Land Management on Tuesday said it has issued leases covering nearly 685 square miles (1,770 square kilometers) in Alaska’s Arctic National Wildlife Refuge in a move denounced by critics in the waning hours of the Trump administration.

Lesli Ellis-Wouters, a spokesperson for the agency in Alaska, said leases were issued for tracts for which it had received required paperwork.

The first oil and gas lease sale held for the refuge’s coastal plain on Jan. 6 yielded bids on 11 tracts, half the number offered.

The Bureau of Land Management said it signed and issued leases on nine tracts, including seven of the nine won by the Alaska Industrial Development and Export Authority, a state corporation and the main bidder during the sale. Knik Arm Services LLC and Regenerate Alaska Inc. also were each issued a lease, the agency said.

The leases were signed Thursday, Ellis-Wouters said by email. They were publicly announced Tuesday, the last full day of President Donald Trump’s term.

The agency has said it is acting in accord with a law passed in 2017 that called for lease sales. President-elect Joe Biden has expressed opposition to drilling in the refuge.

Bernadette Demientieff, executive director of the Gwich’in Steering Committee formed by Indigenous leaders who oppose drilling in the refuge, condemned the issuance of leases. The Trump administration’s decision “to hand sacred lands to exploiters shows its commitment to continuing its cowardly assault on the Gwich’in Nation, even in its last days,” she said in a statement.

Conservation and Indigenous groups and tribal governments were among those who unsuccessfully sought to block the issuance of leases and a survey program pending decisions on underlying lawsuits challenging the adequacy of reviews on which they are based. Those lawsuits remain unresolved.

“We look forward to President-elect Biden stopping the liquidation of this national treasure and restoring protections for its iconic wildlife, wilderness and the Indigenous peoples who depend on it,” he said.

Supporters of allowing drilling in the rugged remote area off the Beaufort Sea see it as a way to bolster oil production and create or sustain jobs.

Gov. Mike Dunleavy, a Republican, has said the turnout for the lease sale reflected efforts by environmental groups to try to “undermine the process by pressuring banks and finance companies to withdraw from oil and gas projects in the Arctic.”

Kara Moriarty, president and CEO of the Alaska Oil and Gas Association, has cited “brutal economic realities” facing the oil and gas industry, along with “ongoing regulatory uncertainty.” 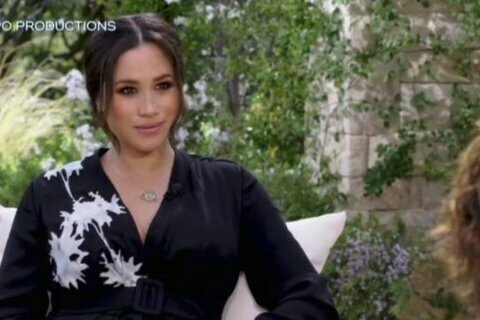