SOUTHAMPTON, Bermuda (AP) — Brian Gay birdied the 18th hole for a 7-under 64 that got him into a playoff, and then he won with a 12-foot birdie putt on the same hole to beat Wyndham Clark in the Bermuda Championship.

Just over a year away from being able to join the PGA Tour Champions, Gay won for the fifth time in his PGA Tour career and earned a return to the Masters next April.

His last victory was at the Humana Challenge in the California desert in January 2013.

Clark was going for his first PGA Tour victory and had a 10-foot birdie putt at the end of regulation for the win. The putt stayed out to the right, and he had to make a 3-footer for a 65 to get into the playoff at Port Royal.

Back to the 18th, Gay’s approach was left of the flag about 12 feet away. Clark, a 26-year-old who hits it plenty farther than Gay, hit a wedge to about 7 feet. Gay made his sharp-breaking birdie putt, while Clark missed his putt.

Ollie Schniederjans, playing on a sponsor exemption, closed with a 66 and finished alone in third.

Gay was No. 328 in the world. He is the fourth player outside the top 300 to win on the PGA Tour eight tournaments into the new season.

BOCA RATON, Fla. (AP) — Darren Clarke two-putted for birdie on the par-5 18th for a 4-under 68 and a one-shot victory in the TimberTech Championship, his first title on the PGA Tour Champions.

Clarke rapped his 30-foot eagle attempt just past the hole, and then had to wait to see if Jim Furyk could make his eagle putt from about 25 feet. The putt stayed left of the hole, and Furyk had to settle for a 68.

Bernhard Langer was 16 under for the final round until making bogeys on the 15th and 17th holes that cost him. He birdied the final hole for a 67 and shared second place with Furyk. It was enough for Langer to regain the lead in the Charles Schwab Cup.

The PGA Tour Champions wraps up 2020 next week with the Charles Schwab Cup Championship in Phoenix, although the season will be extended to include 2021 because of tournaments lost from the COVID-19 pandemic.

The 52-year-old Clarke of Northern Ireland won the British Open at Royal St. George’s in 2011 for his only major. He started the final round tied for the lead with Robert Karlsson, who shot 71.

PAPHOS, Cyprus (AP) — Callum Shinkwin finished birdie-eagle for an 8-under 63 and beat Kalle Samooja in a playoff to win the Cyrus Open for his first European Tour title.

Shinkwin birdied the first extra hole to secure victory after the pair had finished at 20-under 264.

Shinkwin, who lost a playoff for the Scottish Open in 2017, had earlier produced a spectacular finish to set the clubhouse target. He was two shots behind with two holes to play but birdied the 17th and then holed from 50 feet for an eagle on the 18th to complete a back nine of 29.

Samooja needed to match Shinkwin’s eagle to win in regulation and saw his long-range attempt run five feet past the hole. He held his nerve to hole the birdie putt to finish with a 64 and force extra holes.

Overnight leader Jamie Donaldson, who needed on-course treatment for a back problem, carded a closing 67 to finish in a tie for third on 18 under with Robert MacIntyre (65) and Garrick Higgo (65).

Twenty-year-old rookie Yuna Nishimura closed with a 7-under 65 for a one-shot victory over Minami Katsu (72) to win the Mitsubishi Electric Hisako Higuchi Ladies Golf Tournament on the Japan LPGA. … Hana Jang shot a 1-under 71 for a one-shot victory in the SK Networks Seoul Economic Daily Ladies Classic on the Korean LPGA. It was Jang’s 13th career victory on the Korean tour, seven of them in September, October or November. … Daniel van Tonder capped off his wire-to-wire victory in the Investec Royal Swazi Open with 10 points in the modified Stableford scoring. It was his fourth victory in his last six starts on the Sunshine Tour. … Ana Belac of Slovenia won the Carolina Golf Classic on Saturday for her first Symetra Tour title. She moved to No. 2 on the money list, assuring her one of five players to be awarded LPGA Tour cards next year. 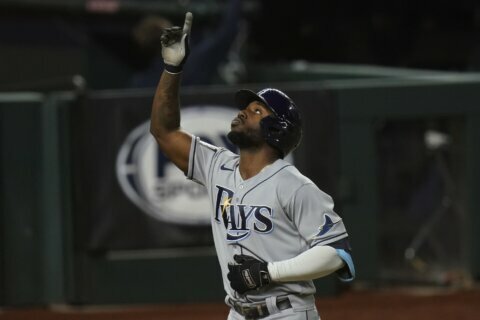 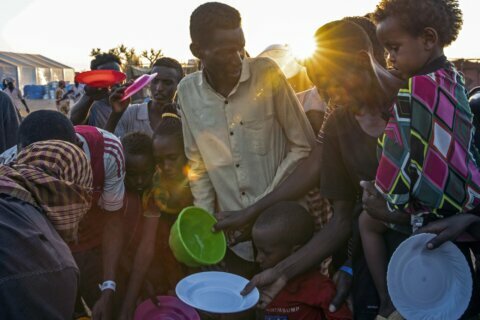