New Caledonia to vote on independence from France

NOUMEA, New Caledonia (AP) — Voters in New Caledonia, a French archipelago in the South Pacific, will choose whether they want independence from France in a referendum that marks a milestone in a three-decade decolonization effort.

Sunday’s vote is key to determining the future of the archipelago east of Australia and its 270,000 inhabitants, including both native Kanaks, who once suffered from strict segregation policies, and descendants of European colonizers.

The vote was long-planned and is focused on local issues, but comes at a time when the legacy of colonialism is under new scrutiny globally after protests in recent months against racial injustice inspired by the Black Lives Matter movement in the U.S.

In Sunday’s referendum, more than 180,000 registered voters will be asked to answer the question “Do you want New Caledonia to gain full sovereignty and become independent?”

No opinion polls have been released, but two years ago, 56.4% of voters who participated in a similar referendum chose to keep ties with Paris — 16,000 kilometers (10,000 miles) and nine times zones away — instead of backing independence.

Both referendums are the final steps of a long process that started 30 years ago after years of violence that pitched pro-independence Kanak activists against those willing to remain in France.

A peace deal between rival factions was achieved in 1988. TA decade later, the Noumea Agreement granted New Caledonia political power and broad autonomy and planned the organization of up to three successive referendums.

If voters choose independence on Sunday, an unspecified transition period will open so that the archipelago can get ready for its future status.

Otherwise, New Caledonia will remain a French territory — and therefore part of the European Union — with its residents keeping French citizenship.

Independence activists campaigning for the “yes” vote want all sovereign powers, including justice, police, the military, currency and foreign relations, to be transferred from France to New Caledonia.

A leading figure in the independence camp, Rock Wamytan, the 70-year-old president of the Congress of New Caledonia, said “we have shown that we could manage an independent country. For 30 years, we are getting ready and we are ready.”

“We have thousands of young people who can now lead the country with their diplomas, their skills and experiences,” he said at a recent rally of the FLNKS movement leading the independence campaign.

For “no” supporters, breaking ties with the French state isn’t an option.

Supporters of the political alliance “L’Avenir en confiance” (“Future in confidence”) argue in their campaign program that “New-Caledonia in France is proud to have its own identity, rich from its diversity. We are part of the French nation.”

Gil Brial, a 46-year-old member of L’Avenir en Confiance and coordinator of the “no” campaign, said “we need to show now that with our project within the French Republic, our large degree of autonomy, we can develop New Caledonia.”

A more moderate party, Caledonie ensemble (“Caledonia together”), is campaigning for a “no” to independence while insisting on the need to build a “common future.”

Philippe Gomes, a 62-year-old lawmaker and president of the party, said pro- and anti-independence supporters need to sit down around a table to reach a consensus.

The coronavirus pandemic has added an extra wrinkle to the vote. New Caledonia has kept its borders almost completely closed, suspending nearly all flights, with only few exceptions and a mandatory 14-day quarantine and testing on travelers.

While France is one of Europe’s hardest-hit countries, with around 32,000 confirmed deaths, New Caledonia has reported no virus-related deaths. Local authorities have reported 27 cases of infection in total, all concerning travelers arriving in the archipelago.

To ensure the authenticity of the vote results, 248 delegates from Paris and Wallis, another French island in the Pacific, will be deployed in polling stations. International observers have also been sent by the United Nations and the Pacific Islands Forum.

The New Caledonia archipelago became French in 1853 under Emperor Napoleon III — Napoleon’s nephew and heir — and was used for decades as a prison colony.

It became an overseas territory after World War II, with French citizenship granted to all Kanaks in 1957. Under French colonial rule, the Kanaks faced strict segregation policies and widespread discrimination.

Latest estimations show the Kanaks now represent about 40% of the population, people of European descent about 27% and others mostly originate from Asian countries and Pacific islands. 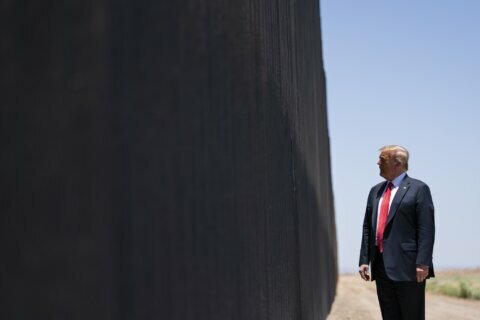 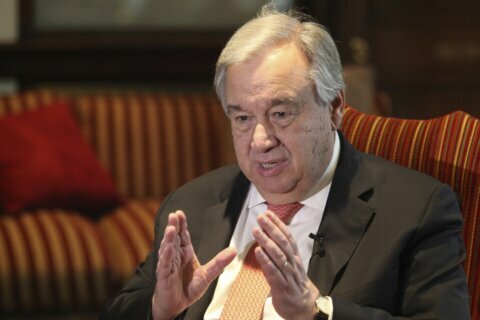