KYIV, Ukraine (AP) — A lawyer representing a top opposition activist was freed after a court imposed a fine Friday, a day after she was detained by police, and three journalists who have covered weeks of mass protests against the country’s authoritarian president were sentenced to about two weeks in jail.

The lawyer, Lyudmila Kazak, went missing Thursday, with police confirming later in the day that she had been detained. On Friday, she was found guilty of failing to obey police and fined 675 rubles ($260).

Kazak has defended Maria Kolesnikova, a key member of a council Belarus’ political opposition set up to push for a new presidential election in the wake of the Aug. 9 vote that officials said gave President Alexander Lukashenko a sixth term in office; opponents and some poll workers claim the results were manipulated.

Kolesnikova is facing charges of undermining state security that could bring a five-year prison term if she is convicted.

“Freedom is worth fighting for. Do not be afraid to be free,” one such message said. “I do not regret anything and would do the same again.”

Kolsenikova has said Belarusian security forces drove her to the border with Ukraine to try to make her leave the country, but that she tore up her passport.

Her lawyer’s detention followed the arrest of Yegor Martinovich, chief editor of popular independent news outlet Nasha Niva. Martinovich is accused of slander against a government official and faces up to three years in prison.

On Friday, two journalists of the Polish-funded Belsat TV channel that covers Belarus were sentenced to 12 days in jail and fined 810 rubles ($310) for working without accreditation and a Belarusian video journalist was sentenced to 15 days for involvement in mass disorder, according to the Belarusian Association of Journalists.

Hundreds of thousands of Belarusians have been protesting daily since the Aug. 9 presidential election.

Both opposition members and some poll workers say the vote was rigged, and the United States and the European Union condemned the election as neither free nor fair. Many European countries refused to recognize Lukashenko as the legitimate leader after his unexpected inauguration earlier this week.

The EU has been weighing sanctions against the Belarusian leadership but failed to agree on imposing them this week. U.K. Foreign Secretary Dominic Raab said Thursday that Britain would prepare targeted sanctions against those responsible for human rights abuses in Belarus.

The Baltic nations — Estonia, Latvia and Lithuania — expanded their own sanctions list on Friday, adding 98 more Belarusian officials, including judges and law enforcement officers, that are considered responsible for vote-rigging and violence against peaceful protesters. Officials on the list aren’t allowed to enter the three countries.

Anti-Lukashenko protests have rocked the country for almost seven weeks, with the largest rallies in Minsk attracting up to 200,000 people. During the first days after the election, police used tear gas, truncheons and rubber bullets to disperse crowds. Several protesters died, many were injured and nearly 7,000 were detained.

The response to street demonstrators intensified again this week, with police detaining hundreds and injuring many. Despite the crackdown, protests continued in Minsk on Friday, with groups of people in different parts of the capital forming human chains of solidarity and singing songs.

Opposition blogs on the Telegram messaging app have called for a big rally in Minsk and other cities Sunday, referring to it as “the people’s inauguration of the real president,” Sviatlana Tsikhanouskaya.

In a video statement released on Friday, Tsikhanouskaya said she supports “everyone who will take to the streets of their cities this Sunday.”

“Together, we’ll be able to achieve our goal: a new fair election. And as a result, an official, lawful inauguration,” Tsikhanoskaya said.

Daria Litvinova and Jim Heintz in Moscow, and Liudas Dapkus in Vilnius, Lithuania, contributed to this report.

Follow AP’s coverage of the protests in Belarus at https://apnews.com/hub/belarus 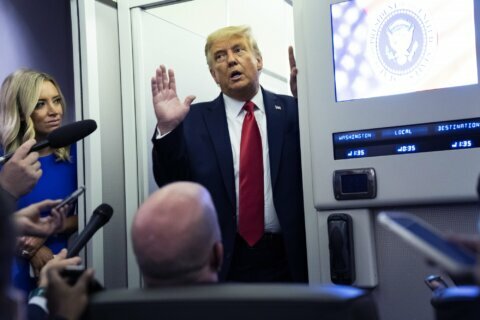 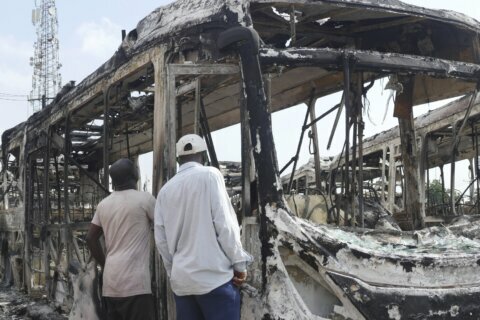