BEIRUT (AP) — Soha Saade had not seen her husband since Christmas. The coronavirus pandemic had kept 44-year-old Jihad in Nigeria, where he worked far from his family in Beirut. Once travel restrictions eased, he flew home with a new sense of urgency: His 6-year old had been diagnosed with Hodgkin lymphoma.

Together, Jihad and Soha spent 13 days with their daughter, Gemma, as she received treatment. “We only had one more day left in the hospital,” Soha said.

When smoke billowed outside the hospital window Tuesday, the couple lamented Beirut’s pollution and disorder. Soha began to film it on her phone, then went out to check with nurses if there was reason to worry.

As she opened the door, “the world exploded.”

In an instant, she had to make a wrenching decision — focus on her daughter, who suddenly was watching blood gush from her stunned father’s head, or leave the girl with others and try to save the life of the man she loved.

Soha carried her burly husband down nine floors, walking barefoot on broken glass. The hospital was no longer functioning. She had to find another.

Strangers appeared and helped her down the stairs. Her brother arrived to help. Soha reached a doctor friend on the phone who talked her through basic first aid.

“Jihado, answer me, don’t go,” she pleaded with her husband.

But it was too late. Other hospitals, overwhelmed, turned the couple away. Soha’s husband died in her arms. He never said a word.

“He didn’t even open his eyes. I saw his soul (leaving his body),” Soha said.

She only removed the broken glass from her feet three days later.

She doesn’t know how to ever remove the pain.

Tuesday’s blast killed nearly 150 people. Search teams are still looking for bodies as some families don’t know whether to mourn.

“You are not supposed to die in a hospital. This is what is killing me,” Soha said.

The couple’s love had survived so much. Jihad, a hotel manager, grew up in Nigeria but never severed ties with Lebanon. He was known for his generosity and for being a family man, his wife said.

They married in 2009 but Soha had to return home from Nigeria when the West African country was shaken by an Ebola virus outbreak a few years ago and she had a baby. Violence in Lebanon then thwarted their plans to live together there.

The couple met every two months until, again, a virus outbreak disrupted their plans. And then their daughter received her diagnosis.

Finally, when Jihad could travel, he came bearing gifts. After days in the hospital by his family’s side, he visited their 9-year-old son, Karl, for a weekend. He returned two days before the explosion, bearing new pajamas for his wife and a plate of tabbouleh for his daughter, who had craved it.

“His biggest concern was his family. He was carrying a big load. Everyone was counting on him,” Soha said.

“He used to give me peace of mind.” 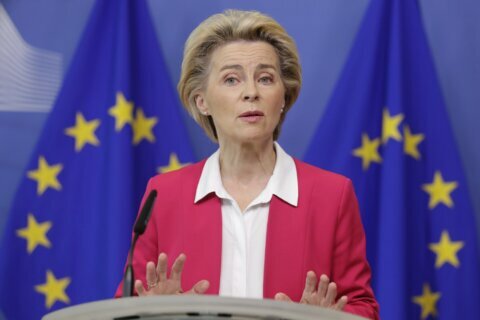 EU tries yet again to fix broken down asylum system 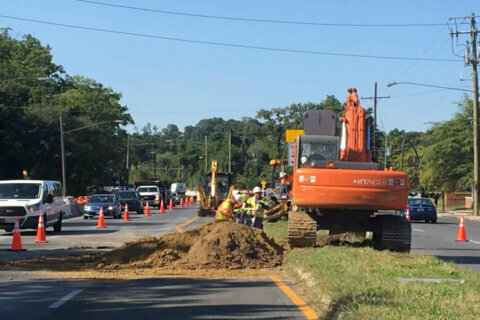