Canada’s conservatives vote wholly by mail for a new leader

VANCOUVER, Canada (AP) — Canada’s opposition Conservative Party is holding an entirely mail-in ballot election for a new leader to carry it into the next general election. Results are to be announced on Sunday.

Just over 269,000 party members are eligible to vote in the race to replace Andrew Sheer, who resigned resigned in December after the party lost to Prime Minister Pierre Trudeau’s Liberals.

The frontrunners appeared to be Peter MacKay, 54, a Cabinet minister under former Prime Minister Stephen Harper, and Erin O’Toole, 47, a longtime member of Parliament and Royal Canadian Air Force veteran who finished third in the 2017 leadership race.

Also in the race are Derek Sloan, 35, a rookie Ontario MP who made headlines for tweeting his belief that being gay is a choice, and Leslyn Lewis, 49, who immigrated to Canada from Jamaica as a child and is now a lawyer with a master’s degree in environmental studies.

The four have similar platforms on issues like reducing the size of government, cutting taxes and taking a harder line on China’s involvement in the Canadian economy.

“To me, there’s not a whole lot of daylight in this campaign on those core issues,” said Sanjay Jeram, a senior lecturer and chair of undergraduate studies in political science at Simon Fraser University in Vancouver.

“This really more of a personality and kind of electability contest,” he said.

MacKay and O’Toole have promised to scrap the Liberal government’s carbon tax. O’Toole would support provinces that enact their own carbon pricing.

Sloan opposes abortion and pledges to reduce immigration. Lewis would allow free votes for MPs on “issues of conscience” and would halt further expansion of medically assisted death.

The four have tacked rightward during the leadership contest, but may have to veer back toward the center to win a general election.

“It’s interesting to see them kind of tripping over each other to move to the right to try to win the leadership,” said Jeram. “But I think the minute somebody is chosen leader, the work to try to win the election will start.”

The next national general election must be held by mid-October 2023.

Mail-in voting is nothing new for the Conservatives. During the 2017 leadership vote, 90 per cent of the ballots were mail-in. This year, due to COVID-19 restrictions, all voting will be by mail.

Voters all must be all must be party members and all ballots must be accompanied by photo identification plus name and current address.

The winner will be decided by a points system. Each of the 338 federal ridings in Canada is allocated 100 points, with points in each determined by what percentage of the vote a candidate gets there.

The party also uses a form of ranked-choice voting. Voters can choose up to four people, ranking them in order of preference. If no candidate wins a majority, votes are recounted with the candidate who finished last overall removed from ballots, raising those voters’ second choices to the top spot. 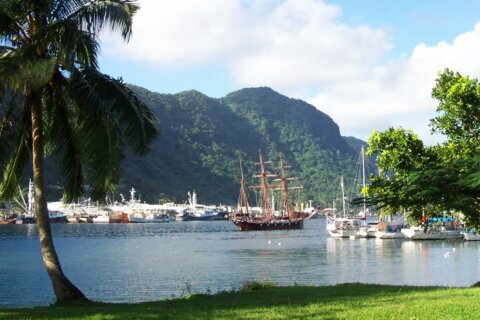