SAN JUAN, Puerto Rico (AP) — Heavy rains drenched the eastern Caribbean as a weather system strengthened into Tropical Storm Isaias late Wednesday while it passed south of Puerto Rico and headed for Hispaniola carrying the threat of flooding and landslides.

The U.S. National Hurricane Center in Miami said the storm was expected to cross the Dominican Republican and Haiti, which share Hispaniola, on Thursday while following a path that could take it to the U.S. mainland by the weekend.

“I don’t want people to lower their guards, because this system is quite dangerous,” said Ernesto Morales with the U.S. National Weather Service in San Juan. “This is not (Hurricane) Maria, but it will bring a lot of rain.”

The hurricane center said the storm was expected to swirl over Hispaniola and then pass between the eastern coast of Cuba and the southeastern Bahamas on Friday.

It then could cross through the central Bahamas on Saturday and possibly move on to southern Florida and the Carolinas, but the center said it was too early to predict the path that far, saying there is “large uncertainty after it leaves the Caribbean.”

Forecasters warned that Isaias could drop 3 to 6 inches (8 to 15 centimeters) of rain, with up to 10 inches (25 centimeters) in isolated spots.

Officials in Puerto Rico expressed concern about the potential for landslides and flooding and noted the U.S. territory is struggling with a spike in coronavirus cases while also still recovering from 2017’s devastating Hurricane Maria and a string of earthquakes earlier this year that damaged or destroyed hundreds of homes in the island’s south.

Multiple power outages were reported across Puerto Rico on Wednesday night, with at least 96,000 customers without electricity. Puerto Rico’s power grid was destroyed by Maria and the rebuilt system is fragile and susceptible to failures.

Officials said more than 300 shelters across the island were prepared to receive people if needed and that more than 130,000 face masks were available. 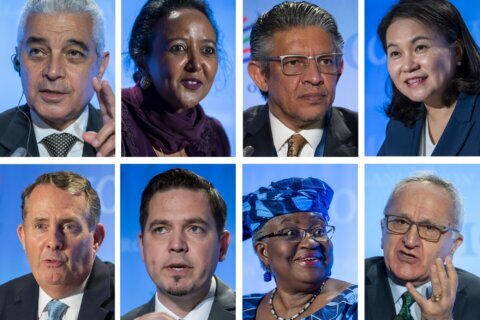