JERUSALEM (AP) — An Israeli court on Monday acquitted a soldier and a prison guard in the 2015 killing of…
Listen now to WTOP News WTOP.com | Alexa | Google Home | WTOP App | 103.5 FM

JERUSALEM (AP) — An Israeli court on Monday acquitted a soldier and a prison guard in the 2015 killing of an Eritrean man who was shot and beaten to death by a mob in the aftermath of a terror attack after being mistaken for an assailant.

The Beersheba District Court ruled that Yaakov Shimba and Ronen Cohen were not guilty of injury with grave intent in the death of Habtom Zerhom, citing “reasonable doubt.”

The judge said Zerhom was “the target of rampant aggression that has no justification,” but accepted the defendants’ claim that they beat Zerhom because they believed him to be an attacker.

In the October 18, 2015 attack, an Arab man armed with a knife and gun killed a soldier, stole his weapon and opened fire into a crowd at the Beersheba bus station, wounding nine.

In the ensuing mayhem, Zerhom, a 29-year-old Eritrean migrant, ran into the station to seek shelter. A security guard mistook him for a second attacker and shot him.

A mob, which included Shimba and Cohen, then proceeded to kick and beat Zerhom while he lay on the floor bleeding, as several bystanders tried to protect him. He later died of his wounds at a hospital.

The attack came at a time of heightened tensions, when Palestinians were carrying out a wave of stabbings, shootings and car-ramming assaults. At the time, Israelis were stocking up on mace and pepper spray, and some public officials were openly carrying personal weapons and encouraging the public to do the same.

After the killing of Zerhom, Prime Minister Benjamin Netanyahu condemned the vigilantism. Some critics accused Israel’s leaders of fostering the charged climate, while others called for the swift prosecution of those involved in the mob.

Two others charged in the case were convicted and sentenced to four months in prison and 100 days of community service, respectively. One was ordered to pay compensation to Zerhom’s family, which is suing the Israeli government for damages. 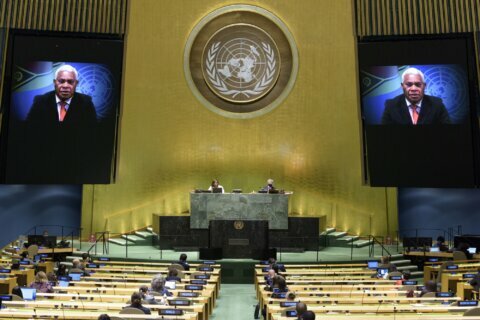