National traumas or major convulsions have been familiar territory in the latter 20th and early 21st centuries for some countries currently ravaged by the coronavirus. Same story for some who have been so far relatively unscathed by the pandemic. Whether by ruinous wars, invasions, civil wars, revolutions, terror attacks, assassinations or natural disasters, mass deaths and distress have shaped nations and their psyches. Dealing with the aftermath of the human devastation wrought by the virus will be another seismic chapter in some painful journeys.
Listen now to WTOP News WTOP.com | Alexa | Google Home | WTOP App | 103.5 FM
(1/18) 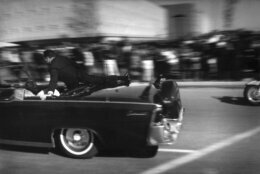 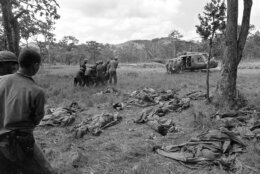 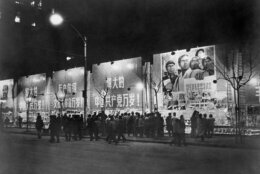 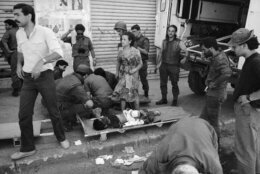 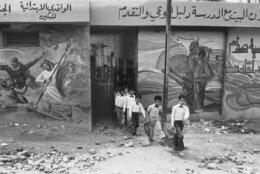 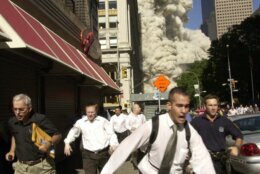 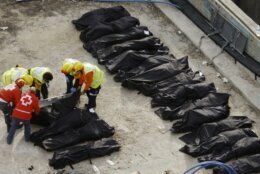 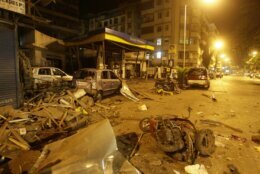 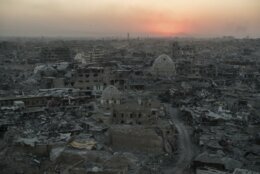 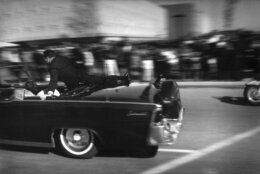 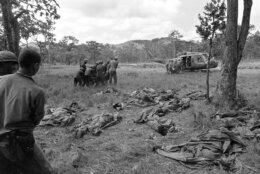 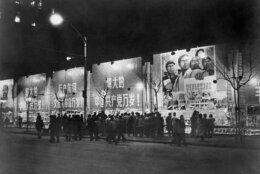 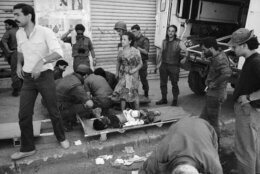 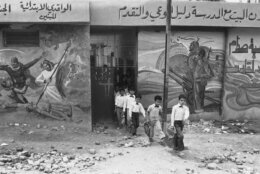 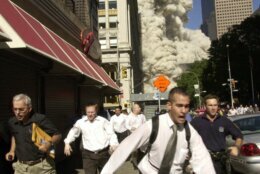 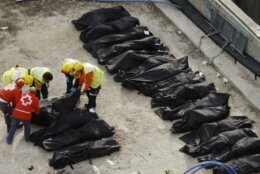 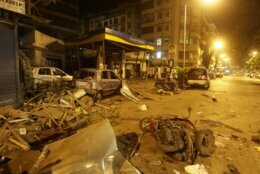 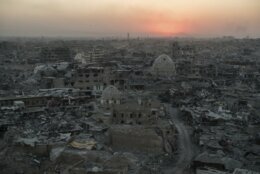 LONDON (AP) — National traumas or major political convulsions have been familiar and bloodied territory in the latter 20th and early 21st centuries for some of the countries currently ravaged by the coronavirus.

Whether by long and brutal wars, invasions, civil wars, revolutions, terror attacks, assassinations of leaders and anti-mafia judges, or natural disasters, distress has often shaped nations psyches. So it is for — among others — the United States, China, Iran, Italy, Spain, France, Britain and India.

There are also nations that have suffered disproportionately in recent decades, with death tolls in the tens or hundreds of thousands, who have been relatively unscathed by the pandemic — such as Lebanon, Syria, Iraq or Bosnia.

Dealing with the aftermath of the human devastation wrought by the virus will be another seismic chapter in some painful national journeys. In many places, the numbers tell the story; in others, upheaval or single deaths altered national trajectories forever.

Perhaps nothing is quite as ruinous as war in all its forms. For the United States, the enduring wound of the Vietnam War tore apart the nation. The U.S.’ coronavirus death toll last week surpassed the 58,220 American service members killed in Vietnam, which suffered over 1 million civilian and military deaths. Vietnam has reported no virus deaths and fewer than 300 infections.

Mao Zedong’s Cultural Revolution from the mid-1960s to the mid-1970s — an anti-intellectual purge — caused the deaths of up to 2 million and affected all parts of Chinese society, setting the nation back years. Today, Beijing has been both lauded for its initial lockdown and denounced for not acting quickly enough by not warning the public during the earliest days.

The Iran-Iraq war launched by Iraq’s Saddam Hussein after the Iranian revolution resulted in around 500,000 dead and the decimation of a generation in both countries. The U.S.-led invasion of Iraq in 2003 and its spinoff internal conflicts, including the rise and fall of the murderous Islamic State group, have claimed hundreds of thousands of lives on all sides. Now, Iran is one of the nations hit hardest by the outbreak, with more than 6,200 reported dead. Iraq ‘s woes are more focused on the loss of oil revenue.

Such protests, against a corrupt political class and a financial inferno, have ignited again this week in Lebanon as lockdown restrictions loosen. A relatively low two dozen virus deaths means the country may have avoided cataclysm so far, but the greater fear is national meltdown. The tiny nation lived through a 1975-1990 civil war that killed more than 100,000 people and featured Israeli invasions, bombardment, political assassinations, and occupation during and after that period. Syria was also an occupying force, some years later imploding into a civil war of its own with around half a million killed. Damascus has reported few virus deaths. But there are concerns from the U.N. that ‘’tragedy beckons,” particularly in crowded, rebel-held Idlib.

Al-Qaida’s 9/11 attacks took terror to a level previously unseen — in terms of deaths, shock value and the reverberations that followed in Afghanistan, Pakistan, Iraq and beyond. Just under 3,000 people perished in the attacks. New York City, one of the world’s worst virus hotspots, has many thousands more deaths than those killed in and around the twin towers. Bali, Madrid, London, Paris, Brussels and Mumbai were all targeted in extremist attacks in the years that followed, not to mention countless attacks in Syrian, Iraqi , Pakistani and Afghan cities. The deaths in each attack, from scores to hundreds, left indelible marks.

The 1960s in America saw the lives of two Kennedys, the Rev. Martin Luther King Jr. and Malcolm X snuffed out by assassins. In India, where infections are still rising daily and a lockdown has taken a punishing toll on the impoverished, Prime Minister Indira Gandhi was slain in 1984; her son Rajiv, a former premier, met the same fate in 1991. In neighboring Pakistan, where the country this weekend reported its biggest one-day spikes in new infections, Benazir Bhutto was assassinated in 2007 at a political rally as she sought a third term as premier after returning from exile.

Italy has the second-highest outbreak fatalities after the U.S., and failures unleashed a trail of death in Lombardy. The vulnerable generation suffering the worst of Italy’s contagion has painful memories of the Marxist Red Brigade group kidnapping and killing former prime minister Aldo Moro during the ‘’Years of Lead” in the 1970s. National trauma was palpable after the mafia assassinated two judges and prosecuting magistrates Giovanni Falcone and then Paolo Borsellino in Palermo, Sicily within two months of each other in 1992. Italy was shocked into confronting the mafia in all-out struggle. But the state never won that battle, and the mafia profits today in the time of the pandemic.

Tamer Fakahany is AP’s deputy director for global news coordination and has helped direct international coverage for the AP for 17 years. Follow him on Twitter at https://twitter.com/tamerfakahany.