BRUSSELS (AP) — European Union leaders broke up a marathon budget summit without a deal Friday and their positions were still so far apart that they could not even decide when to meet again on the divisive issue.

After 28 hours of talks the leaders could not find a compromise, with a half dozen wealthy member states insisting they would not stump up more funds for the bloc’s next long-term spending package, worth around one trillion euros ($1.1 trillion).

“The differences were simply too big,” said German Chancellor Angela Merkel. “There is still a lot of work ahead of us.”

What’s at stake is whether leaders are ready to put their money where their mouths are when it comes to European policy ambitions. At the same time, amid poor economic growth, they cannot afford to give the impression to their home audiences that they are splashing out taxpayers’ cash.

“As my grandmother said, to succeed you have to try,” EU Council President Charles Michel said. It was not clear yet exactly when a new summit would be set.

“The work is going to have to continue in coming weeks and months,” said French President Emmanuel Macron. “There have been some improvements but they’re not good enough.”

Beyond the problems of reconciling rich and poorer member states, the departure of Britain at the beginning of the month, which was a high contributor to the EU coffers, also made things tougher.

“It’s a very difficult negotiation, especially after Brexit and the gap (of) between 60 and 75 billion euros,” said Michel.

The so-called “Frugal Four” of Austria, Denmark, the Netherlands and Sweden, and a few others, believe the EU’s 2021-2027 budget, which is meant to fund ambitious climate change and digital economy policies, should amount to 1% of the 27-nation trading bloc’s gross national income.

On the other hand, many of the poorer member states and the European Parliament wanted to stick with a bigger budget of 1.3 percent.

Dutch Prime Minister Mark Rutte said: “There is a way to get out of this. But not tonight.”

The tussle over the seven-year budget is almost a tradition in the EU, with long meetings par for the course.

“In the past it was always such. We needed two or three summits. I am hopeful to get a new breakthrough next time,” said Austrian Chancellor Sebastian Kurz.

It is an issue though that cannot be pushed forward forever. Unlike national budgets, the EU’s spending plan cannot be temporarily rolled over based on the terms of the previous seven-year package. The budget’s legal basis would evaporate without an agreement.

From next year, funds to help poorer European regions would disappear and five countries that currently receive rebates — a return on their funds because they contribute more than they receive — would lose that money, and their contributions would “skyrocket,” EU officials say.

It’s not just about this lengthy summit. The whole budget process was launched almost two years ago and the EU’s executive commission had insisted it be finished last fall, as the current budget period expires this December.

Broadly speaking, the “Frugal Four” with the backing of Germany are lined up against the “Friends of Cohesion,” a group of mainly central and eastern European nations who want to see the continued flow of “cohesion funds” — money earmarked to help develop poorer regions.

“If we want to find an agreement, I think everybody has to be flexible. It cannot be the way that one, or some, countries try to dictate the outcome,” said Finnish Prime Minister Sanna Marin.

With Britain gone from their ranks, the leaders want to prove that Europe can still forge ahead toward brighter horizons, but Brexit has left them with a sizable budget hole — about 75 billion euros ($81 billion) over seven years.

In the great scheme of things this is not a huge amount of money for the world’s biggest trading bloc. Even if a trillion euros sounds like a lot, it actually amounts to about 1% of the gross national income of the 27 nations combined.

The budget is also made up of customs revenue and income from fines levied by the commission, and the EU’s executive arm has raked in plenty of those from antitrust cases involving tech firms and others in recent years.

So no country even pays 1% of its own gross national income, and the debate is over some 0.3 percentage points.

But it’s not just about convincing reluctant member countries to stump up funds. The European Parliament must also ratify any final budget agreement and for the moment EU lawmakers are far from happy.

Angela Charlton in Brussels and Jan M. Olsen in Copenhagen contributed to this report. 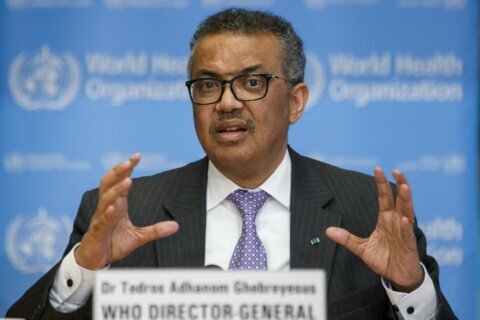 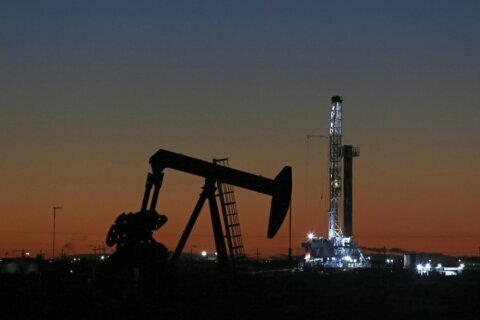