ROME (AP) — For a city already familiar with losing a basketball hero, Kobe Bryant’s death made a particularly strong…

ROME (AP) — For a city already familiar with losing a basketball hero, Kobe Bryant’s death made a particularly strong impact in the Italian town of Rieti.

Nicknamed “the center of Italy” for its geographic location amid the Apennine Mountains, Rieti was the first stop on Bryant’s seven-year childhood tour of the country.

It’s where Joe Bryant, Kobe’s father, made his Italian basketball debut in 1984 when Kobe was 6.

“He was just a little kid,” Giuseppe Cattani, the president of the Rieti team and a former teammate of the older Bryant, told The Associated Press in an interview Monday.

“He had a unique vivaciousness. He followed his father around and would go out onto the court to shoot around at halftime and after his games,” Cattani added. “There were other kids, too, but you could already tell that he was going to be a great player.”

As Joe Bryant jumped around from team to team in Italy — he also played in Reggio Calabria, Pistoia and Reggio Emilia — Kobe picked up the local language and spoke fluent Italian into adulthood.

But the Bryants might not have ever made it to Italy if not for Willie Sojourner, another American player who spent six successful seasons with Rieti beginning in 1976.

“Joe took over the legacy that was begun by Willie Sojourner, who really helped establish the team,” Cattani said of Sojourner, who had been Julius Erving’s teammate and good friend with the New York Nets — and came up with Erving’s nickname, “Dr. J.”

“Willie Sojourner was Rieti’s basketball godfather. Nobody wanted to mess with “Zio Willie” (Uncle Willie), as we called him,” Cattani said. “Back then when Americans came to play in Italy they were really viewed as legends. They taught us how basketball was played on the other side of the ocean. All the kids back then, like me — I was on the youth team — would look up to these players in awe.”

Sojourner returned to Rieti in 2005 to coach the club’s youth team but then died in a car accident a month later on a rainy night by crashing into a tree on a twisty road. He was 57.

Kobe Bryant, an 18-time NBA All-Star who won five championships and became one of the greatest basketball players of his generation during a 20-year career with the Los Angeles Lakers, died Sunday with his 13-year-old daughter, Gianna, in a helicopter crash near Calabasas, California. He was 41.

“It’s tragic when you lose these champions,” Cattani said. “It felt like we lost a family member last night. The entire city.”

Tragedy, unfortunately, is common in the Rieti region, which is still recovering from the 2016 earthquake that destroyed nearby Amatrice.

Rieti was once home to a prestigious international athletics meeting, where Asafa Powell set a world record in the 100 meters in 2007. But since the quake and all of the region’s resources poured into the recovery, the meet has not been held.

The headlines of the local newspapers in Rieti on Monday read: “The city is in mourning. Kobe Bryant, who grew up in Rieti, is dead.”

“It’s like we’ve lost our superhero,” Cattani said. “He was an icon to us, like Spider-Man or Superman. One of these superheroes who can’t die. On the basketball court, they’re immortal.”

The Italian basketball federation said Monday it has ordered a minute’s silence to be observed for all games “in every category for the entire week.”

“It’s a small but heartfelt and deserved gesture to honor the life and memory of Kobe Bryant, an absolute champion who always had Italy in his heart,” the federation said. “Kobe was and will always be linked to our country.”

Luca Vecchi, the mayor of Reggio Emilia, announced that a square in the town will be named after Bryant.

“There were several games when Joe scored more than 60 points. He was the type of player that coaches today wouldn’t like,” Cattani said. “He didn’t play according to any specific tactics — just like his son. If he wanted to, he would play virtually by himself.”

The lessons that Kobe learned in Italy, though, made him a more complete player than his father.

At its next home game on Feb. 5, Rieti is planning a tribute to Kobe and will symbolically retire his jersey. The ceremony will take place in the PalaSojourner, the team’s arena that was named after Sojourner a month after his funeral was held there with Dr. J among those in attendance.

A grieving Joe Bryant will be among those invited to attend this time. 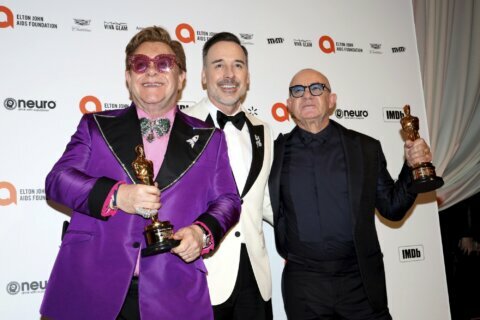 He’s still standing: Elton John to finish Down Under tour