BEIRUT (AP) — The crowd hurled potatoes that thudded on the sides of the hulking U.S. armored vehicles. “What happened to Americans?” one man shouted in English up at the sole U.S. soldier visible on the back of a vehicle. The soldier stared silently straight ahead, away from the show of fury.

It was yet another indignity in a U.S. withdrawal that has been carried out over the past two weeks with more haste and violence than expected — and which may now be partially reversed.

The turmoil was only in part because President Donald Trump’s Oct. 13 order to leave was so abrupt. It also seemed there had been little U.S. preparation for how to deal with a subsequent invasion by Turkey, though Ankara had been threatening it for months. And when it did strike, Turkey hit more widely across northeastern Syria than anticipated and was startlingly aggressive, seemingly trying to shove U.S. soldiers out of its way. Turkish artillery fire and Turkish-backed fighters came dangerously close to three American positions, U.S. and Kurdish officials said.

On Monday, a U.S. convoy was passing down an avenue in the Kurdish-dominated city of Qamishli, apparently on the way out of Syria, when it caught the brunt of residents’ anger and frustration at the American military that was once their closest ally and was now abandoning them.

“Like rats, America is running away,” one man shouted in Arabic at the vehicles, shown in a video put out by the Kurdish news agency.

One armored vehicle, its American flag flying on the back, reversed down the street and popped onto the sidewalk, apparently searching for a way around the angry men stomping toward it, jabbing their fingers in the air and shouting insults.

Now, the whole rationale Trump put forward for the retreat — to get American troops out of the Mideast and “endless wars” — is in doubt.

Rather than leaving the region, the withdrawing troops will deploy in neighboring Iraq to fight the Islamic State group, which many warn could get new life from the Syria turmoil. Some U.S. forces are still in eastern Syria, helping Kurdish fighters protect oil fields. Defense Secretary Mark Esper said Monday he was discussing keeping them there.

Trump surprised even his own military on the ground when he agreed to remove U.S. soldiers working with Kurdish-led forces near the border in an Oct. 6 phone call with Turkish President Recep Tayyip Erdogan. Three days later, Turkey launched its offensive with heavy bombardment along the frontier.

For the American troops, it had not been clear how far the Turkish offensive would go, but they were promised they were out of harm’s way. The assault was expected to target a block of territory in the center of the border where the U.S. and Turkey had been trying to work out a compromise “safe zone” arrangement.

Senior Pentagon officials said repeatedly that there was frequent communication with the Turks to avoid accidents on the ground and in the air. But one U.S. official with knowledge of the ground said Turkey’s actions were unilateral and potentially “dangerous to coalition forces and civilians.” The official spoke on condition of anonymity because he was not authorized to brief reporters.

It quickly became clear Turkey was more aggressive than expected. Two days into the offensive, just after 9 p.m. Turkish artillery fired near a well-identified U.S. observation point on a hill outside of the town of Kobani, 70 kilometers (44 miles) west of that zone.

The Turkish military said it was responding to Kurdish fire coming from a position about a kilometer (0.6 miles) away from the post. It said it took precautions before firing to prevent harm to the Americans and ceased fire upon “receiving information” from the U.S military.

But the U.S. official cast doubt on that, saying the American post would have seen Kurdish fire and gone on alert.

Kobani was a scene of the first major battle to drive out IS in 2014, making it a symbol of U.S.-Kurdish cooperation against the militants. Capturing Kobani would have made it possible for Turkey to link up its territories it holds to the west with newly captured areas to the east.

The Pentagon confirmed the incident and said it warned Turkey to avoid actions that could cause defensive reaction. No troops were injured but the Americans left the outpost.

“They (the Turks) created the effect they wanted. We moved out of there tonight,” the official told the AP in a text message at the time.

Two days later, Trump ordered all troops out of Syria. Esper told CBS Face the Nation, “In the last 24 hours we learned that they (the Turks) likely intend to expand their attack further south than originally planned and to the west.”

At the same time, the Kurds announced they had worked out a deal with Russia for the Syrian government’s military to deploy in border areas to protect them against the Turkish offensive.

For a brief moment the U.S. troops seemed to stall. They waited in the flashpoint town of Manbij and strategic Kobani until Syrian forces backed by Russia arrived. It was a clear move to put brakes on the Turkish expansion.

Then, Turkish-backed Syrian militias got too close. They deployed on a major highway, erecting checkpoints and intercepting vehicles, including one carrying a Kurdish politician, whom the fighters killed in a widely circulated video.

Moving fast in armored vehicles provided by Turkey, the fighters advanced toward Ein Issa, a town near the highway that was the administrative center for the Kurdish forces and where the U.S. had a significant presence. The U.S. official said their approach meant American troops there couldn’t move freely or keep lines of communication with their Kurdish partners.

“The situation on the ground is deteriorating rapidly,” the official said. An hour later, the official confirmed the U.S. troops pulled out of one U.S. base.

Then came another dramatic brush with the Turkish forces.

Some U.S. troops had begun leaving Lafarge, a deserted cement factory that housed a large coalition and Kurdish fighters base, about 50 kilometers (35 miles) south of Kobani, according to an official from the Kurdish-led Syrian Democratic Forces official and the Syrian Observatory for Human Rights, a war monitor.

Word got around, prompting Turkish-backed fighters to advance toward the site. The American official told the AP that the fighters “came very close” to the base and “put U.S. forces on the ground directly at risk.”

The Americans sent aircraft flying overhead in a “show of force” and contacted the Turkish military to protest, the U.S. official said. The U.S. troops then left Lafarge. The Syrian Kurdish fighters clashed with the approaching Turkish-backed fighters but were vulnerable because of its desert location so they retreated, the SDF official said. He spoke on condition of anonymity in order to discuss details of the conflict.

The next day, an American warplane hit a section of Lafarge believed to include an ammunition depot to destroy supplies and prevent them from falling into others’ hands. The coalition explained the strike as a routine measure.

But the SDF official was livid. “The Americans had fled before the confrontation,” he said. 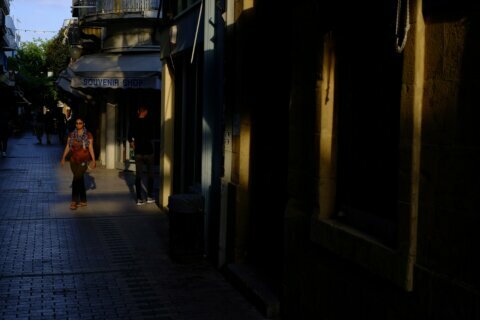 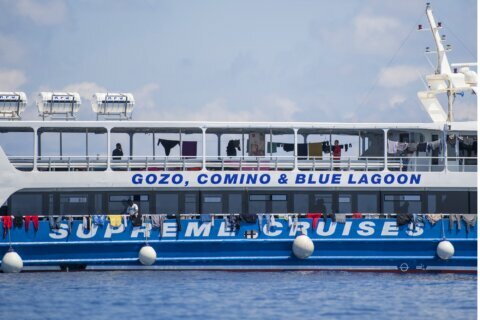 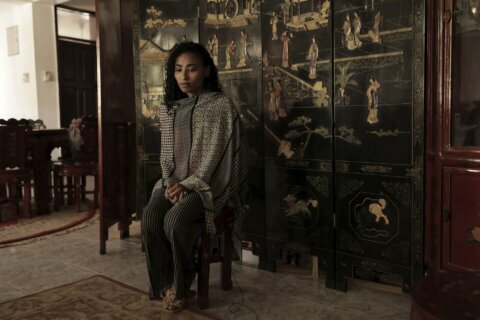