The Latest: Russian assures security of civilians at border

BEIRUT (AP) — The Latest on the situation in Syria following the Turkish invasion earlier this month into the country’s northeast (all times local):

Russia’s defense minister has spoken to the Kurdish military chief to discuss the Russian military patrols in northeastern Syria.

Russia and Turkey on Tuesday struck a deal to share control of northeastern Syria, halting the Turkish offensive against the Kurds that was launched on Oct. 9.

The deal allows Turkey to retain control of the area it has overtaken in the assault, while Russian and Syrian troops will control the rest of the Turkey-Syria frontier. The agreement gives the Kurds 150 hours, starting at noon Wednesday, to withdraw their forces 30 kilometers (19 miles) away from the border.

Abdu thanked Russia for helping to end the fighting and to protect the Kurdish people, according to the Russian Defense Ministry.

A Syrian Kurdish commander says the truce with Turkey would not have been possible without the efforts of U.S. President Donald Trump.

Commander Mazloum Abdi’s comments were tweeted Wednesday by his force’s spokesman as Trump made his announcement that the cease-fire between Turkey and the Syrian Kurds will be permanent. Abdi said Trump promised to maintain the U.S. partnership with the Kurdish-led forces and continue long-term support.

In his speech, Trump said a small U.S. force will stay in Syria to protect the oil that remains in the hands of the Kurdish-led forces but made no indication of more cooperation.

Abdi thanked Trump for his “tireless efforts” to stop the Turkish offensive, although Trump had essentially opened the way for the Oct. 9 invasion into northeastern Syria when he ordered his troops to step aside. The offensive lasted nine days before a U.S.-brokered cease-fire was negotiated. The Kurdish force had to withdraw its fighters south of the border.

A senior Russian diplomat says Moscow expects the United States to shut down its remaining military base in southern Syria.

Deputy Foreign Minister Sergei Vershinin said Wednesday the U.S. troops must leave the base in Tanf near the Jordanian border. He said the “illegitimate” U.S. presence should end to let the Syrian government fully reclaim control over the country.

Turkey invaded northeastern Syria on Oct. 9 to push back Kurdish fighters from its border following the withdrawal of U.S. troops from the area. On Tuesday, Russia and Turkey struck a deal to share control of Syria’s northern border and conduct joint patrols.

Vershinin said the deal followed an understanding reached in confidential contact between Russia, Damascus and the Kurds. He said the Kurds’ rights should be upheld in Syria’s new constitution.

Turkish media reports say Turkish troops and allied Syrian rebels are securing a town in northeastern Syria after Syrian Kurdish fighters pulled out of the area.

The private DHA news agency says the Turkish soldiers and Syrian rebels were using heavy machinery on Wednesday to fill in tunnels dug by the Kurdish fighters in Ras al Ayn. They were also disposing of traps or explosives left behind.

The private NTV television, meanwhile, showed a group of Syrian rebels standing on the roof of a building that was reportedly the Syrian Kurdish fighters’ headquarters, unfurling the Turkish and Syrian opposition flags.

The move came after the U.S. announced Syrian Kurdish fighters completed their pullout from Ras al Ayn and other areas Turkey invaded this month.

Separately, Russia and Turkey agreed on Tuesday to deploy their forces across nearly the entire northeastern Syria border to fill the void left by President Donald Trump’s abrupt withdrawal of U.S. forces.

Turkish media quote President Recep Tayyip Erdogan as saying that Turkey will resume its offensive in northeastern Syria if neither Russia nor the U.S. ensure that Syrian Kurdish fighters completely pull out of the region along Turkey’s border.

Erdogan spoke to journalists on Wednesday, following his return from talks in Russia.

He says he asked Russian President Vladimir Putin what would happen if the Syrian Kurdish fighters donned Syrian army uniforms and remained in the border area. Erdogan says Putin responded by saying he wouldn’t let that happen.

The Turkish leader also says a planned visit to Washington for talks with President Donald Trump, scheduled for Nov. 13, would likely take place.

The NATO chief is calling for a political resolution to the conflict in Syria and urges Turkey to focus on the threat posed by the extremist Islamic State group, two weeks since Turkey invaded northeastern Syria in an offensive against Kurdish forces there.

NATO Secretary-General Jens Stoltenberg said on Wednesday that “the recent developments underscore the urgent need for a political solution” in Syria.

He says it’s important to ensure the extremists are defeated “and that we understand that the fight against ISIS is not over. They can come back.” ISIS is another acronym for the Islamic State group.

Russia and Turkey agreed on Tuesday to deploy their forces across nearly the entire northeastern Syria border to fill the void left by President Donald Trump’s abrupt withdrawal of U.S. forces.

Stoltenberg says “it is a bit too early to judge the consequences” of that agreement.

NATO defense ministers will discuss Turkey’s invasion of northern Syria during talks in Brussels on Thursday.

The Kremlin has warned Kurdish fighters that they will face a renewed Turkish onslaught if they fail to withdraw their forces in line with a Russia-Turkey deal.

Under the agreement, Turkey will hold the area it has seized in the invasion that began on Oct. 9, while Russian and Syrian troops will control the rest of the Syria-Turkey border. The deal gives Kurdish fighters 150 hours starting at noon Wednesday to withdraw from the area.

Putin’s spokesman Dmitry Peskov warns that if the Kurds fail to do that, Russian and Syrian troops will step back and “the remaining Kurdish units will be steamrolled by the Turkish army.”

The Interfax agency carried a statement by Russia’s military police saying patrols had begun in the northeast of the city of Manbij. Russian television meanwhile, reported a convoy of Russian troops heading toward the town of Kobane.

Under the deal, Russian and Syrian government forces were to move to ensure that the fighters pull back 30 kilometers, about 20 miles, from the border as of noon on Wednesday.

The deal reached between Turkish President Recep Tayyip Erdogan and Russian President Vladimir Putin allows Turkey to maintain control over areas it invaded this month in northeastern Syria. Ankara launched the incursion against Syrian Kurdish fighters whom it considers terrorists, claiming they are linked to a Kurdish insurgency within Turkey.

The deal gives the Russian troops and the Syrian army control over the rest of the Syria-Turkey frontier.

Mevlut Cavusoglu made the comments on Wednesday — even after the military signaled it won’t resume its offensive, following separate agreements Turkey reached with the U.S. and Russia.

The military said earlier the U.S. had announced Syrian Kurdish fighters completed their pullout from areas Turkey invaded this month as a five-day cease-fire expired.

Cavusoglu told Anadolu Agency: “If there are terrorist remnants, we would clear them.”

Cavusoglu said the deal with Russia — which foresees joint Turkish-Russian patrols after the withdrawal of Kurdish forces — would continue until a lasting political solution for Syria is reached. He says the border areas would be locally-administered, mostly by Arabs.

He said Turkey agreed not to conduct joint patrols in the city of Qamishli, because of Russian concerns that such a move could lead to a confrontation between Turkish troops and the Syrian government forces who have long been present in the area.

Turkey’s Defense Ministry is signaling it won’t resume its offensive in northeast Syria, following agreements reached with the U.S. and Russia.

The ministry said early on Wednesday the U.S. had announced Syrian Kurdish fighters completed their pullout from areas Turkey invaded this month as a five-day cease-fire allowing for the withdrawal expired.

This came after the leaders of Russia and Turkey announced a separate deal for their forces to jointly patrol almost the entire northeastern Syrian border after the Kurdish withdrawal.

Under that deal, Turkey will maintain control over the areas it holds since its incursion. It also lets Russian and Syrian troops control the rest of the border.

The ministry said: “At this stage, there is no further need to conduct a new operation outside the present operation area.” 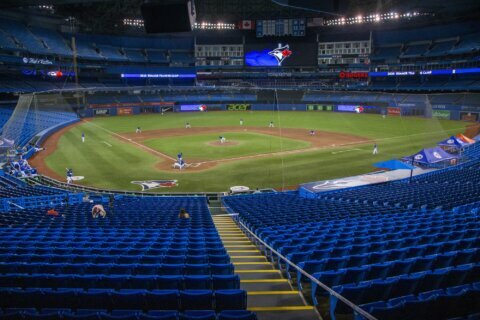 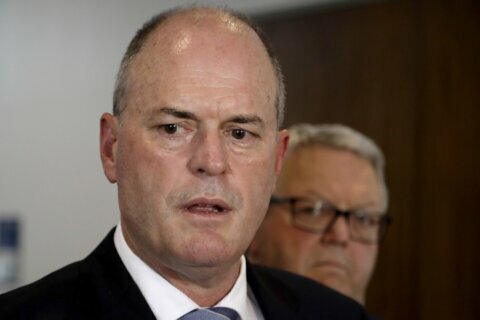