‘Climate strike’ crosses continents: A look at the protests

NEW YORK (AP) — Hundreds of thousands of mostly young people marched, rallied and demonstrated around the world Friday, demanding action to combat climate change. A look at some of the “Global Climate Strike” protests:

— KENYA: Some young protesters in Nairobi wore hats and outfits fashioned from plastic bottles to stress the dangers of plastic waste, a major threat to cities and oceans.

— SOUTH AFRICA: Hundreds of protesters in Johannesburg waved signs saying “Climate justice now” and “There’s only one Earth.” Others demonstrated in the capital city of Pretoria.

Demonstrators converged in 110 towns and cities across Australia, including Sydney and Canberra. Organizers estimated there were more than 300,000 people, which would make the demonstrations the largest in Australia since the Iraq War began in 2003. Australia is the world’s largest exporter of coal and liquid natural gas.

Acting Prime Minister Michael McCormack — filling in while Prime Minister Scott Morrison is on a state visit to the United States — said Australia is already taking action to cut emissions. McCormack labeled the climate rallies ” a disruption” that should have been held on a weekend.

— AFGHANISTAN: Protected by an armored personnel carrier, about 100 marched in Kabul, the capital of conflict-torn Afghanistan. Some said climate change will kill them if war doesn’t.

— HONG KONG: After a summer of pro-democracy protests, activists marched along the harbor front chanting for a different cause: “Stop the pollution.”

— PHILIPPINES: Filipinos marched in Manila to honor the memory of slain environmental activists, staged a “die-in” at the offices of the Environment and Natural Resources Department. A similar “die-in” was held in the Thai capital of Bangkok.

— CZECH REPUBLIC: Thousands gathered at Prague’s downtown Old Town Square pledging “More Love, Less Coal,” among other slogans. Rallies were also held in about 40 other places around the country.

— FINLAND: A man dressed as Santa Claus outside the Parliament building in Helsinki held a sign saying: “My house is on fire, my reindeer can’t swim.”

— FRANCE: Young demonstrators, some skipping school, chanted “anti-capitalism” and “join us, don’t watch us” as they marched in Paris.

— GERMANY: Police said more than 100,000 gathered in front of the landmark Brandenburg Gate in Berlin, not far from Chancellor Angela Merkel’s office, where the Cabinet worked out the final details of a 54 billion euro ($60 billion) plan to curb Germany’s greenhouse gas emissions.

— POLAND: Polish President Andrzej Duda and first lady Agata Kornhauser-Duda joined school students collecting trash in central Poland’s Puszcza Biala forest. Many middle schools gave students the day off to participate in rallies in Warsaw and other cities in the coal-producing nation with tens of thousands of jobs in mining.

— SLOVAKIA: Students rallied in four major cities, and President Zuzana Caputova welcomed their initiative. She said “the pressure they create by their activities … is extremely needed for Slovakia, Europe and the entire world.”

— SWEDEN: A rally in Sweden’s capital of Stockholm snaked through downtown behind a banner reading “School strike for climate,” the slogan Swedish teenager Greta Thunberg used when she started skipping classes once a week to protest climate change. Her school strikes inspired students in other countries and made her an international activist. Thunberg was in New York on Friday, preparing to speak at U.N. climate events in the coming days.

— UNITED KINGDOM: Thousands of schoolchildren and adults who supported them demonstrated outside the British Parliament in London. The British government said it endorsed the protesters’ message but didn’t condone skipping school.

— CALIFORNIA: A student-led climate strike in San Francisco also drew about 60 Google employees, one holding a sign reading, “Google Do Better.” Google CEO Sundar Pichai told the Financial Times newspaper that the call for zero carbon emissions by 2030 was not “unreasonable.”

— FLORIDA: “Miami is under attack,” students shouted at a protest that drew hundreds in Miami Beach. Some voiced concern about losing their homes to rising sea levels.

— VIRGINIA: Some participants in a rally outside the Virginia state Capitol in Richmond later marched to the offices of Dominion Energy to protest a planned natural gas pipeline. The company, which has committed to reducing its carbon emissions, has said the pipeline is urgently needed.

— WASHINGTON, D.C.: Several thousand protesters, many of them high school age or younger, marched to the Capitol.

— WASHINGTON STATE: Hundreds of Amazon workers walked out of their Seattle offices to urge the online retail giant to stop dealing with oil and gas companies, among other requests. Amazon, which ships more than 10 billion items a year, vowed Thursday to cut its use of fossil fuels.

— BRAZIL: Scores of young protesters gathered outside the Rio de Janeiro state legislature in Brazil, where a recent increase in fires in its Amazon region sparked an international outcry and concern about climate change. One protester held up a sign that said “Rio 2050” and showed the city’s landmarks underwater, with the head of the iconic Christ the Redeemer statue’s head poking above the surface. 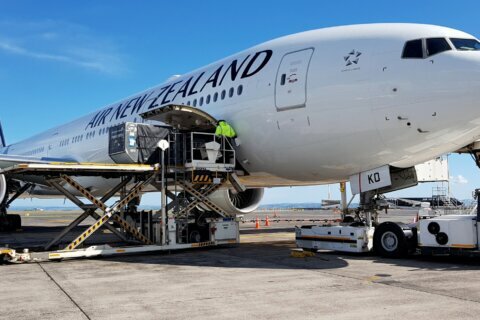 100,000 tourists stuck in New Zealand to leave as rules ease 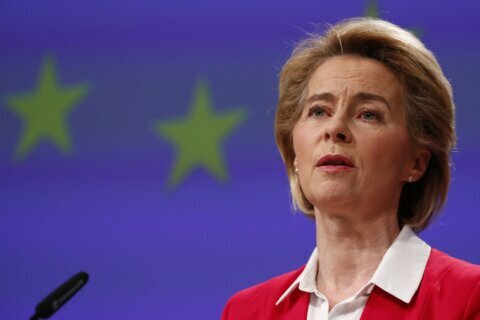 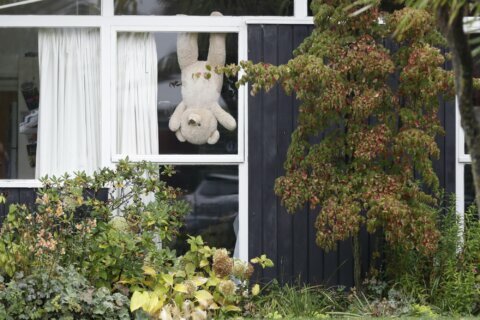