DAKAR, Senegal (AP) — An attack by extremists in Burkina Faso’s northern province has killed at least 24 soldiers, one…

DAKAR, Senegal (AP) — An attack by extremists in Burkina Faso’s northern province has killed at least 24 soldiers, one of the deadliest attacks on military in the West African nation’s history, the president said Tuesday.

Several more soldiers were wounded and five are still missing from the attack near the border with Mali in Soum province, said President Roch Marc Christian Kabore.

This “is a black spot in the life of our national army. This is the first time we have had the largest number of casualties in the attack on the Koutougou barracks,” he said. “It is a record that saddens us both at the level of the people of Burkina Faso in general, and at the level of the government in particular.”

The military earlier put the death toll at more than 10. It said an air and land operation has been launched “in reaction to the barbaric attack” to “neutralize” the assailants.

Violence by Islamic extremists has been increasing in Burkina Faso’s north and east. Attacks have already killed hundreds of people and thousands have fled the violence in the country.

Burkina Faso’s government last year declared a state of emergency in many of the country’s northern regions. Burkina Faso’s foreign minister in May warned that extremist violence is gaining ground in the Sahel region, which includes Mali, Niger and Chad, that could destabilize West Africa. 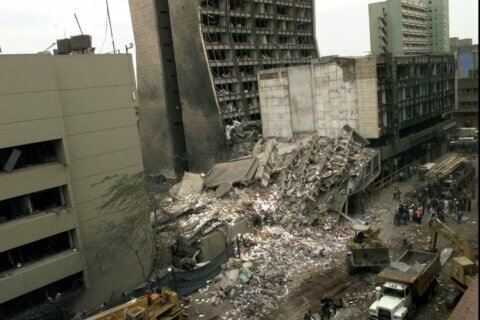