SAN JUAN, Puerto Rico (AP) — A Puerto Rico judge issued search warrants for the cellphones of government officials involved in a crude online chat whose leak has set off a political crisis that threatens to bring down the U.S. territory’s governor.

One of the search warrants said that government officials used the chat to transmit official and confidential information to private citizens in potential violation of ethics laws.

Kelvin Carrasco, a spokesman for the island’s Justice Department, said Tuesday that the warrants were approved overnight and issued to those who had yet to turn over their phones. He did not identify the officials and would not comment further.

The possibility that some of the 12 men in the chat, including former and current government officials, could face legal trouble deepened the crisis around Gov. Ricardo Rosselló.

One of the men who was part of the chat, Rosselló confidant and chief of staff Ricardo Llerandi, announced his resignation Tuesday, saying he and his family have received threats.

“The last few days have been extremely difficult for everyone,” he said. “At this historic crossroads, I need to put my family above everything.”

For the past week and a half, protesters have taken to the streets in Puerto Rico’s biggest wave of demonstrations in at least 15 years, demanding the governor step down in a furor set off by the release of an 889-page transcript showing Rosselló participating in an obscenity-laden chat with top advisers and at least one lobbyist.

“If the people want him to resign, his duty as governor is to resign because we’re the ones who choose,” said Alexander Ortiz, an 18-year-old university student from Gurabo.

The chat participants talked about politics and government contracts and also insulted women and mocked constituents, including victims of Hurricane Maria. Rosselló called a female politician a “whore,” referred to another as a “daughter of a bitch,” and made fun of an obese man with whom he posed in a photo.

Rosselló sounded a conciliatory note in a brief statement Tuesday.

“When one side speaks legitimately, the other has the responsibility to listen carefully,” he said. “The people are speaking and I have to listen. These have been moments of complete reflection and of taking decisions based on the concerns of the people of Puerto Rico and of their best interests.”

Rosselló said that from now on, he will talk only about government-related matters.

Chat participants who said they either met with justice officials or turned over their cellphones as requested last week include Llerandi; a former legal adviser to the governor, Alfonso Orona; and former Public Affairs Secretary Ramón Rosario.

The leaked chat has intensified long-smoldering anger over government corruption and mismanagement that many blame for a 13-year recession and a severe debt crisis that has led to pension cuts and school closings. Many are also resentful over Puerto Rico’s slow recovery from Maria, which devastated the island nearly two years ago and led to thousands of deaths.

As the search warrants were being approved, a small group of protesters clashed with police overnight, and a tear gas canister set a car on fire in the old colonial section of Puerto Rico’s capital where the governor’s mansion is situated.

The protests have escalated to a point where many wonder how Rosselló will be able to govern.

Rosselló dug his heels in late Monday, telling Fox News that he has already apologized and made amends following the leak of the chat. But many Puerto Ricans vowed to keep protesting until he steps down, no matter how long it takes.

“We can endure anything,” said Francisco Javier Díaz, a 30-year-old chemical engineer from the mountain town of Corozal. “We have the power and the resilience. And the truth is, we’re fed up.”

“Today, my daughter and her relatives are leaving to seek a better future in another country. Because they don’t have opportunities here,” he wrote in an Instagram post. “We all deserve peace and tranquility and political leaders with the highest values of integrity and commitment to service. … For the good of our society and our children, pass the baton, Ricardo Rosselló.” 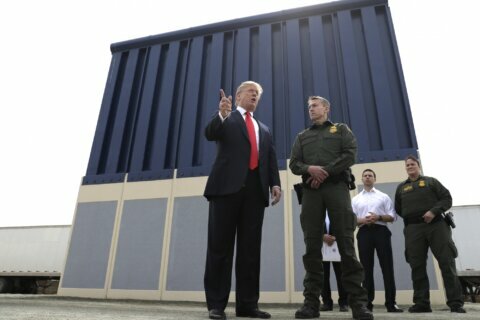 Trump administration picks a new leader for US Border Patrol 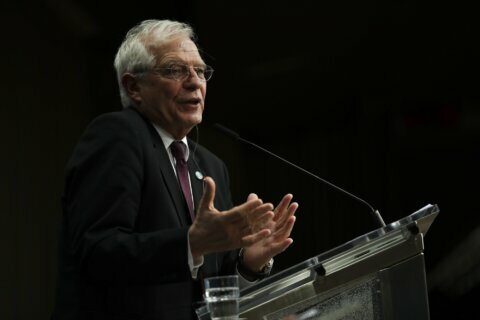 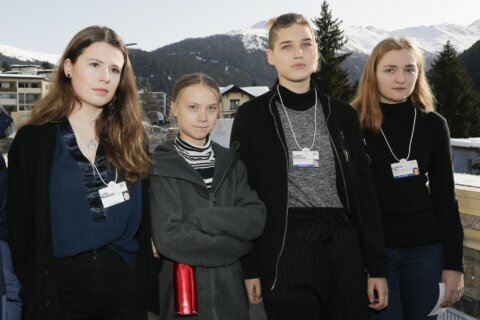