VATICAN CITY (AP) — Pope Francis urged foreign correspondents on Saturday to humbly use the power of the press to search for the truth and give voice to the voiceless, saying journalism is an important tool to counter the hatred, prejudice and fake news.

In an audience with the Foreign Press Association in Rome, Francis also urged journalists to not fall prey to sending click-bait headlines and half-reported stories, saying errors can not only misrepresent the truth but damage entire communities.

He lamented attacks on journalists around the globe and assured reporters that the Catholic Church at large appreciated their work “even when you touch a raw nerve, including within the ecclesial community.”

While Francis meets with journalists regularly during his foreign trips, it was the first time a pope has received the Foreign Press Association, which represents journalists from more than 50 countries, since St. John Paul II in 1988.

Francis kept his distance from the press in his native Argentina. But in the past year, he and his aides have repeatedly praised the role of the media in exposing the clergy abuse scandal and for reporting about the plight of migrants, “forgotten wars” and other cases of human suffering.

“We need journalists who are on the side of victims, on the side of those who are persecuted, excluded, thrown away and discriminated against,” Francis told the roughly 400 journalists and their families in the frescoed Sala Clementina of the Apostolic Palace.

“We need you and your work to not forget so many situations of suffering that often are in the dark, or have light shining for a moment only to return to the darkness of indifference,” he said.

The association’s president, Patricia Thomas of The Associated Press, told Francis that more and more journalists are being killed, threatened and imprisoned for merely reporting the news. But she said the threats weren’t merely physical.

“Today in many parts of the world, journalists are being discredited daily, accused of spreading fake news that is really just news that people in power don’t like,” she said. “This process of delegitimization has had a corrosive effect, the dangers of which are obvious.”

Francis said a free press was indispensable to guard against authoritarianism.

“Let’s not forget that in dictatorships, one of the first things they do is take away the freedom of the press or ‘mask’ and not allow a free press.”

But Francis also urged humility in reporting, saying reporters who think they know everything before they start out aren’t doing their job. And he warned against parroting the hatred, vitriol and prejudices in the current public discourse, urging instead calibrated language that respects the dignity of all.

Thomas invited Francis to visit the association’s headquarters, on the appropriately named Via del’Umilta — Humble Street — and gave him an honorary press card to get in the door. 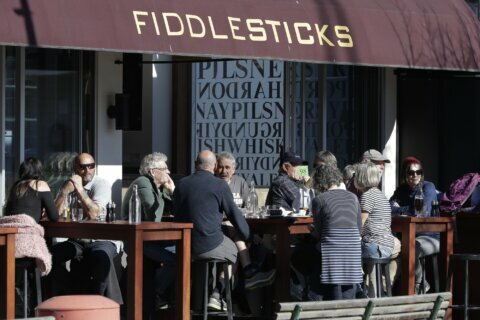 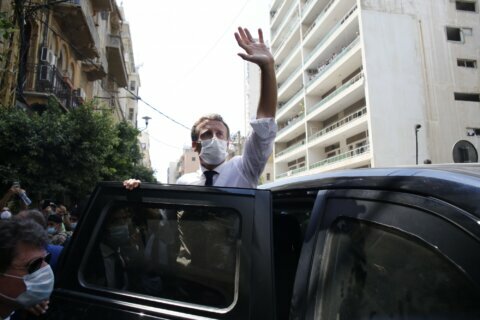