ROME (AP) — Italian police say they have arrested a 42-year-old gravestone maker after they found more than a kilogram (2.4 pounds) of cocaine hidden in two burial chambers at a Rome cemetery.

Police say Thursday that officers in pain clothes entered the Verano Monumental Cemetery after noticing a car going in at high speed. Police say the driver entered a chapel and removed the gravestone of a burial recess.

A few meters (yards) from the first hiding place the agents spotted another loose gravestone and found a handgun and ammunition.

The suspect is a marble worker who makes gravestones. He was detained on charges of drug trafficking and illegal possession of weapons. 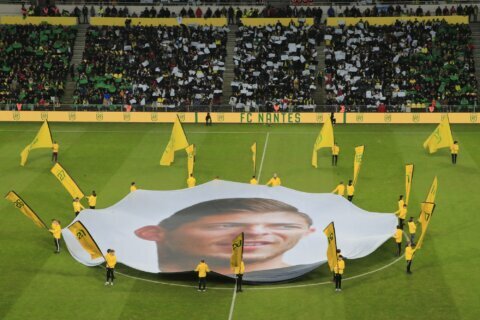