Always in control on the court, Sue Bird lasted about 10 minutes until the emotion of the moment and the finality of the decision got the best of her.

After 21 professional seasons, one of the greatest basketball careers ever is nearing its end.

“I feel like I’ve played as long as I can at a really high level both physically and mentally, and it’s just gotten harder,” Bird said, fighting through tears.

The Seattle Storm star and five-time Olympic gold medalist announced Thursday the 2022 season will be her last playing in the WNBA.

The announcement by Bird, 41, ended any speculation about her future; she had acknowledged in February when she re-signed with Seattle that this would likely be her final season. She strongly considered retirement after last season before choosing to return for a 19th season as a player.

Bird’s announcement came a day before Seattle’s game at Connecticut, the state where she was a collegiate star and national player of the year. The Storm will close out their road trip on Sunday in New York, about 30 miles from where Bird grew up in Syosset, New York.

It’s Seattle’s only scheduled trip to New York this season, which helped prompt her announcement.

“Knowing it was going to be my last game in New York is really what started the thought process around announcing that this would be my last year,” Bird said. “So that’s kind of the how, and the when. That was the motivating factor on the timing. And I feel like for every athlete, sometimes it really just comes down to you know when you know. There isn’t necessarily a recipe for it. You just know when you know.”

Bird is a four-time WNBA champion, 12-time All-Star and the oldest player in the league. She has spent her entire WNBA career with Seattle since becoming the No. 1 draft pick in 2002 following her storied college career at UConn. This season is her 21st associated with the franchise although just her 19th playing after missing two seasons because of injuries.

Her resume is the envy of anyone in professional sports, let alone basketball. National championships at UConn in 2000 and 2002. WNBA titles with Seattle in 2004, 2008, 2018 and 2020, the last coming inside the WNBA “bubble” in Florida amid the coronavirus pandemic.

Bird hoisted five additional titles playing overseas in the EuroLeague. Last year, she added a fifth Olympic gold in Tokyo to go along with the ones the United States earned in 2004 in Athens, 2008 in Beijing, 2012 in London and 2016 in Rio de Janeiro.

Bird was the AP national player of the year her final season at UConn. She is a five-time all-WNBA first-team selection, the league’s all-time leader in assists and the only player to appear in more than 500 games in league history.

She has been honored on every list imaginable as one of best and most influential players in the history of the league. And she’s the standard by which other point guards are judged.

Bird told her current teammates about her decision during a team dinner on Wednesday night and Seattle’s coaching staff Thursday morning. Bird also had a long list of former teammates, coaches, executives and friends she wanted to tell personally rather than hearing it through various channels. Among the most emotional was her talk with Karen Bryant, the general manager of the Storm when Bird was drafted in 2002.

Deep down, they all knew that the hints Bird gave over the past several months were leading to this announcement.

“Not a lot of people do something for their entire lives the way that athletes do. Don’t get me wrong, I know people are fulfilled in other ways. It’s not about a comparison. It’s just sports is different, I think,” Bird said. “I’ve been doing this since I was 5 or 6 years old. It’s really all I know. So of course, I’m sad. It’s a little bit of like a mourning knowing I’m going to miss it. But I mean, I’ve got no regrets. I feel wonderful about my career, the people I’ve met, the things we’ve all accomplished.”

Bird said she’s not really prepared for the farewell tour that’s likely to follow her every time she visits a WNBA road city for the last time.

“I feel like I don’t personally need that,” Bird said. “But I also understand that there are fan bases that that might want to, you know, take that moment. … But yeah, I’m not prepared for it.”

Bird turns 42 in October and was on the cusp of stepping away a year ago, and when the Storm were eliminated by the Phoenix Mercury in the playoffs, fans chanted “One more year! One more year!” as she did an on-court televised interview.

Those cheers were egged on by Phoenix’s longtime star Diana Taurasi, Bird’s former college teammate at UConn and part of all five of those Olympic gold-medal runs.

In the end, the fans — and Taurasi — got what they wanted. Bird came back, for exactly one more year.

“Sue Bird is Storm basketball,” her WNBA team tweeted moments after Bird made her decision known. “Every moment, every memory has one constant. No. 10. It’s time for the final chapter.” 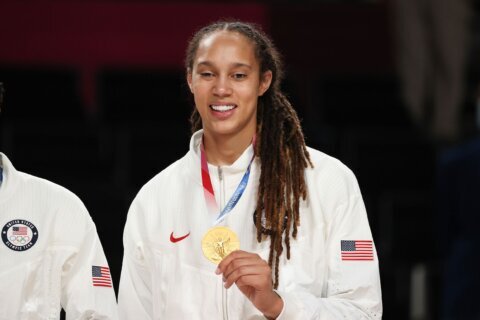 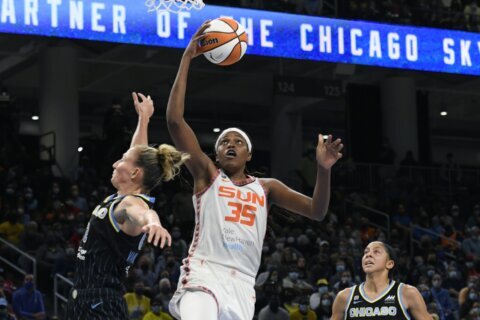 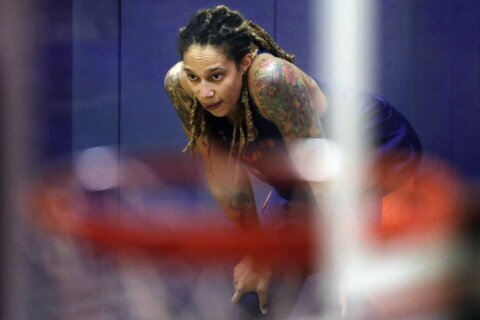