When President Joe Biden and first lady Jill Biden disagree, they don't hash it out in front of other people. Instead, she says, they argue by text — “fexting” as they call it.
Listen now to WTOP News WTOP.com | Alexa | Google Home | WTOP App | 103.5 FM
(1/4) 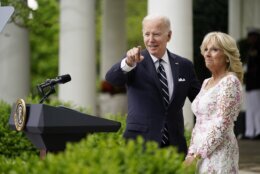 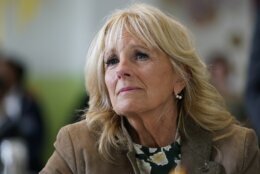 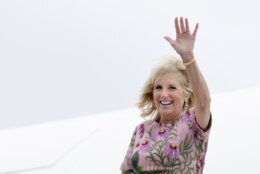 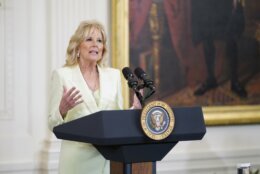 WASHINGTON (AP) — When President Joe Biden and first lady Jill Biden disagree, they don’t hash it out in front of other people. Instead, she says, they argue by text — “fexting” as they call it.

Jill Biden also told Harper’s Bazaar magazine in an interview that her divorce from her first husband taught her to be independent and that she has drilled that lesson into her daughter and granddaughters.

She says she could soon be sharing White House living quarters with a teenage granddaughter.

When Joe Biden was vice president, the couple decided to settle disagreements by text to avoid fighting in the presence of their Secret Service agents — and dubbed it fexting.

After she recently texted him in a fit of pique, he told her, “‘You realize that’s going to go down in history. There will be a record of that,’” she said. Presidential communications are preserved for the historical record. She told her interviewer, “I won’t tell you what I called him that time.”

The first lady appears on the cover of the publication’s June-July issue, available on newsstands June 7. Harper’s Bazaar said it’s the first time in its 155-year history that a U.S. first lady has been so prominently featured.

Jill Biden was 18 when she married her first husband. But by her mid-20s, she was divorced, alone and on her own for the first time in her life. The breakup dealt her an emotional blow as she had idolized her parents’ union and thought she’d have a marriage as long-lasting as theirs.

She finished college and became a teacher.

“I knew I would never, ever put myself in that position again, where I didn’t feel like I had the finances to be on my own, that I had to get the money through a divorce settlement,” she said.

“I drummed that into (my daughter), Ashley, ‘Be independent, be independent.’ And my granddaughters,” she said. “You have to be able to stand on your own two feet.”

She kept teaching throughout his rise in national politics, eventually becoming the first first lady to hold a paying job outside the White House. She fits her responsibilities as first lady around her twice-a-week teaching schedule at Northern Virginia Community College.

Granddaughter Naomi is engaged to be married and is planning a White House wedding reception in November. Another granddaughter recently told the first lady that she landed an internship in Washington and would like to move into the executive mansion for the summer.

“I’m going to be raising a teenager?” Jill Biden exclaimed. 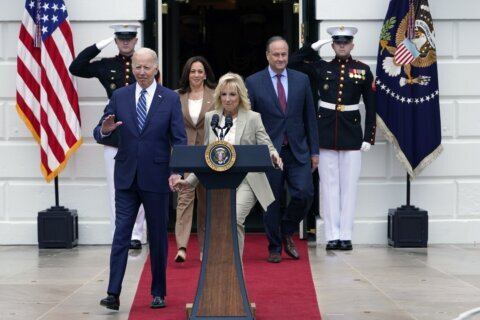 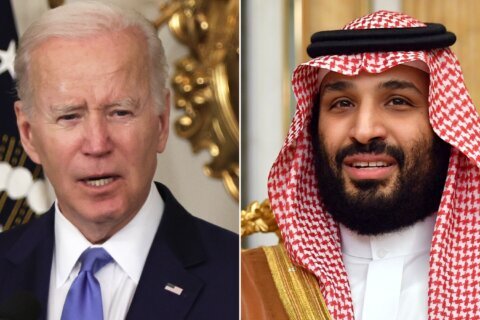 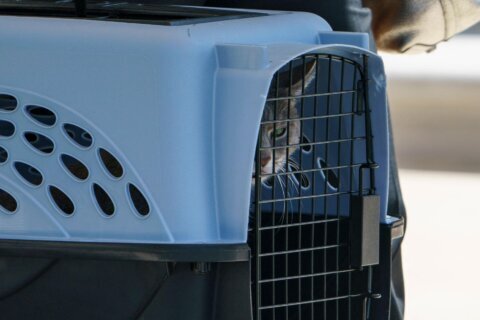