Washington — President Biden said on Thursday that Americans should soon begin to see the effects of the Colonial Pipeline coming back online, as the company restarts operations after a cyberattack forced its systems offline last week. The halt in pipeline operations has left many gas stations without gas in the Southeast, and often long lines in the stations that do have gas.

“They should be reaching full operational capacity as we speak, as I speak to you right now. That is good news,” the president said. “But I want to be clear. You will not feel the affects at the pump immediately. This is not like flicking on a light switch.”

Mr. Biden noted that there are 5,000 miles of pipeline to bring back online, and said a return to normalcy could stretch into next week. He urged Americans not to panic, acknowledging that it’s stressful to see gas stations without gasoline. He also urged gas stations not to gouge prices.

“Do not get more gas than you need in the next few days,” Mr. Biden said. “As I said, we expect the situation to begin to improve by the weekend and into early next week, and gasoline supply is getting back online, and panic buying will only slow the process.”

The ransomware attack on Colonial Pipeline, which was announced by the company on Friday, is the latest cybersecurity crisis confronting the Biden administration, following a sweeping cyber espionage campaign attributed to Russia that impacted nine federal agencies and 100 private companies, as well as a Chinese-linked Microsoft Exchange breach that affected scores of businesses nationwide.

Mr. Biden said there’s no evidence that the Russian government was involved in the ransomware attack on Colonial Pipeline, although U.S. intelligence points to the hackers living in Russia. That comment was met with immediate criticism from Russia hawks.

Asked if he’s confident Russian President Vladimir Putin wasn’t involved, the president responded: “I am confident that I’ve read the report of the FBI accurately. And they say they were not, he was not, the government was not.”

The FBI on Monday identified the criminal gang known as DarkSide as behind the attack. Mr. Biden said he is not ruling out retaliatory cyberattacks to shut down the perpetrators of the Colonial Pipeline attack.

The president declined to comment Thursday on a report from Bloomberg that Colonial Pipeline paid the hackers a $5 million ransom. White House press secretary Jen Psaki reiterated at the White House press briefing that “it continues to be the position of the federal government, the FBI, that it is not in the interests of the private sector for companies to pay ransom because it incentivizes these actions.”

In the face of the growing cyber threat, Mr. Biden took unilateral action Wednesday with an executive order aimed at shoring up the federal government’s cybersecurity defenses. While the order does not address critical infrastructure, it calls for the Commerce Department to craft new standards for software vendors working with the federal government and establishes a “Cybersecurity Safety Review Board,” composed of people from the public and private sectors.

The ransomware attack that hit Colonial Pipeline forced the company to shut down all 5,500 miles of its pipeline, which supplies 45% of the East Coast’s fuel. While the Biden administration eased regulations to avoid fuel supply disruptions as part of an “all-hands on deck” approach, the cyberattack still led to long gas lines as residents feared fuel shortages.

Numerous agencies across the federal government, including the Departments of Transportation and Energy, and the Environmental Protection Agency, took steps to boost the gas supply in affected states. On Wednesday, Homeland Security Secretary Alejandro Mayorkas approved a temporary waiver to the Jones Act to an individual company to ease oil supply constraints related to the Colonial Pipeline incident.

After Colonial Pipeline announced Wednesday evening it initiated a restart of pipeline operations, Psaki said in a statement that “there’s an end in sight.” Energy Secretary Jennifer Granholm tweeted Thursday morning that the restart of the pipeline “went well,” and predicted a return to normalcy by the end of the weekend, while the company said it has “made substantial progress” in restarting its pipeline system.

“This is a whole of government response to get more fuel more quickly to where it’s needed and to limit the pain being felt by American customers,” Mr. Biden said. 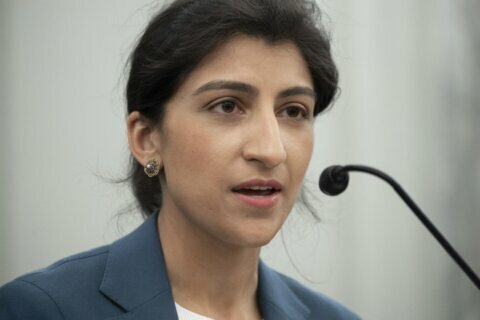 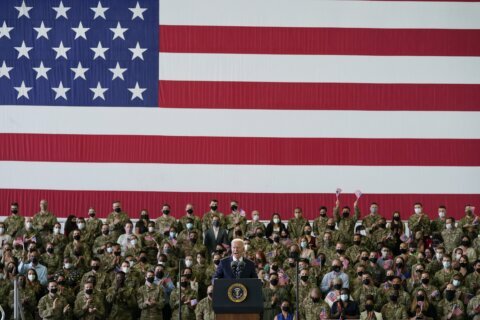 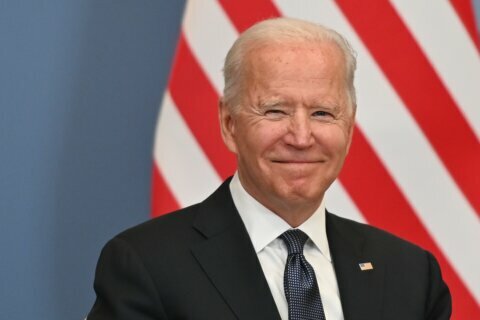 ‘Practical work’ summit for Biden, Putin: No punches or hugs