RUTH BADER GINSBURG, 1933-2020: Trump to Senate: Vote 'without delay' on his high court pick | How Ginsburg's death could reshape the election | How to honor RBG by supporting her favorite causes
Home » White House » Book: Pence told 'to…

Book: Pence told ‘to be on standby’ for Trump hospital visit

WASHINGTON (AP) — A new book is reviving questions about President Donald Trump’s unscheduled visit to Walter Reed military hospital last fall with the revelation that “word went out” for Vice President Mike Pence to stand by to temporarily assume presidential powers if Trump had to receive anesthesia for a medical procedure.

Pence said in an interview Tuesday evening that he doesn’t recall being told to be on “standby.”

The White House has said the president’s November 2019 visit, which raised questions at the time about Trump’s health, was part of his routine annual physical, and that the president wanted to get a head start on what typically is an hours-long, head-to-toe exam because he’d be busy this year with campaigning. Trump tweeted Tuesday night that the reason for the visit “was to complete my yearly physical.”

A president’s routine medical checkup typically is announced ahead of time.

The White House provided no other details at the time. His White House doctor said in a statement Tuesday the president “remains healthy” and “fit to execute the duties of the presidency.”

Pence said he’s always informed about the president’s movements, but there was “nothing out of the ordinary about that movement, or that day.” He referred other questions to the White House doctor.

“I don’t recall being told to be on standby,” Pence said on Fox News Channel’s “Special Report with Bret Baier.” “I was informed that the president had a doctor’s appointment.

“I gotta tell you, part of this job (as vice president) is you’re always on standby,” Pence said. “But the American people can be confident that this president is in remarkable good health and every single day I see that energy.”

Trump visited Walter Reed National Military Medical Center in Bethesda, Maryland, about two months after the Democratic-controlled House impeached him over his conduct toward Ukraine.

“In reporting for this book, I learned that in the hours leading up to Trump’s trip to the hospital, word went out in the West Wing for the vice president to be on standby to take over the powers of the presidency temporarily if Trump had to undergo a procedure that would have required him to be anesthetized,” Michael Schmidt writes in “Donald Trump v. the United States: Inside the Struggle To Stop A President.”

“Pence never assumed the powers of the presidency, and the reason for Trump’s trip to the doctor remains a mystery,” Schmidt says in the book. Schmidt is a New York Times and Pulitzer Prize-winning reporter.

Trump responded Tuesday on Twitter to Schmidt’s reporting and other speculation about his health, and later had his White House doctor attest to health.

“It never ends! Now they are trying to say that your favorite President, me, went to Walter Reed Medical Center, having suffered a series of mini-strokes. Never happened to THIS candidate – FAKE NEWS,” Trump tweeted.

Trump appeared to be responding to Clinton White House veteran Joe Lockhart, who tweeted Monday about Trump, asking: “Did @realDonaldTrump have a stroke which he is hiding from the American public?”

Dr. Sean Conley, Trump’s White House doctor, followed up with a statement in which he said Trump has not experienced or been evaluated for a stroke, a mini-stroke or any acute cardiovascular emergency.

“The president remains healthy and I have no concerns about his ability to maintain the rigorous schedule ahead of him,” said Conley, who flew with Trump to Wisconsin on Tuesday. “As stated in my last report, I expect him to remain fit to execute the duties of the presidency.” 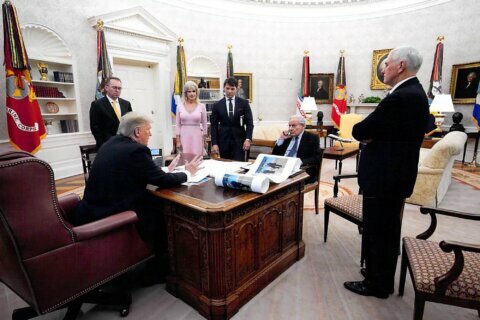 ‘Play it down’: Trump admits to concealing the true threat of coronavirus in new Woodward book 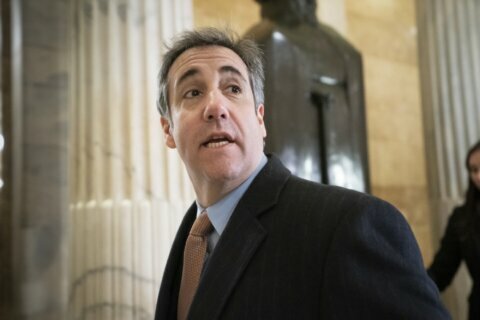 Cohen memoir casts him as ‘star witness’ against Trump 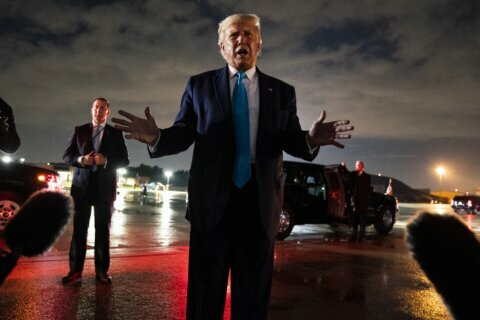