The White House has taken the unusual step of deciding not to release an updated economic forecast as planned this year, a fresh sign of the administration’s anxiety about how the coronavirus has ravaged the nation just months before the election.
Listen now to WTOP News WTOP.com | Alexa | Google Home | WTOP App | 103.5 FM

WASHINGTON (AP) — The White House has taken the unusual step of deciding not to release an updated economic forecast as planned this year, a fresh sign of the administration’s anxiety about how the coronavirus has ravaged the nation just months before the election.

The decision, which was confirmed Thursday by a senior administration official who was not authorized to publicly comment on the plan, came amid intensifying signals of the pandemic’s grim economic toll.

The U.S. economy shrank at a faster-than-expected annual rate of 5% during the first quarter, the Commerce Department reported Thursday. At least 2.1 million Americans lost their jobs last week, meaning an astonishing 41 million Americans have filed for unemployment benefits since shutdowns intended to prevent the spread of the coronavirus began in mid-March.

Trump argues that the economy will rebound later this year or in 2021 and that voters should give him another term in office to oversee the expansion. But the delay of the updated midyear economic forecast, typically released in July or August, was an indication that the administration doesn’t want to bring attention to the pandemic’s impact anytime soon.

“It’s a sign that the White House does not anticipate a major recovery in employment and growth prior to the election and that it has essentially punted economic policy over to the Fed and the Congress,” said Joe Brusuelas, chief economist for the consultant RSM.

The senior administration official, who spoke on condition of anonymity, maintained that the underlying economic data would be too uncertain to convey a meaningful picture about the recovery.

But the political stakes of a weakening economy are hard to overstate, especially in states such as Pennsylvania, Michigan and Wisconsin that are critical to the president’s reelection.

According to an AP-NORC poll conducted in May, 49% of Americans approve of how the president is handling the economy. That has dipped over the last two months, from 56% who said so in March.

Still, the economy remains a particular strong point for Trump. Before the outbreak began, and even as the virus started sending shock waves through the economy, approval of how he had handled the issue was the highest it’s been over the course of his presidency.

Since then, views on the economy have reversed dramatically.

The May poll found that 70% of Americans call the nation’s economy poor, while just 29% say it’s good. In January, 67% called the economy good.

Joe Biden, the presumptive Democratic presidential nominee, and liberal economists swiftly seized on the report’s delay to argue that Trump is seeking to avoid putting his administration’s imprint on bad economic news in the months before the Nov. 3 vote.

“This desperate attempt to keep the American people in the dark about the economy’s performance is not only an acknowledgement that Trump knows he’s responsible for some of the most catastrophic economic damage in American history, but also a sign of how stunningly out of touch he is with hard working Americans,” said Andrew Bates, a Biden campaign spokesman.

While the economic forecast is being delayed, updated information about the nation’s budgetary situation will still be released as expected this summer, the senior administration official said. A significant decline in tax receipts, as well as outlays from almost $3 trillion in coronavirus-related aid bills, is sure to produce a multitrillion-dollar government deficit for the budget year ending Sept. 30.

Paul Winfree, a former Trump White House director of budget policy, doubted that the holdup on the economic update was on Trump’s radar.

“Honestly, I don’t think the president thinks about the publication of the mid-session review and the politics around it,” Winfree said.

Maya MacGuineas, president of the Committee for a Responsible Federal Budget, noted that the law requires the White House to update its budget forecast. That responsibility is even more important given the uncertainty in the economy and the trillions of dollars in aid that have already changed the trajectory of government spending, she said.

“By staying silent on how to reallocate those federal dollars under an unprecedented economic downturn, the executive branch is doing a disservice to taxpayers and avoiding tough discussions we need to have about the new fiscal reality,” she said.

Jason Furman, who led the White House Council of Economic Advisers during the Obama administration, said the Trump administration pointing to economic uncertainty as the reason to put off the forecast doesn’t hold weight.

Trump has repeatedly predicted improvement in the third and fourth quarters of this year, and the president just this week predicted 2021 is going to be “one of the best years we’ve ever had.” White House senior adviser Kevin Hassett said earlier this week that a double-digit unemployment rate was possible in November.

“You have to make decisions on incredibly uncertain information right now,” Furman said. “They are out on TV every day making economic forecasts and predictions about what’s going to happen in the economy.”

The Trump team’s economic projections, like those from earlier administrations, have tended to be overly optimistic. Last year’s review estimated that the economy would grow more than 3% last year, but the actual gains were a far more lukewarm 2.3%.

It similarly claimed that growth under Trump would cause the budget deficit to fall as a share of the economy. That estimate could never have anticipated the outbreak of the coronavirus that forced more than $3 trillion in aid as the deficit is on course to reach new highs.

In 2017, the Trump administration criticized the Obama administration for rosy expectations of growth during the Great Recession more than a decade ago. An updated forecast in the mid-session review could make the Trump White House a similar target for criticism.

Jared Bernstein, a former economic adviser to Biden, said a timely update on the state of the economy is more important than ever.

“The idea that you’d abrogate that responsibility now is pretty serious fiscal malpractice,” Bernstein said. “They don’t like the numbers they’d have to write down. This is a White House that is in denial about the trajectory of the economy.” 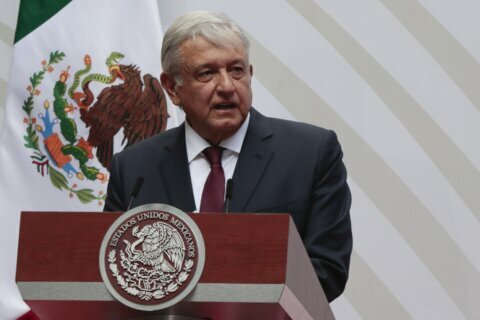 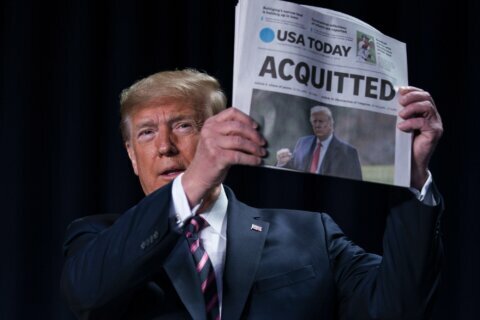