As Donald Trump leaves on Friday for his annual August holiday at his lush New Jersey golf club, he's confronting a storm of crises, at home and abroad, that could set the course for his reelection bid.
Listen now to WTOP News WTOP.com | Alexa | Google Home | WTOP App | 103.5 FM

NEW YORK (AP) — Now is the summer (vacation) of the president’s discontent.

As Donald Trump prepares to leave on Friday for his annual August holiday at his lush New Jersey golf club, he’s confronting a storm of crises, at home and abroad, that could set the course for his reelection bid.

With his poll numbers stalled and his ability to rally the country questioned, he’s being tested by an escalating trade war with China that may slow the economy, rising tensions with both Iran and North Korea and, in the aftermath of the mass shootings last weekend, pressure to act on guns and face accusations of his own role in fostering an environment of hate.

The dark clouds are converging as the Republican president’s bid for a second term takes on new urgency. Trump exudes confidence but as the two dozen Democrats eager to take his job sharpen their attacks, the White House — or, for the next 10 days, the clubhouse in Bedminster, New Jersey — will have to mount a multifront effort rooted in maintaining his base rather than trying to expand it.

“There are often presidents facing reelection who face an onslaught,” said Douglas Brinkley, presidential historian at Rice University. “Those are the times when you need to heal the nation’s wounds or make your case for a real change. But Trump long ago decided that he was going to try to be a president who divided and conquered to intimidate friend and foe alike.”

Unlike other embattled incumbents at this point in their terms, Trump does not face a serious primary challenge. His vise-like grip on the Republican Party has warded off insurgencies like Ronald Reagan’s challenge to Gerald Ford in 1976 or Pat Buchanan’s to George H.W. Bush in 1992, allowing him to focus solely on his foes across the aisle.

Trump has long bristled at the term “vacation” and is expected to hold a handful of official events and trips while settled in New Jersey’s horse country. But aides say his attention will be focused on golf, cable news and Twitter. They often worry about the scattershot outbursts — such as his “fire and fury” to North Korea in 2017 — that can emerge when Trump escapes Washington and has more access to his friends and less to his staff.

When Robert Mueller’s Russia probe wound down, culminating in the special counsel’s appearance before Congress last month, a sense of relief permeated the West Wing, which was finally free of the investigation that has shadowed the administration since its earliest days. But Trump’s punitive trade tariffs, his racially inflammatory language and now a renewed national call for action on gun control have created internal pressure on the president and his staff.

His reelection strategy, which has placed white grievance and immigration at the forefront in an effort that his aides say is designed to activate his base of conservative voters, represents an approach not seen by an American president in the modern era. Already condemned by Democrats, Trump’s language has come under increased scrutiny this week after a warning similar to his about a “Hispanic invasion” was found in the rambling screed linked to the gunman who killed 22 people in El Paso, Texas.

The president’s response to the shootings — nine more people were killed in Ohio a few hours after El Paso — has been uneven. He largely stayed out of view last weekend, also in Bedminster, and then on Wednesday turned a visit to the two grieving cities into an awkward mix of hugs and handshakes followed soon after by aggressive political attacks against Democrats.

Some Democrats have accused Trump of giving license to the hate lurking in dark corners of American life, even contending he has blood on his hands for the weekend of violence.

“It’s both clear language and in code: This president has fanned the flames of white supremacy in this nation,” said former Vice President Joe Biden in Iowa on Wednesday. “If Donald Trump is reelected, I believe he will forever and fundamentally alter the character of this nation.”

The White House did not respond to a request for comment Thursday.

But Trump’s problems extend beyond America’s borders. After he pulled the U.S. out of the Iran nuclear deal, Tehran upped its enriched uranium production, sending it last month over the limit specified by the agreement. Tension in the Persian Gulf has accelerated as Iran shot down a U.S. drone and seized control of ships in the Strait of Hormuz. American forces returned the favor, shooting down an Iranian drone.

The president opted against a military strike last month and indicated he would be open to talks, but Iranian President Hassan Rouhani has said he would only negotiate if all of the crippling U.S. sanctions were lifted. And he warned Tuesday that anyone’s conflict with Iran would “be the mother of all war.”

Trump has also mused about pulling American forces out of Afghanistan by the 2020 election, a move some aides fear would be premature and could lead to a dangerous vacuum in the region.

The president is personally invested in North Korea.

Just over a month ago, he became the first U.S. president to step into North Korea and, in a meeting with Kim Jong Un, negotiated a restart to talks that had broken down during a Hanoi summit in February. Trump has repeatedly praised Kim and the letters he has sent, believing that a close relationship is the key to nuclear breakthrough.

But since the meeting at the DMZ, with negotiations yet to resume, North Korea has tested several short-range missiles, a provocation that Trump has had to resort to diplomatic gymnastics to brush aside.

“These missile tests are not a violation of our signed Singapore agreement, nor was there discussion of short-range missiles when we shook hands,” Trump tweeted this week. “There may be a United Nations violation, but Chairman Kim does not want to disappoint me.”

The president’s top preoccupation of late, however, has been the escalating trade dispute with China. He fumed last week when negotiations in Shanghai broke down, and, against the advice of advisers, he slapped additional tariffs on China.

His moves rattled the financial markets, which have been volatile for days, and have worried West Wing aides who fear a battle with Beijing could not only hurt Trump voters, including farmers at the mercy of China’s retaliatory tariffs, but could undermine the president’s best argument for reelection, a strong economy.

The president himself does not seem bothered.

“He doesn’t think he is facing any challenges. His attitude is, ‘The economy is doing great, I am putting the hammer down on China, the rest is just noise,'” said former White House communications director Anthony Scaramucci. “The media is against him, his supporters are for him and the Democrats don’t seem like a threat.” 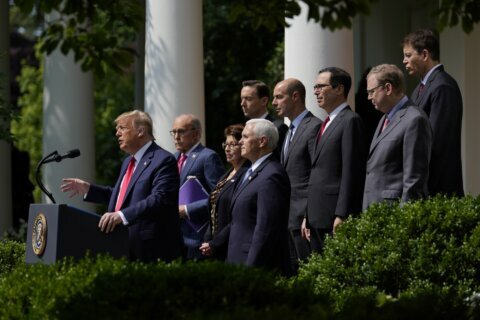 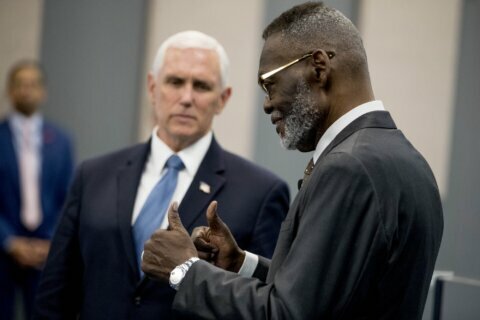 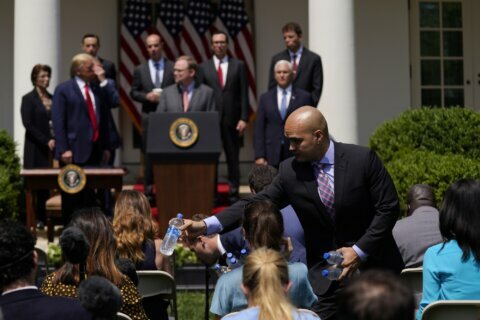