A major snowstorm pushed through the Northeastern United States on Sunday, less than a week after a storm dumped more than 2 feet on parts of the region.
Listen now to WTOP News WTOP.com | Alexa | Google Home | WTOP App | 103.5 FM
(1/18) 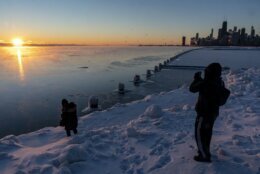 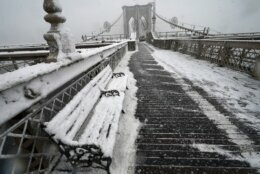 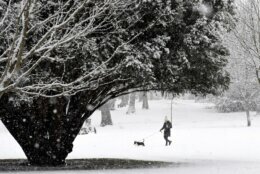 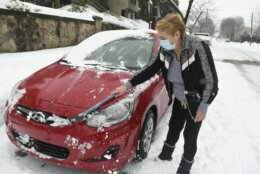 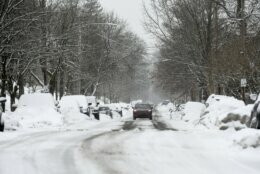 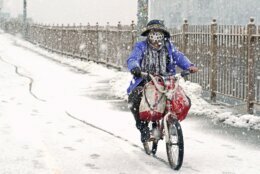 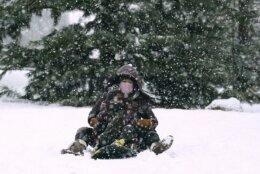 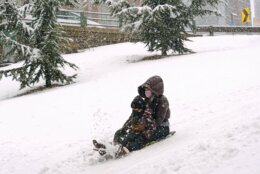 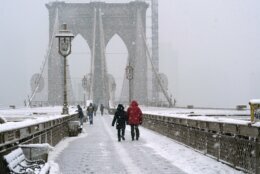 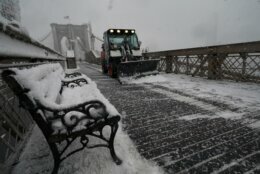 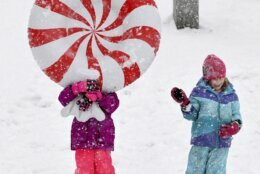 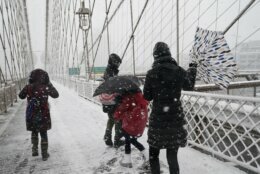 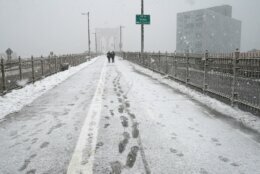 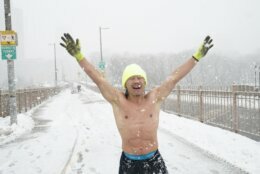 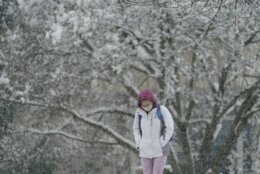 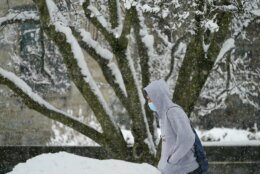 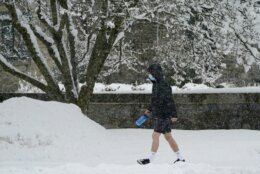 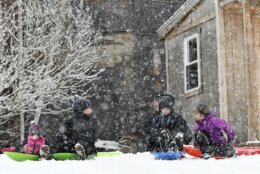 NEW YORK (AP) — A major snowstorm pushed through the Northeastern United States on Sunday, less than a week after a storm dumped more than 2 feet on parts of the region.

By early evening, snow totals had reached 8 to 11 inches from the New York metro region up to eastern Massachusetts. The National Weather Service reported 11 inches had fallen in Walpole, Massachusetts. Some areas on Long Island had seen 8 inches, and Westwood, in northern New Jersey, measured 9 inches. About 4 1/2 inches had fallen in Central Park.

The National Weather Service predicted up to 8 inches of snow in New York City and 2 to 4 inches in Washington, D.C. Up to a foot was projected to fall on some areas along the Connecticut coastline.

Large, fluffy flakes began falling in Rhode Island late Sunday morning, prompting local governments to enact street parking bans and warn of poor travel conditions for the rest of the day. A heavy band of snow heading northeast had dumped 5 inches in the towns of Sharon and Uxbridge, southeast of Boston, by 2 p.m.

In Connecticut, a jack-knifed tractor-trailer caused two exits to be closed on Interstate 84 in Middlebury, with only one lane of traffic getting by.

Weather service forecaster Bob Oravec said a mix of snow and rain would move northward up the East Coast. “It is a fast-moving storm,” Oravec said.

The massive snowstorm that hit the region on Feb. 1 forced the postponement of hundreds of vaccination appointments in New York and elsewhere.