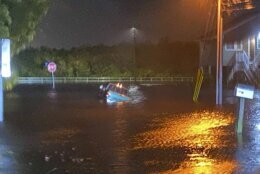 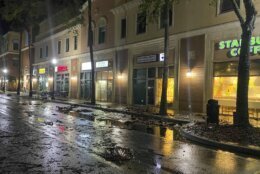 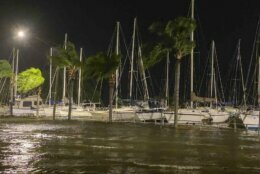 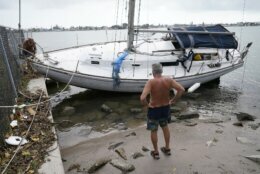 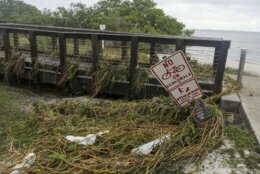 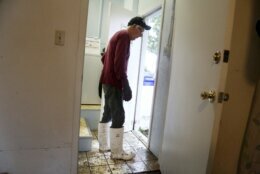 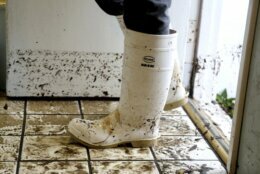 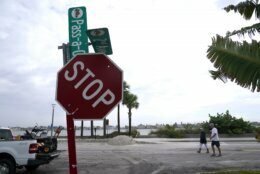 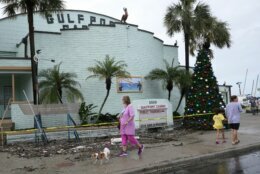 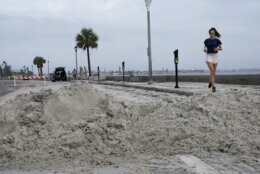 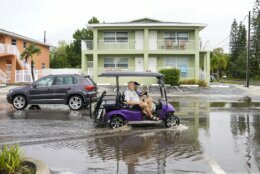 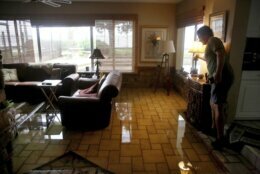 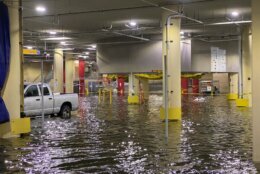 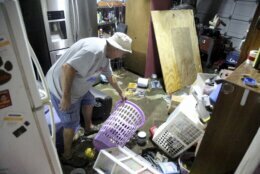 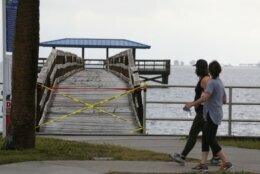 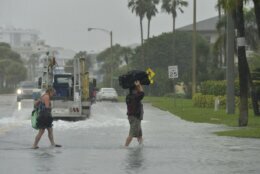 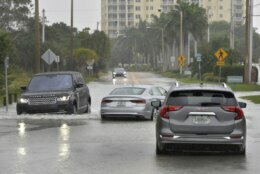 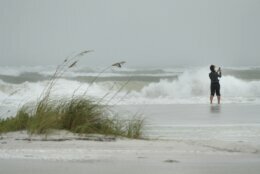 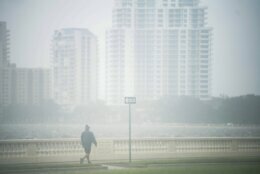 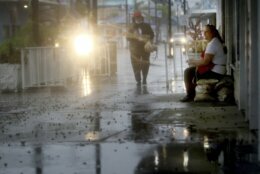 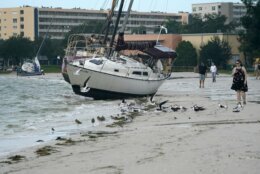 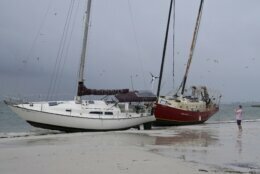 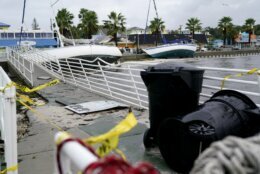 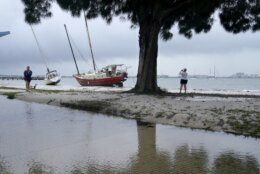 One death in Florida was linked to the storm, along with some scattered flooding and forecasters said the tropical storm was on a path offshore of South Carolina that would eventually take it further out to sea.

“It’s unfortunately been a tough day for the Carolinas today,” LaCourte said.

Some parts of the Carolinas saw three to seven inches (7.5 to 17 centimeters) of rainfall already by Thursday afternoon with more expected. That came amid a combination of moisture from the Gulf of Mexico being carried up by a cold front that had pushed Eta across Florida earlier.

At 10 p.m., the storm was centered about 65 miles (100 kilometers) east-southeast of Charleston, South Carolina. It had top sustained winds of 45 mph (17 kph) and was moving to the northeast at 17 mph (28 kph). The National Hurricane Center in Miami said Eta was expected to pick up forward speed in the next day or so as it pulls away from the Southeast seaboard.

Earlier Thursday, Eta was in the Gulf of Mexico when it slogged ashore near Cedar Key, Florida. It then moved northeast across Florida in a matter of hours before crossing over into the Atlantic, forecasters said.

Although it was not the most powerful storm to hit the U.S. this year, Eta had broad impacts across the Tampa Bay region on Florida’s Gulf Coast, buffeting an area of more than 3.5 million people with gusty winds and rain.

In Bradenton Beach, Florida, Mark Mixon stepped into his flooded garage as he was laying sandbags around his home Wednesday evening and was electrocuted, said Jacob Saur, director of public safety for Manatee County. There were appliances plugged into the garage and Mixon was killed when he stepped into the water, Saur said.

The storm earlier forced the closure of some lanes of Tampa Bay bridges because of storm surge but they began reopening Thursday. Also reopened was the Sunshine Skyway Bridge in the region.

Earlier, firefighters in Tampa had to rescue around a dozen people who got stuck in storm surge flooding on a boulevard adjacent to the bay. Some vehicles remained on the roadway Thursday. Isolated neighborhoods also experienced enough flooding to evacuate.

J.P. Brewer, owner of Salty’s Gulfport, was cleaning up after her beachside restaurant flooded early Thursday.

“It was pretty bad last night when I came in,” she said, adding that there were already 3 to 4 inches (8 to 10 centimeters) of water inside by just before high tide. “We’re in here doing our cleanup today and assessing the damage. I think we fared pretty well considering as bad as it looked last night.”

Several sailboats broke free from their moorings and washed ashore in Gulfport, Florida, including the vessel where Mo Taggart has lived for two years with her dog. She thinks the boat is a total loss.

It was the 28th named storm of a busy Atlantic hurricane season, tying the 2005 record for named storms. A 29th named system, Tropical Storm Theta, was centered late Thursday about 440 miles (705 kilometers) south of the Azores and moving east. It had top sustained winds of 60 mph (95 kph). 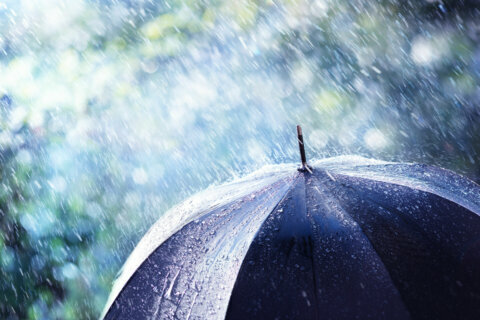 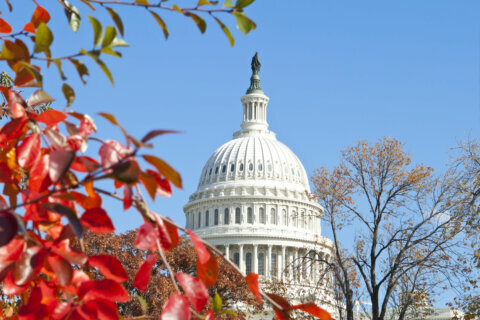