Tropical Storm Eta is strengthening over the Gulf of Mexico, and it could soon veer toward Florida once again.
Listen now to WTOP News WTOP.com | Alexa | Google Home | WTOP App | 103.5 FM

After briefly becoming a hurricane Wednesday morning, Eta has weakened slightly and is now a high-end tropical storm with 70 mph sustained winds. Eta meandered around the southeastern Gulf of Mexico for a few days, but is now heading toward a Thursday morning landfall along the west coast of Florida.

With Eta’s drop below hurricane strength, the hurricane watch for portions of Florida’s west coast have been dropped.

At 7 p.m. Wednesday, the storm was 55 miles west of Tampa, and moving to the north at 12 mph. Eta likely peaked in intensity on Wednesday morning, but will still be a strong tropical storm when it makes landfall north of Tampa, the National Hurricane Center said.

Tropical storm-force winds have been impacting western Florida throughout the afternoon and will continue through Wednesday evening. A 60-mph wind gust was reported in Punta Gorda, Florida, as well as wind gusts up to 55 mph in St. Petersburg.

Eta is already bringing heavy rain along the west coast of Florida and tornadoes are also possible as the outer bands of Eta continue to move onshore.

In addition to tropical-storm-force winds and gusts up to hurricane force, much of western and central Florida will receive 2 to 6 inches of rainfall through Thursday.

The onshore push from the winds will result in 2 to 5 feet of storm surge along much of Florida’s west coast, including the very vulnerable Tampa Bay area. Water levels are already two to three feet above normal and the water will continue to pile up over the next several hours.

Eta is expected to “make landfall along the western coast of the northern Florida peninsula in the region from Cedar Key to Crystal River and is then expected to accelerate northeastward across northern Florida as a weakening tropical cyclone,” according to the hurricane center.

This would be the storm’s fourth landfall. Eta first made landfall in Central America last week and as a Category 4 hurricane, then in Cuba and in Lower Matecumbe Key late Sunday.

Around midday Thursday, the center will emerge in the Atlantic, off the coast of Jacksonville, and begin to pull away from the U.S.

Meanwhile, Subtropical Storm Theta formed in the Atlantic Ocean on Monday night, making 2020 the most active hurricane season on record with 29 storms so far.

No watches or warnings are in place as Theta, now a tropical storm, will travel east and stay in open water before dissipating, according to the NHC.

And with weeks to go until the official end of the Atlantic hurricane season, yet another storm looks to be forming south of Puerto Rico, the NHC said, and there’s a 90% chance it will become the 30th named storm, breaking Theta’s brand-new record.

“A tropical depression is likely to form late this week or this weekend when the wave reaches the central or western Caribbean Sea,” the agency said.

This is the latest in hurricane season that two named storms have been active at the same time in the Atlantic since 1932. And Eta is the 12th named storm to make landfall along the US this season, breaking the previous record of nine set in 1916. 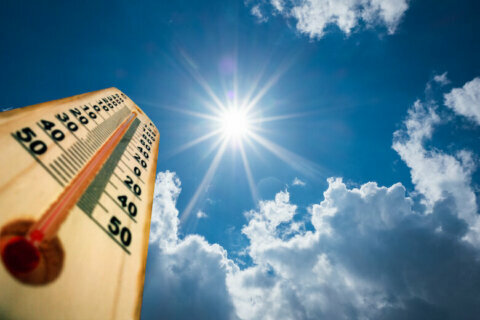 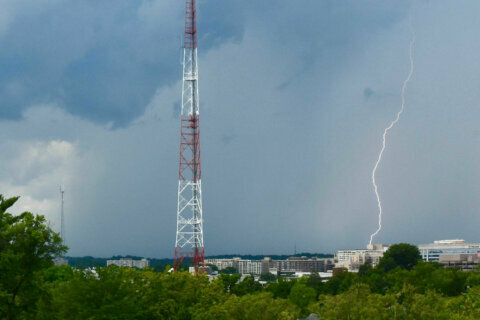